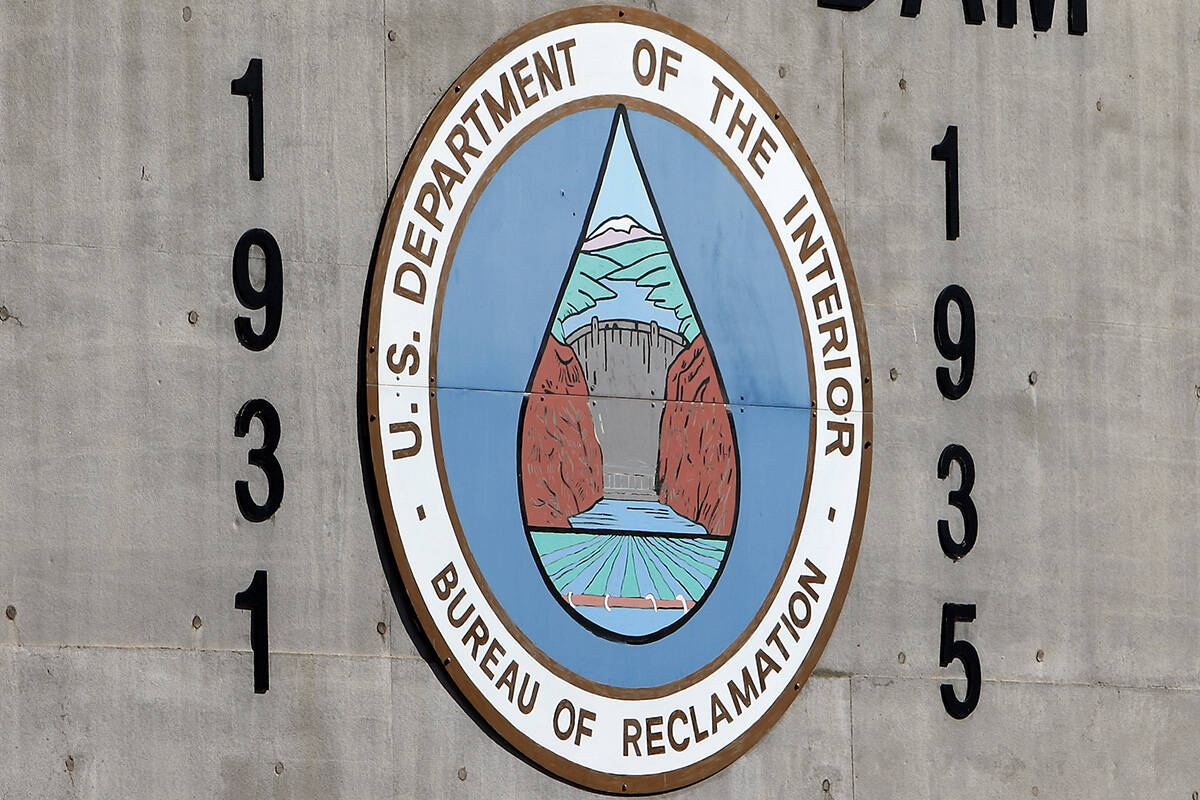 The historic Bureau of Reclamation seal and the construction start date (1931) and dedication date (1935) of Hoover Dam are seen. (Las Vegas Review-Journal)

WASHINGTON — Camille Touton of Nevada was confirmed by the Senate on Thursday to be commissioner of the Bureau of Reclamation, which oversees water management of the Colorado River in Western states.

Touton, of Filipino ancestry, moved as a child to Nevada. Las Vegas became her adopted home and she became interested in water, she told the Senate Energy and Natural Resources Committee during a September hearing.

She told the panel water management in the West is a major concern and priority.

“The unprecedented drought has made the task even more challenging, as major reservoirs are at their lowest levels since filling, and the projections for relief in the face of climate change are not encouraging,” she told the hearing.

She was introduced to the panel by Sen. Catherine Cortez Masto, D-Nev., a member of the committee. Touton sailed through the confirmation process with bipartisan support, particularly from Western state Republican senators.

Touton recently served as Bureau of Reclamation deputy commissioner. She received degrees from the University of Nevada-Las Vegas and George Mason University.

“She is an expert on water rights and someone who knows the lay of the land in Nevada,” said Carl Tobias, a University of Richmond law professor and founding faculty member of the UNLV William S. Boyd School of Law.

Touton will be directly involved in Colorado River management, Lake Mead and water issues that impact Nevada and other Western states, Tobias said.

She also becomes the first Filipino-American to hold such a position in the Interior Department.

Interior Secretary Deb Haaland said Touton would bring a wealth of knowledge and experience to manage water for current and future generations.

Biden appointed Touton to the position in January.