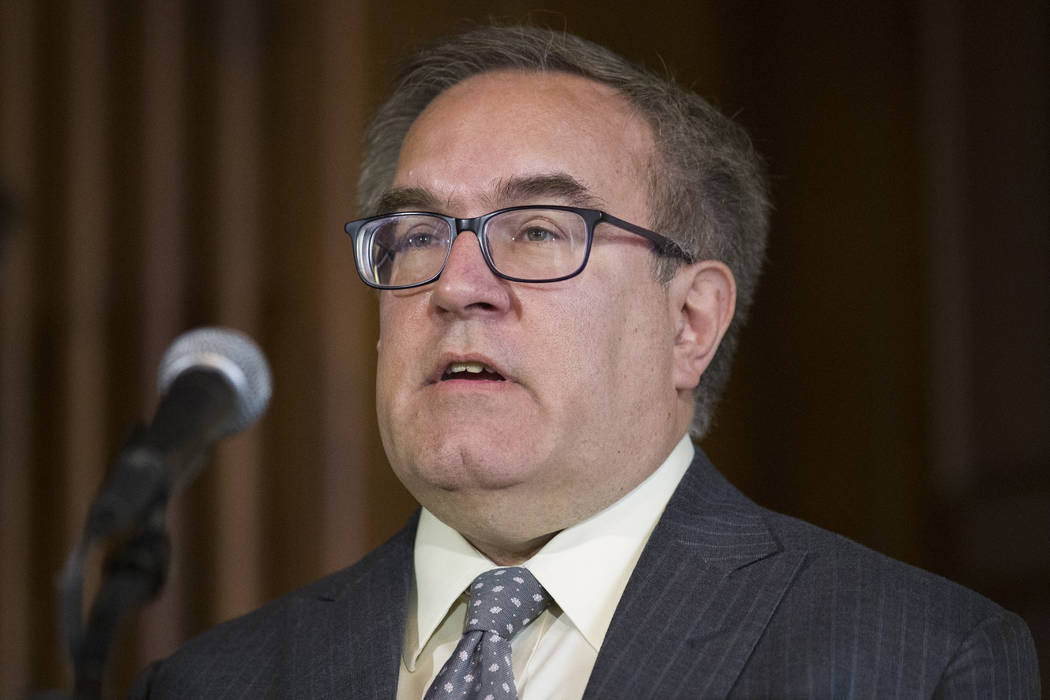 WASHINGTON — President Donald Trump’s administration is moving forward on his commitment to roll back Clean Water Act regulations implemented by the Obama administration in 2015 over the objections of American farmers.

Environmental Protection Agency Administrator Andrew Wheeler on Thursday will sign a “final rule” to repeal the Obama “waters of the United States” regulation that expanded waterways and wetlands subject to federal regulations.

“Our ultimate goal is that the definition should be so easy to understand that a property owner can stand on his or her property and be able to tell for themselves whether or not they have a federal waterway without having to hire an outside consultant or attorney,” Wheeler told reporters during a conference call.

Wheeler also argued that the move would end the “patchwork approach on the regulations” — with 22 states operating under the 2015 rule and the 28 other states subject to separate regulations.

Nevada is one of the states operating outside the Obama-era rules after then-Nevada Attorney General Adam Laxalt joined 12 states in a successful legal challenge to the rule.

In a news release, Laxalt argued that the rule “would have created federal control over even dry irrigation ditches and puddles by improperly expanding federal oversight into areas better managed by state and local governments.”

The controversy offers up a classic clash between western land use champions, who fear the government wants to micromanage even dry land, and environmental activists, who warn that eliminating the 2015 regulation will remove important clean water protections.

But Wheeler described Trump’s executive order as a bid to restore “role of states and landowners in managing their land and water resources, while at the same time promoting economic growth.”

Assistant Secretary of the Army for Civil Works R.D. James also will sign the rule at an event held at the National Association of Manufacturers headquarters Thursday afternoon. That group’s CEO, Jay Timmons, will attend.

The rule will take effect 60 days after publication in the Federal Register.

Laxalt, a Republican, offered that while his lawsuit prevailed in a unanimous 2018 ruling on procedural issues, “the Supreme Court hasn’t definitively ruled on (the Waters of the United States rule).”

If the 2015 rule were to become law, “every water project, every agricultural project, construction, transportation, all of these things are hard to get through state and local government entities.” Adding a federal government headquartered 3,000 miles away would make it even harder to get things done, he said.

In response to a question from the Review-Journal, Nevada Attorney General Aaron Ford said in a statement, “At this time, Nevada believes it would be in its best interest to remain under the pre-2015 (water) rules.”