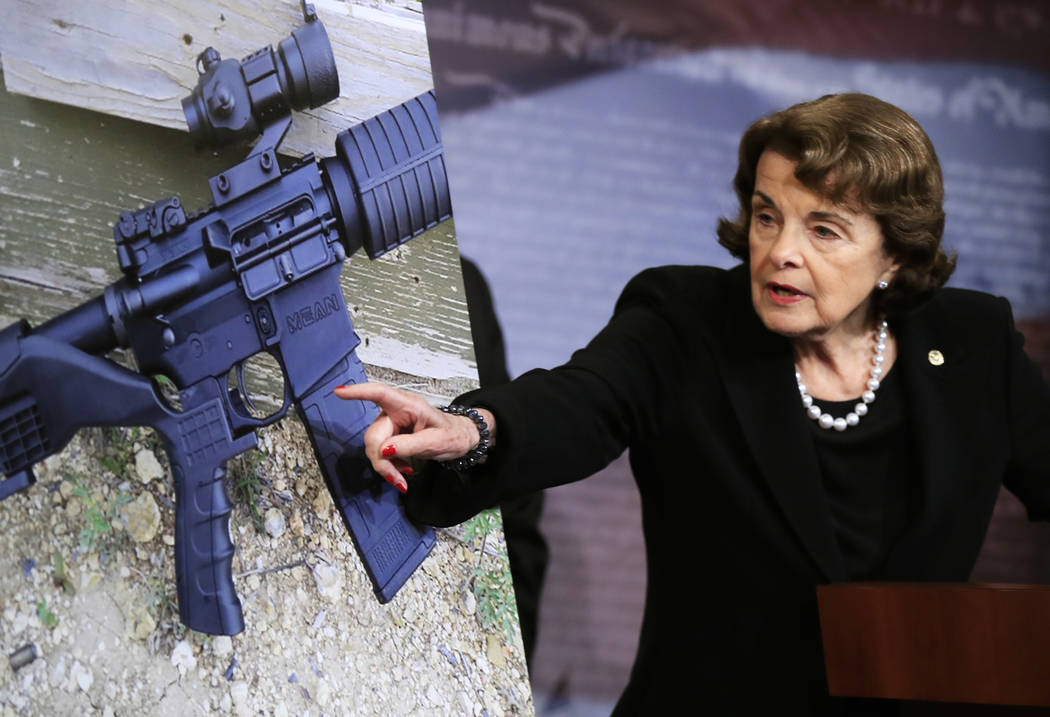 WASHINGTON — Despite a report last month that the Trump administration would announce a ban on bump stocks “in the coming days,” a rule that would make it illegal to own the type of device used in the Oct. 1 shooting in Las Vegas continues to languish without any official explanation.

On Nov. 28, CNN cited anonymous sources in its report that the administration was just days away from announcing a “long-anticipated rule officially banning bump stocks” — devices that accelerate a gun’s firing rate with a single pull of the trigger.

The CNN report, which the Review-Journal could not confirm, came two months after the White House told the Review-Journal shortly before the one-year anniversary of the Oct. 1, 2017, attack that the Department of Justice would act soon.

In the days since the CNN report, however, administration officials have rebuffed repeated requests by the Review-Journal for comment on the status of the rule.

The revelation that the gunman had used bump stocks to accelerate his rate of fire in the shooting that left 58 concertgoers dead and hundreds injured triggered calls from Democrats and some Republicans to ban the devices.

Even gun rights groups, which generally march in lockstep in opposing new limits on firearms, split on the issue. The Gun Owners of America came out against a ban, fearing it could be expanded “to ban AR-15s and other semiautomatic firearms.” But in a departure from its usual resistance to compromise, the National Rifle Association said that it backed “tougher regulation of bump stocks.”

White House press secretary Sarah Sanders told reporters at the time that President Donald Trump was “very open” to regulation of the devices, which had been approved by the Bureau of Alcohol, Tobacco, Firearms and Explosives in 2010, under President Barack Obama. And Trump has said that the administration is working on a ban and that congressional action is not needed because “we can do that with an executive order.”

Much of the work to put a ban in place through regulatory changes already has been done.

The Department of Justice proposed a rule change in March that would define bump stocks and other devices that accelerate the rate of fire with a single pull of the trigger as machine guns under the 1934 National Firearms Act. Its language in that draft did not “grandfather” devices purchased before implementation. Instead, after a 90-day period to give the public time to comply, possession of bump stocks would constitute a felony.

First there was a public comment period that ended on June 27. Then the ATF had to review some 94,000 comments.

According to Trace, a “nonprofit newsroom” that covers gun violence, 73 percent of the comments received after the March announcement supported regulating bump stocks.

In September, Sanders told the Review-Journal that the Department of Justice had drafted regulations and forwarded them to the Office of Management and Budget for review.

Since, there has been only silence from the administration, supporters and critics of the ban have engaged in finger-pointing about the process and whether a rule change is the best way to address the issue.

David Chipman, a former ATF agent who now advises the gun-control group Giffords — founded by former Rep. Gabby Giffords, D-Ariz., after she was shot by a gunman in 2011 — said he is shocked he has not seen the “public-safety urgency” he expected after the Las Vegas massacre.

“Hopefully (the devices) won’t be used in another mass attack,” said Chipman, who describes the Las Vegas attack as “the 9/11 of mass shootings.”

Chipman maintains that the fastest and surest way to ban the devices would be for Congress to pass legislation. That also would make it harder for opponents to argue that the feds had misinterpreted the law, he said.

But Ken Klukowski, a senior fellow with the conservative American Civil Rights Union who has participated in Supreme Court litigation on the Second Amendment, said “the Giffords group has it precisely backward.”

“Regulations can often … be implemented more quickly than statutory changes,” he noted, adding that the Giffords group is “just trying to find fault with the current administration for crass partisan political reasons, not the policy itself.”

While Congress moved to ban the devices, early signs of bipartisanship on the issue led nowhere.

Rep. Dina Titus, D-Nev., author of the Closing the Bump-Stock Loophole Act, said she plans to introduce another bill next year, when Democrats take control of the House.

However, it is not clear whether such a bill, if it were to pass the House, would receive the 60 votes needed in the GOP-controlled Senate.

Titus and fellow Democrat Sen. Catherine Cortez Masto both say legislation is the best way to ensure that the devices are taken out of circulation.

“Our current gun laws do not provide the regulatory authority to the (ATF) to take action,” Titus said in a statement.

But Klukowski told the Review-Journal that he believes the proposed regulation would stand up to any legal challenges as well as any new law on the books.

And he warned that efforts to craft a ban could fail because Democrats likely would turn any legislation into “a Christmas tree” that would impose numerous new limits on Americans’ Second Amendment right to keep and bear arms.

Chipman has different concerns, fearing any new regulation put forth by the Trump administration would be “caught up in the courts for years to come. That was “the political calculation” in pushing for a regulatory change, rather than putting a new law on the books, he said.

At this point, though, he isn’t sure the administration will go forward with the proposed ban, as he does not see a good reason for a delay.

He also took issue with Trump’s comments on the anniversary of the Las Vegas shooting indicating that he had acted to eliminate bump stocks.

“No, you didn’t,” Chipman said in a belated rejoinder. 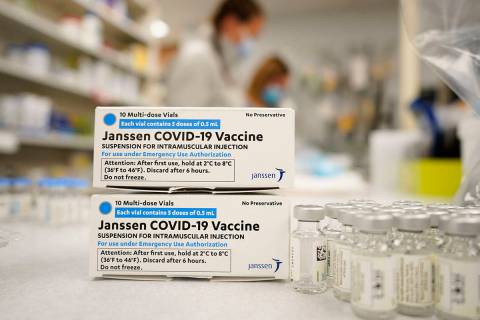 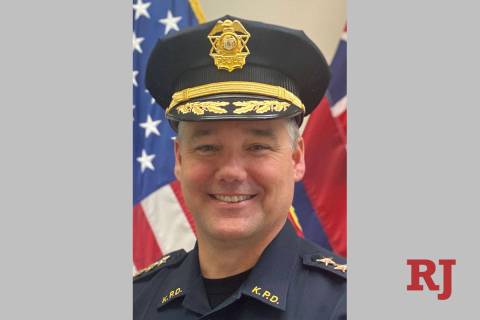