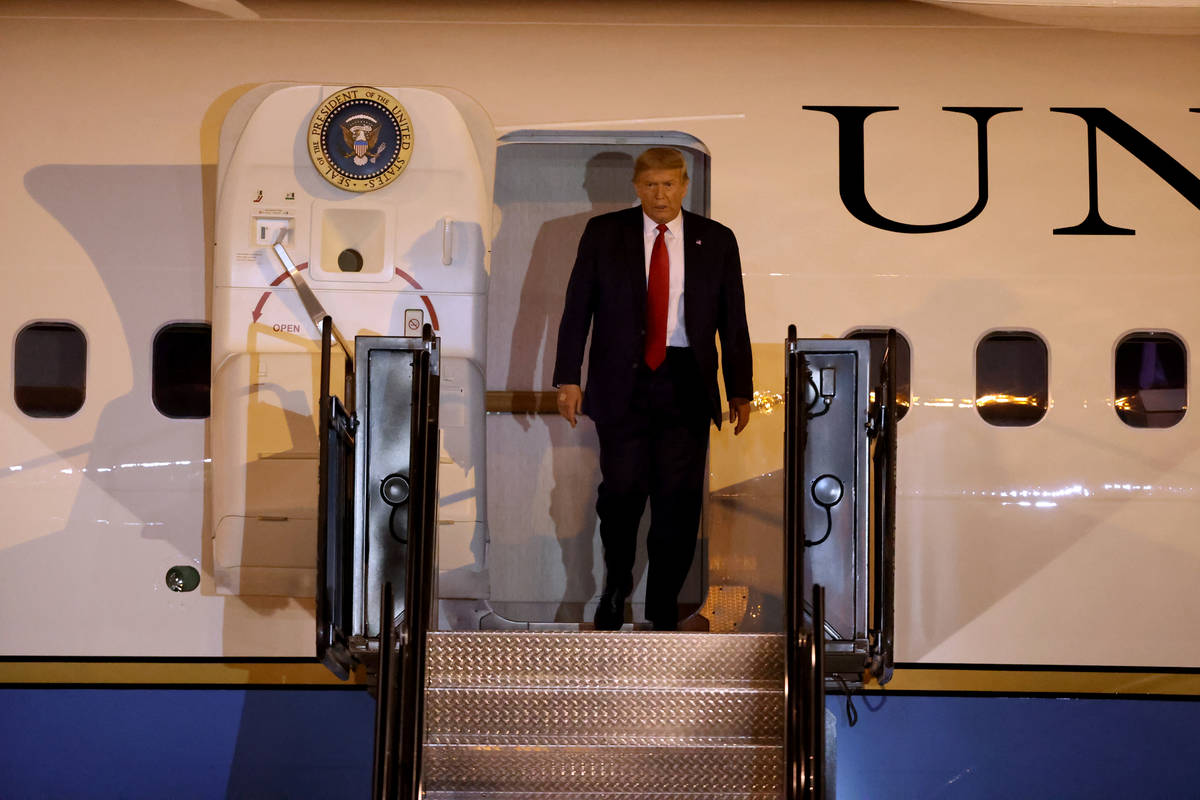 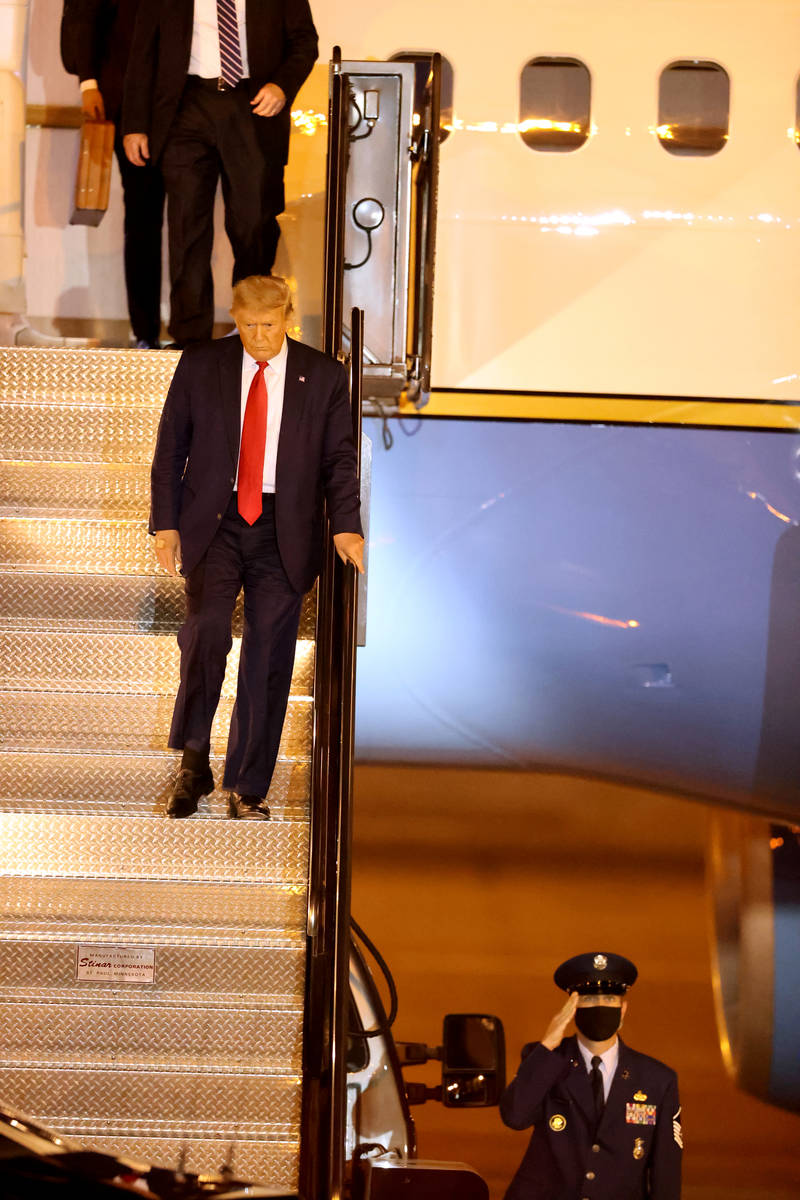 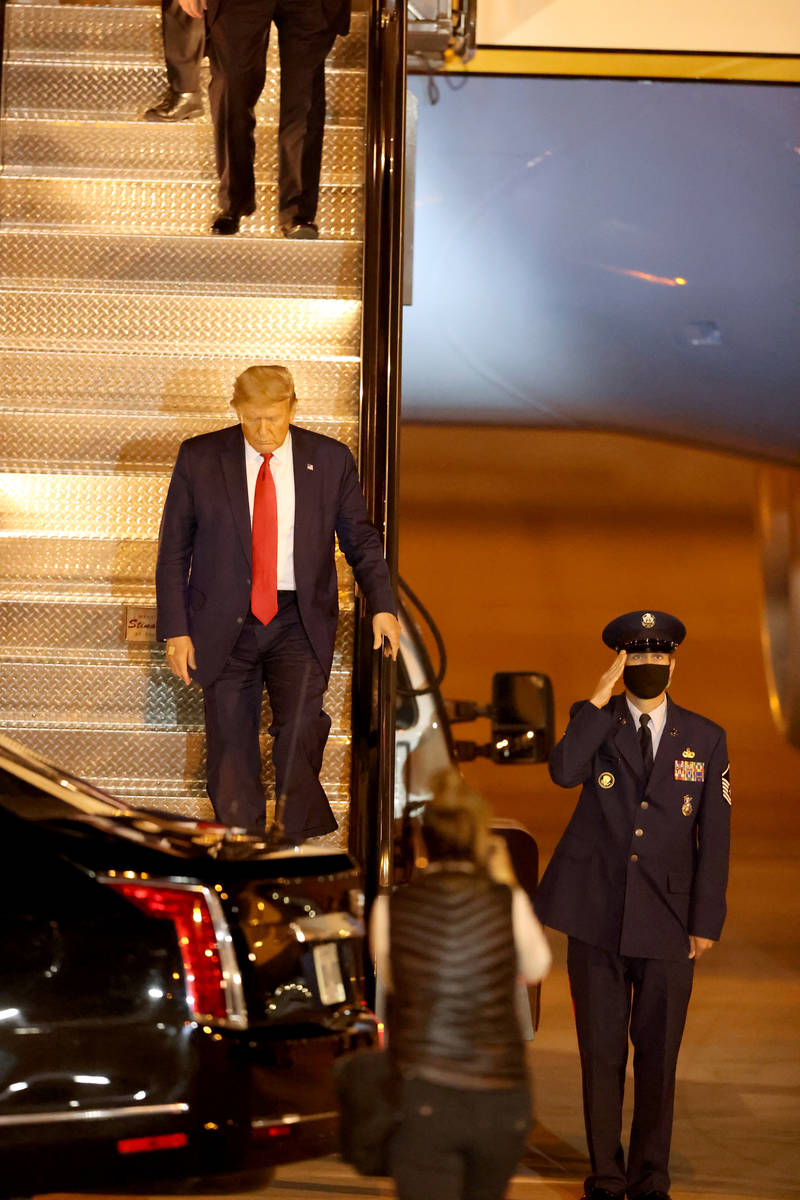 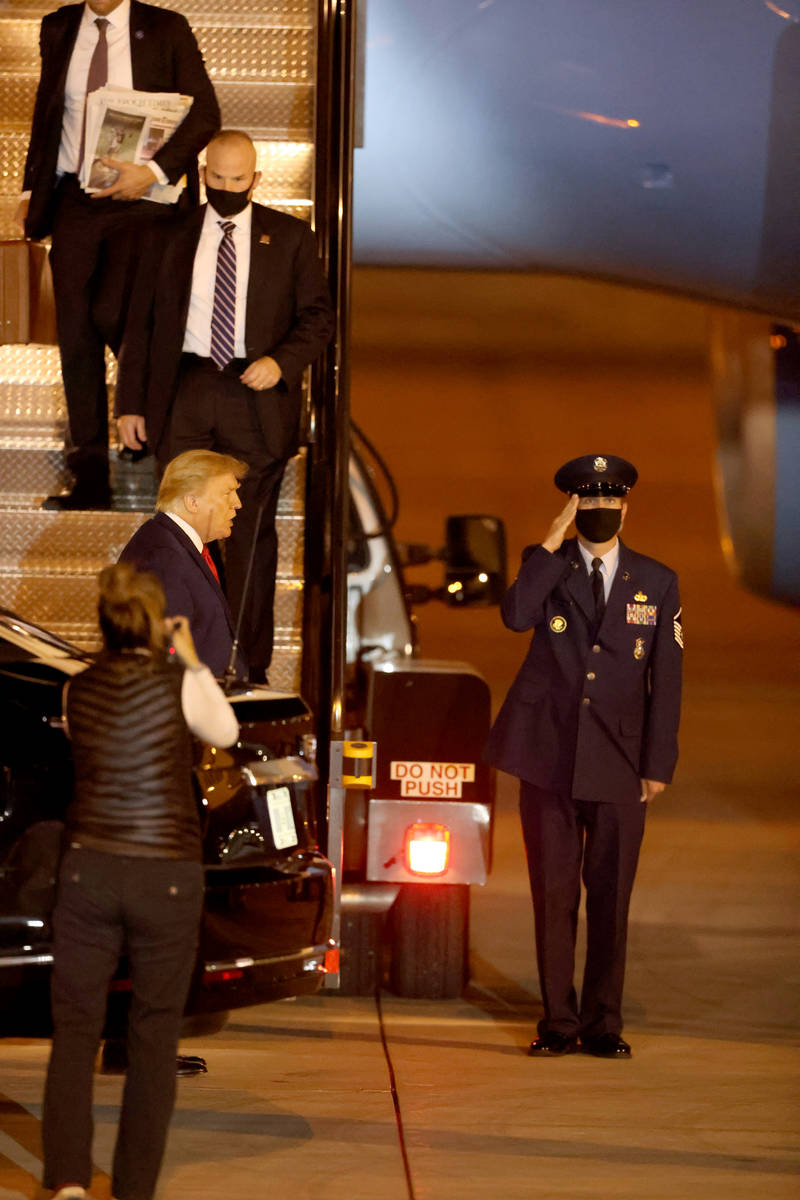 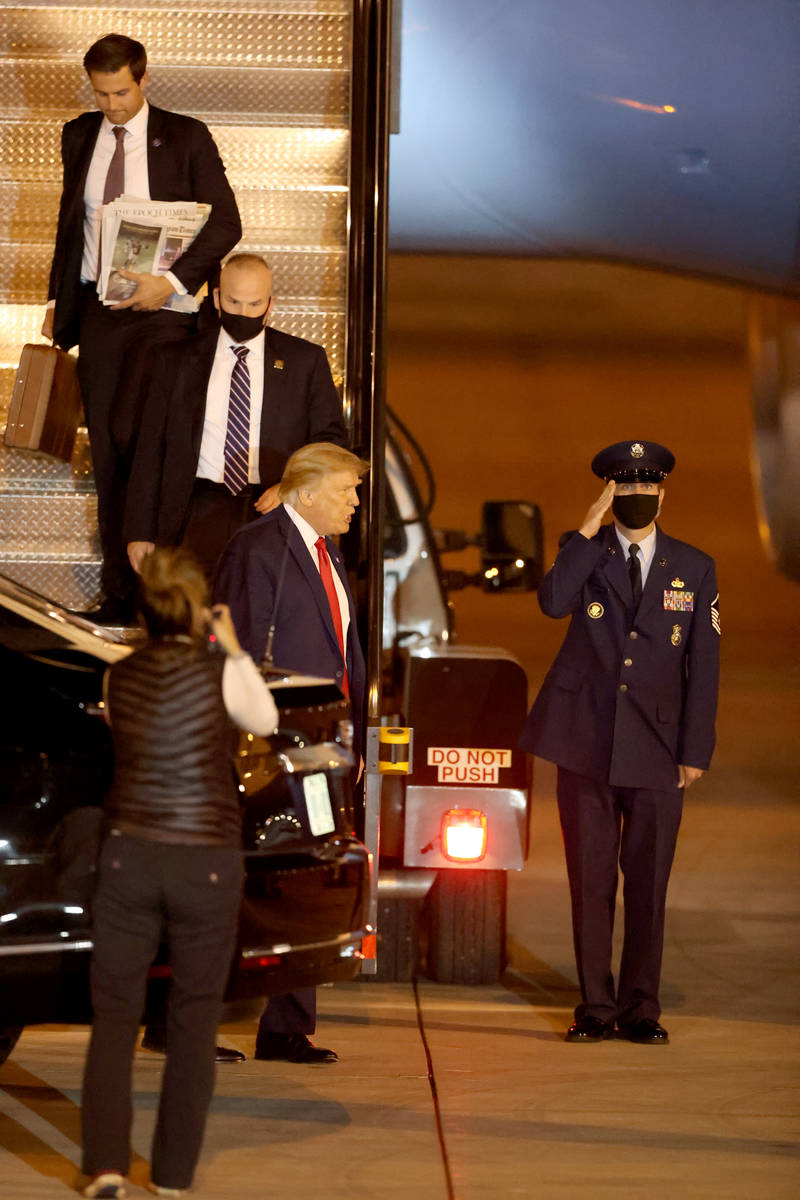 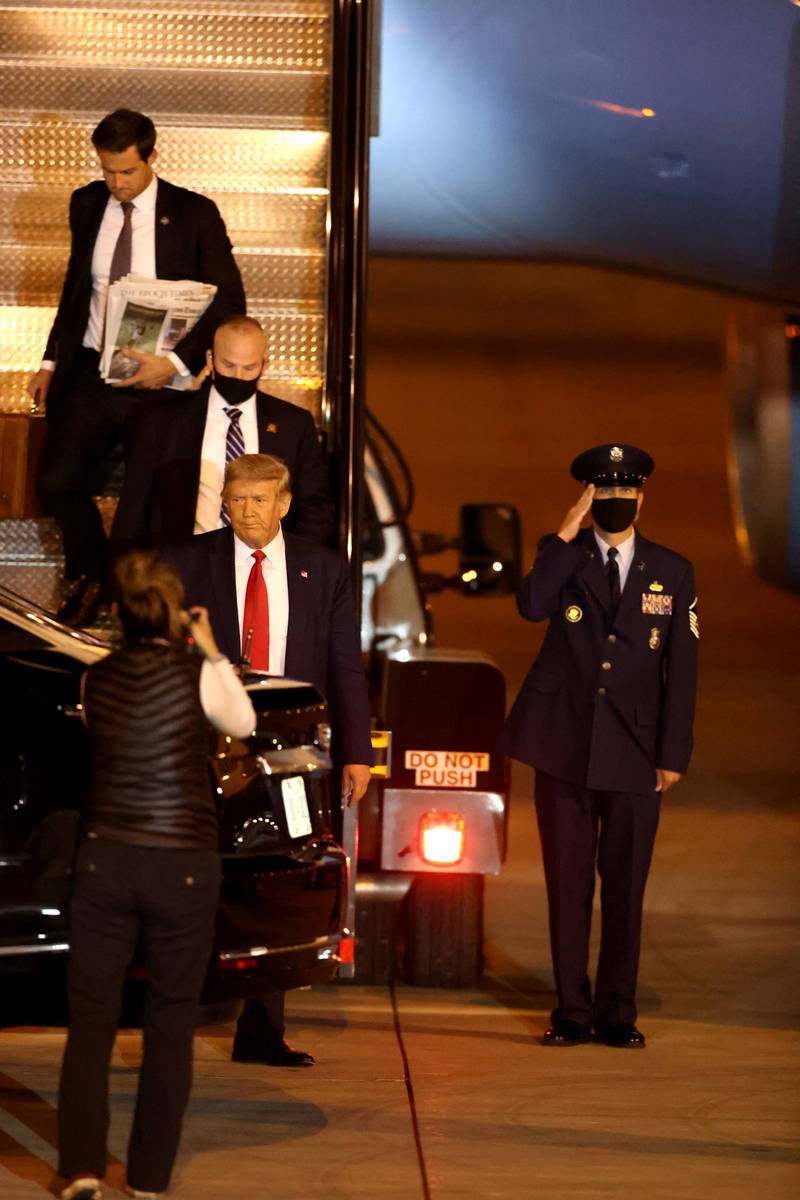 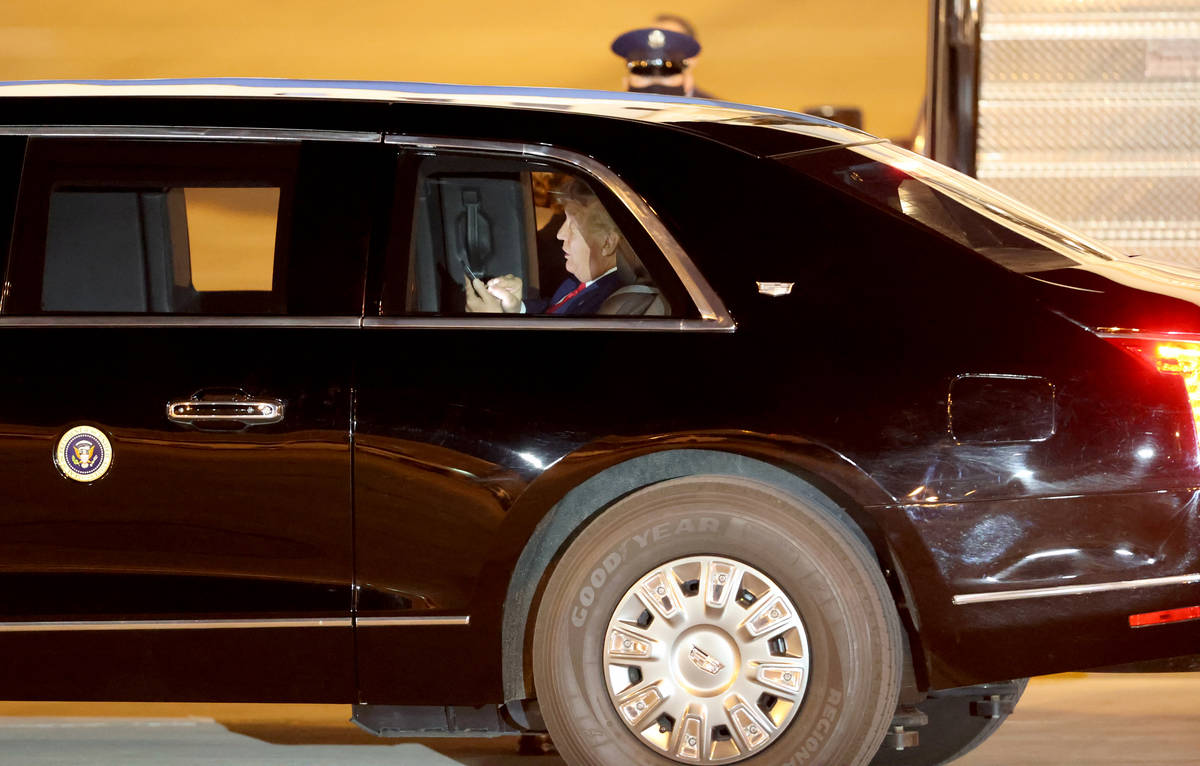 President Donald Trump arrived in Las Vegas around 10 p.m. Saturday. The president will travel to Northern Nevada on Sunday for a campaign rally in Carson City.

Trump does not have any upcoming events scheduled in Las Vegas, according to his public calendar.

WHEELS DOWN: We are live-streaming on Facebook President Trump’s arrival in Vegas where he is planning to stay the night before leaving for his next event tomorrow. #RJNow pic.twitter.com/CyKm0xyQ5I

Trump last campaigned in Las Vegas on a tour of states in the Southwest in September, which included several events in Las Vegas before traveling to California and Arizona.

Nevada Highway Patrol Trooper Jason Buratczuk said at the time that Highway Patrol can’t discuss specific road closures due to security, but he advised drivers to avoid the airport and Interstate 15.