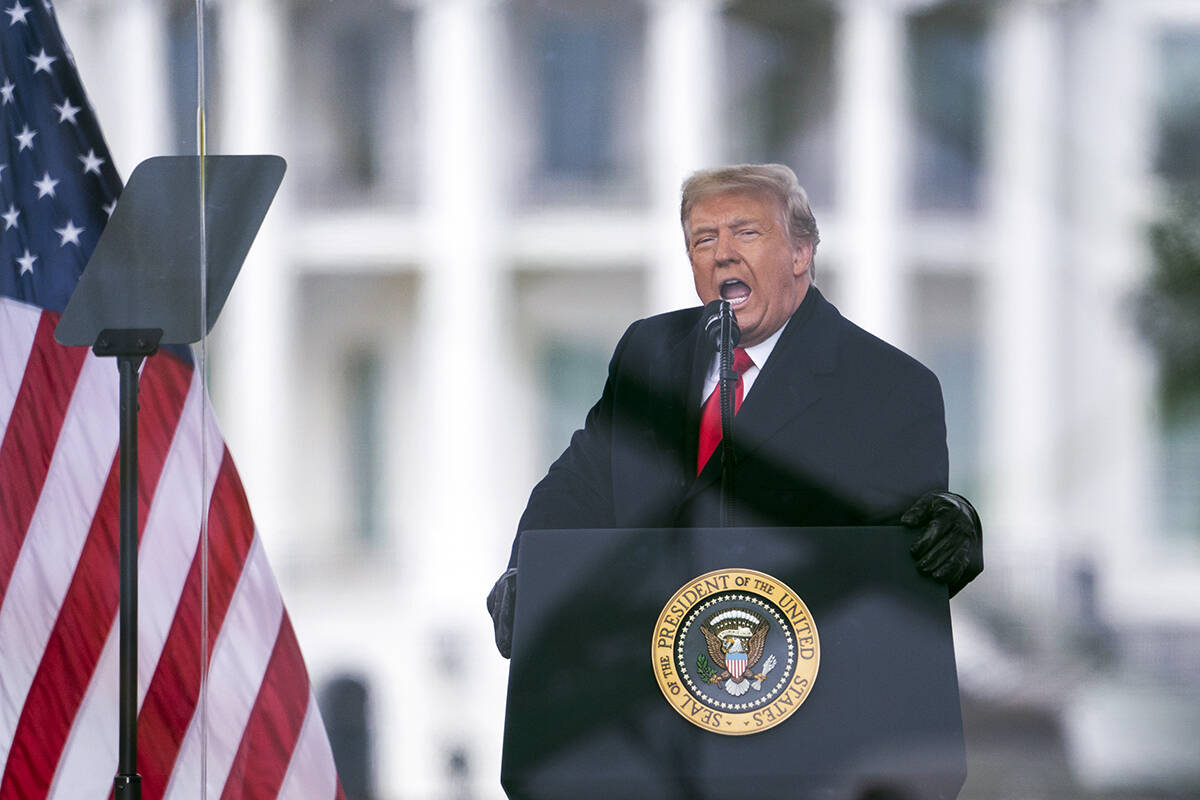 President Donald Trump speaks during a rally protesting the electoral college certification of Joe Biden as President in Washington on Jan. 6, 2021. Former President Donald Trump turned to the Supreme Court Thursday, Dec. 23, in a last-ditch effort to keep documents away from the House committee investigating the Jan. 6 insurrection at the Capitol. (AP Photo/Evan Vucci, File)

WASHINGTON — Former President Donald Trump turned to the Supreme Court Thursday in a last-ditch effort to keep documents away from the House committee investigating the Jan. 6 insurrection at the Capitol led by his supporters.

Trump’s attorneys asked the Supreme Court to reverse lower court rulings against the former president, who has fought to block the records even after President Joe Biden waived executive privilege over them. The federal appeals court in Washington previously ruled the committee had a “uniquely vital interest” in the documents and Trump had “provided no basis” for it to override Biden and Congress.

The records include presidential diaries, visitor logs, speech drafts, handwritten notes “concerning the events of January 6” from the files of former chief of staff Mark Meadows, and “a draft Executive Order on the topic of election integrity,” according to a previous court filing from the National Archives.

Repeating arguments they made before lower courts, Trump’s attorneys wrote Thursday that the case concerned all future occupants of the White House. Their filing came on the day that an administrative injunction issued by the appeals court was set to expire.

“Congress cannot engage in meandering fishing expeditions in the hopes of embarrassing President Trump or exposing the President’s and his staff’s sensitive and privileged communications ‘for the sake of exposure,’ ” they added.

The House committee has said the records are vital to its investigation into the run-up to the deadly insurrection aimed at overturning the results of the 2020 presidential election. Before and after the riot, Trump promoted false theories about election fraud and suggested that the “real insurrection” was on Election Day, when he lost to Biden in an election certified by officials from both parties as fair.

The high-stakes case was widely expected to reach the Supreme Court, which has decided several previous fights over Trump’s records. Trump appointed three of the court’s nine justices.

The court earlier this year refused to stop his tax records from going to a New York prosecutor’s office as part of an investigation. It did prevent Congress last year, while Trump was in office, from obtaining banking and financial records for him and members of his family.