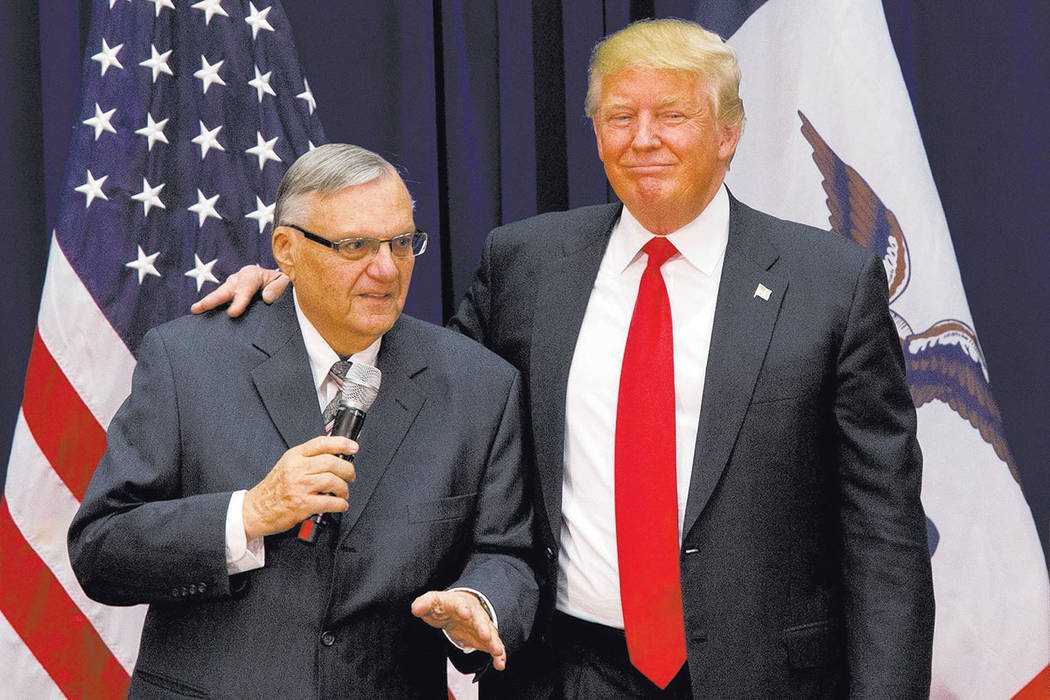 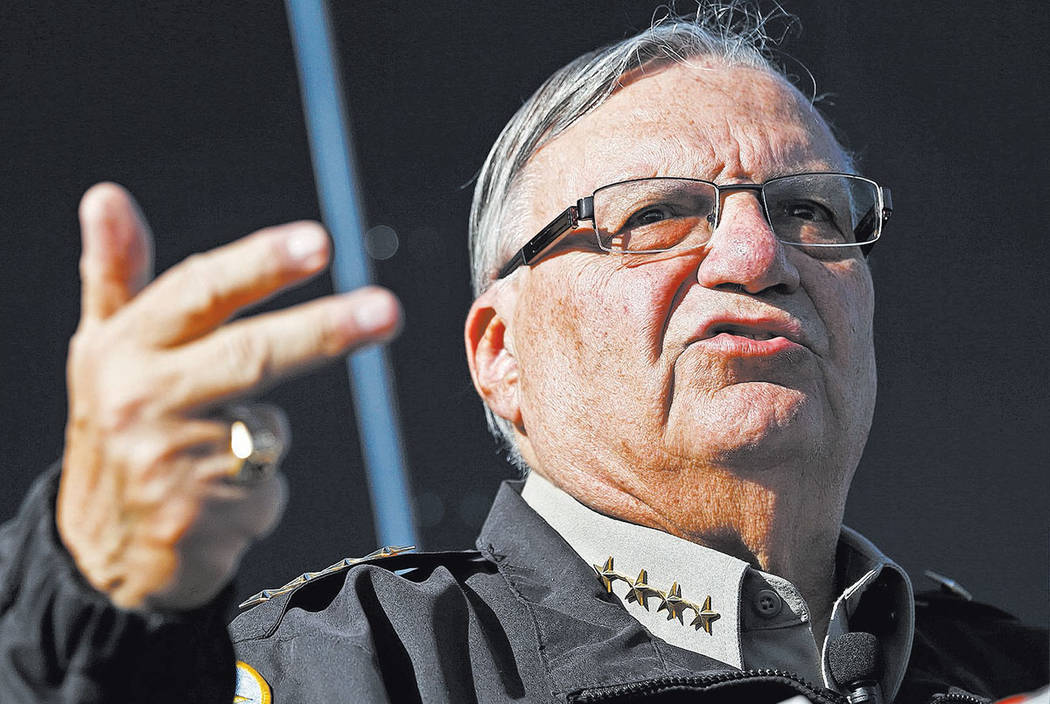 WASHINGTON — President Donald Trump has not used the power granted to him by the U.S. Constitution to pardon or commute federal offenders.

But that could change Tuesday when Trump visits Phoenix, where former Sheriff Joe Arpaio will be sentenced Oct. 5. His crime? Last month, Arpaio was found guilty of defying a federal court order that he stop apprehending undocumented Latino immigrants and handing them over to federal authorities.

Trump told Fox News he is “seriously considering” a pardon for Arpaio because, “He has done a lot in the fight against illegal immigration. He’s a great American patriot and I hate to see what has happened to him.”

As for Arpaio, who as Maricopa County Sheriff endorsed Trump early in 2016, he told Fox News, “I would accept the pardon because I am 100 percent not guilty.” His attorneys also have appealed the verdict because U.S. District Judge Susan Bolton issued it herself, rather than allow a jury to do so, as was Arpaio’s right.

Trump must be aware that predecessors Barack Obama and George W. Bush stayed away from the pardon power during their first year in office. They saw the exercise of mercy as too politically risky — thanks to politicians who have given mercy a bad name.

The most well-known name in modern pardons? It has to be Marc Rich, the fugitive gazillionaire whom President Bill Clinton pardoned on his way out the door. It was a new low — a president rewarding a well-connected rich guy for evading prosecution.

“I’ve always had the thought that the so-called controversial pardons, they wouldn’t be as controversial” if presidents also pardoned people who aren’t well-connected, said P.S. Ruckman, Jr., the political scientist behind the PardonPower.com blog. That way, the pardon power could be used to equalize prison terms — and produce justice where it is lacking.

When George W. Bush and Barack Obama rode in a limo together on the way to Obama’s inauguration, Bush had one piece of advice for his successor: “Announce a pardon policy early on and stick to it.” Bush understood too well the pressure that presidents are under to grant mercy to people who have fought on their side.

Bush issued a partial commutation to Scooter Libby, the former aide to Vice President Dick Cheney who was convicted of perjury and obstruction of justice. That is, he commuted Libby’s 30-month prison sentence, but let stay the conviction, two years of probation and a $250,000 fine.

(A pardon essentially blots out a criminal conviction; a commutation does not revoke a conviction, but reduces or eliminates the sentence.)

Obama pardoned retired Marine Gen. James E. Cartwright, who pleaded guilty to lying to the FBI about leaking information on cyberattacks against Iran.

Suffice it to say there were few cheerleaders for either act of clemency. Some Republicans believe Bush should have pardoned Libby outright — Libby, after all, was tried for revealing information about former CIA officer Valerie Plame that it turns out was released by someone else.

As for the Cartwright pardon, it flew in the face of the record of the Obama administration, which prosecuted more leaks alone than the previous three administrations put together.

In his second term, Obama distinguished himself by commuting the sentences of more than a thousand federal drug offenders. Given the draconian nature of the federal mandatory minimum sentencing system, Obama can claim a strong legacy of showing mercy toward a group of mostly low-level, nonviolent offenders who deserved to serve time in prison, but not decades.

As Trump heads to Phoenix, Ruckman has his own advice for the president. Trump, he said, would do well to convey “the sense that he thinks the pardon — its power — is something a president does, or should do.” Trump should not use this power as “a stunt.” 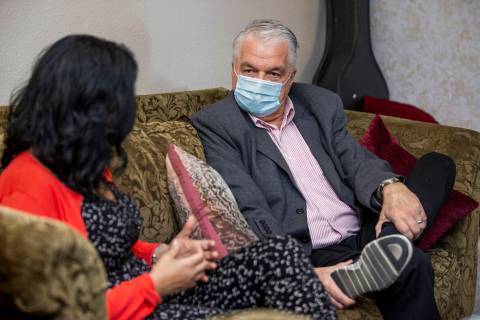 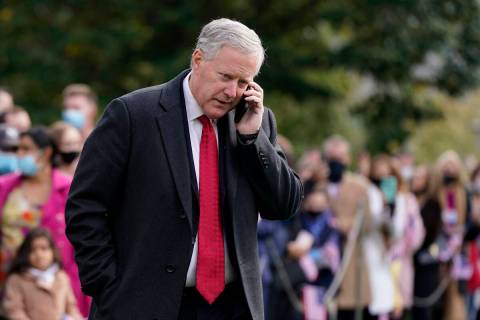