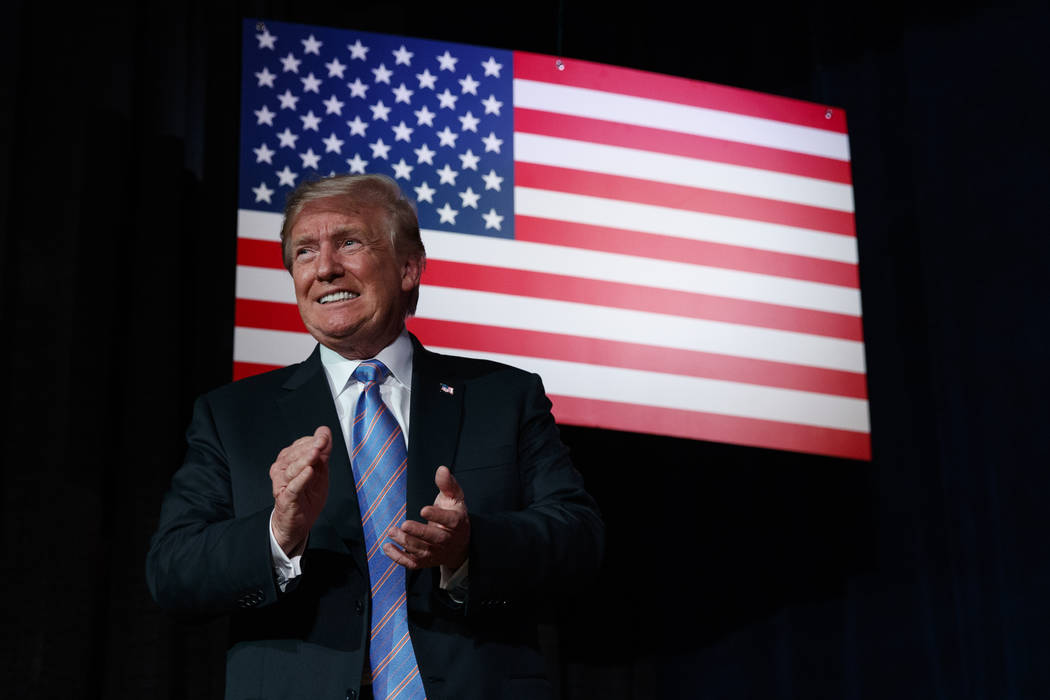 WASHINGTON — President Donald Trump is closing in on his next Supreme Court nominee, with three federal judges leading the competition to replace retiring Justice Anthony Kennedy.

Trump’s top contenders for the vacancy at this time are federal appeals judges Amy Coney Barrett, Brett Kavanaugh and Raymond Kethledge, said a person familiar with Trump’s thinking who was not authorized to speak publicly.

Working closely with a White House team and consulting with lawmakers and outside advisers, Trump has spent the week deliberating on the choice. He conducted interviews on Monday and Tuesday. He has not yet publicly indicated that he has narrowed the list and could still consider others in the mix.

With customary fanfare, Trump plans to announce his selection Monday night, kicking off a contentious nomination process as Republicans seek to shift the court to the right and Democrats strive to block the effort.

Vice President Mike Pence has also met with some of the contenders for the Supreme Court vacancy created by Justice Anthony Kennedy’s retirement, The Associated Press has learned.

The meetings took place in recent days, according to a person familiar with the search process. The person did not specify which candidates Pence met with and spoke on condition of anonymity Wednesday to describe the private search process.

Trump is choosing his nominee from a list of 25 candidates vetted by conservative groups. Earlier in the week, he spoke with seven people on the list. Other contenders that have received serious interest include federal appeals judges Amul Thapar, Thomas Hardiman and Joan Larsen.

The president also spoke by phone with Republican Sen. Mike Lee of Utah on Monday. He’s the only lawmaker on Trump’s list. That call was not characterized by the White House as an interview and Lee is not viewed as a top prospect, though he has some support on Capitol Hill.

Sen. Ted Cruz, R-Texas, advocated for Lee in a Fox News op-ed, warning Trump not to repeat “mistakes” of past Republican presidents by picking a Supreme Court nominee who turns out to be insufficiently conservative.

Cruz said Lee would be a “sure thing.” He cited former justices William Brennan, John Paul Stevens and Harry Blackmun, who authored the Roe v. Wade decision that established a woman’s right to abortion. All three were nominated by Republican presidents.

Trump’s choice to replace Kennedy — a swing vote on the nine-member court — has the potential to remake the court for a generation as part of precedent-shattering decisions on abortion, health care, gay marriage and other issues. Recognizing the stakes, many Democrats have lined up in opposition to any Trump pick, and Republican lawmakers and activists are seeking to shape the president’s decision.

Sen. Rand Paul, R-Ky., has told colleagues he may not vote for Kavanaugh if the judge is nominated, citing Kavanaugh’s role during the Bush administration on cases involving executive privilege and the disclosure of documents to Congress, said a person familiar with Paul’s conversations who spoke to the AP on condition of anonymity.

Some conservatives have pointed to Kethledge as a potential justice in the mold of Neil Gorsuch, Trump’s first Supreme Court nominee last year. Both Kethledge and Gorsuch once served Kennedy as law clerks, as did Kavanaugh. Kethledge, a Michigan Law graduate, would add academic diversity to a court steeped in the Ivy League.

Since Trump said his short list includes at least two women, speculation has focused on Barrett, a former law clerk to Justice Antonin Scalia and a longtime Notre Dame Law School professor who serves on the 7th U.S. Circuit Court of Appeals. Conservative groups rallied around Barrett after her confirmation hearing last year featured questioning from Democrats over how her Roman Catholic faith would affect her decisions.

On Wednesday, Sen. Susan Collins, a moderate Republican from Maine, reiterated that she could not vote for a nominee with a “demonstrated hostility” to Roe v. Wade, the landmark 1973 Supreme Court decision that established a woman’s right to an abortion.

“I think I’ve made it pretty clear if a nominee has demonstrated hostility to Roe v. Wade and has said that they’re not going to abide by that long-standing precedent, that I could not support that nominee,” Collins told reporters at a holiday parade in Bangor.

But Collins said she also wouldn’t blindly vote to confirm someone she thinks is unworthy in other respects — even if he or she supports Roe v. Wade.