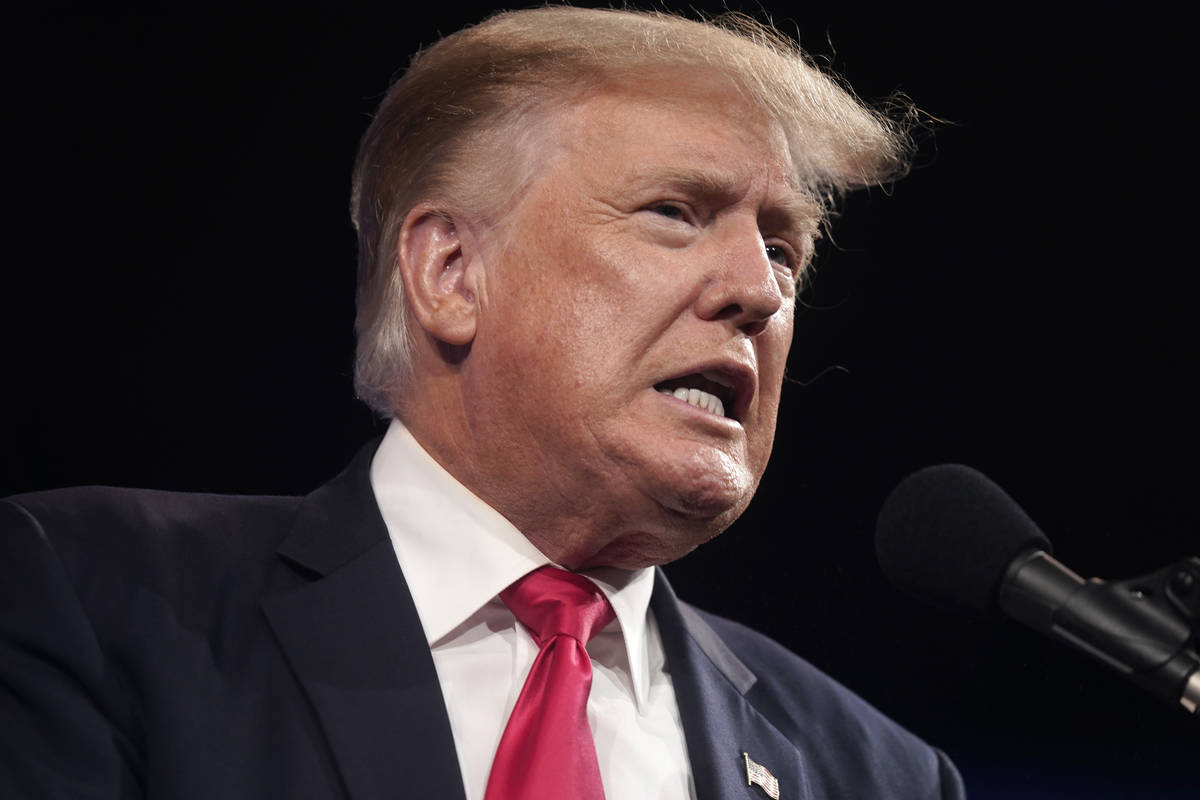 During the Trump administration, then-Treasury Secretary Steven Mnuchin said he wouldn’t turn over the tax returns because he concluded they were being sought by Democrats who control the House of Representatives for partisan reasons.

The committee sued for the records under a federal law that says the Internal Revenue Service “shall furnish” the returns of any taxpayer to a handful of top lawmakers. The committee said it needed Trump’s taxes for an investigation into whether he complied with tax law.

In a memo dated Friday, Justice’s Office of Legal Counsel said the committee chairman “has invoked sufficient reasons for requesting the former President’s tax information” and that under federal law, “Treasury must furnish the information to the Committee.”

Manhattan District Attorney Cyrus Vance Jr. already has obtained copies of Trump’s personal and business tax records as part of an ongoing criminal investigation. Trump tried to prevent his accountants from handing over the documents, taking the issue to the Supreme Court. The justices rejected Trump’s argument that he had broad immunity as president.

A House committee sued the Trump administration in federal court Tuesday for access to President Donald Trump’s tax returns, setting up a legal showdown over the records.

The House Ways and Means Committee said it needs the documents for an investigation into tax law compliance by the president, among other things. It asked the court to order the administration to turn over the documents.

The lawsuit is the culmination of a long-running fight between Democrats and Trump over the returns, dating back to the 2016 campaign, when Trump claimed that he could not release them due to an IRS audit. The records hold the promise of information that Trump has carefully guarded from public view, including about his business entanglements, relationships with foreign creditors and governments, and the value of his assets.

The committee originally demanded six years of Trump’s tax records in early April under a law that says the Internal Revenue Service “shall furnish” the returns of any taxpayer to a handful of top lawmakers. But Treasury Secretary Steven Mnuchin told the committee in May that he wouldn’t be turning over the returns to the Democratic-controlled House.

Mnuchin concluded that the Treasury Department is “not authorized to disclose the requested returns and return information.” The Justice Department in a legal opinion backed Mnuchin’s position, saying the request lacked a legitimate legislative purpose and was an “unprecedented” use of congressional authority.

The argument is the same one Trump has used in refusing other demands from Congress for financial records from accountants and banks Trump and his family have done business with. Lawsuits over those records were filed in federal courts in Washington and New York, and Trump has lost in those lawsuits’ opening rounds.

“Without reviewing the requested return materials, the Committee cannot ensure that the IRS’s audit process is functioning fairly and effectively, understand how provisions of the tax code are impacted by President Trump’s returns or exercise its legislative judgment to determine whether changes to the code may be warranted,” the lawsuit said.

The president has “declined to follow the practice of every elected President since Richard Nixon of voluntarily disclosing their tax returns,” the lawsuit said.

It’s unclear how long it will take to resolve the lawsuit. Fights between Congress and the executive branch can in some cases take years, and the administration may be eager to make the lawsuit last in order to delay providing records. But if, as the committee suggests, the fight comes down to the text of what the law requires, a resolution could come more quickly, though it could be appealed.

Steve Rosenthal, a senior fellow at the nonpartisan Urban-Brookings Tax Policy Center, said the committee is on strong legal footing with the lawsuit because “it is entitled to oversee and investigate the executive branch, which is a key element of our checks and balances.”

The chairman of the Ways and Means Committee, Massachusetts Democrat Richard Neal, said in a statement that despite the Treasury Department’s “mandatory obligation,” it had “failed to comply with the law.”

The Treasury Department did not immediately respond to a request for comment.

Republican Sen. Chuck Grassley, the chairman of the Senate Finance Committee, has opposed House Democrats’ requests for Trump’s tax returns, saying partisan motives are behind it and that the request could set a dangerous precedent. Grassley is the only other member of Congress besides Neal authorized by law to request any tax returns from the Treasury secretary.

“It should be alarming to every American that there are attempts by elected officials to weaponize the IRS for partisan political purposes,” Grassley said earlier this year.