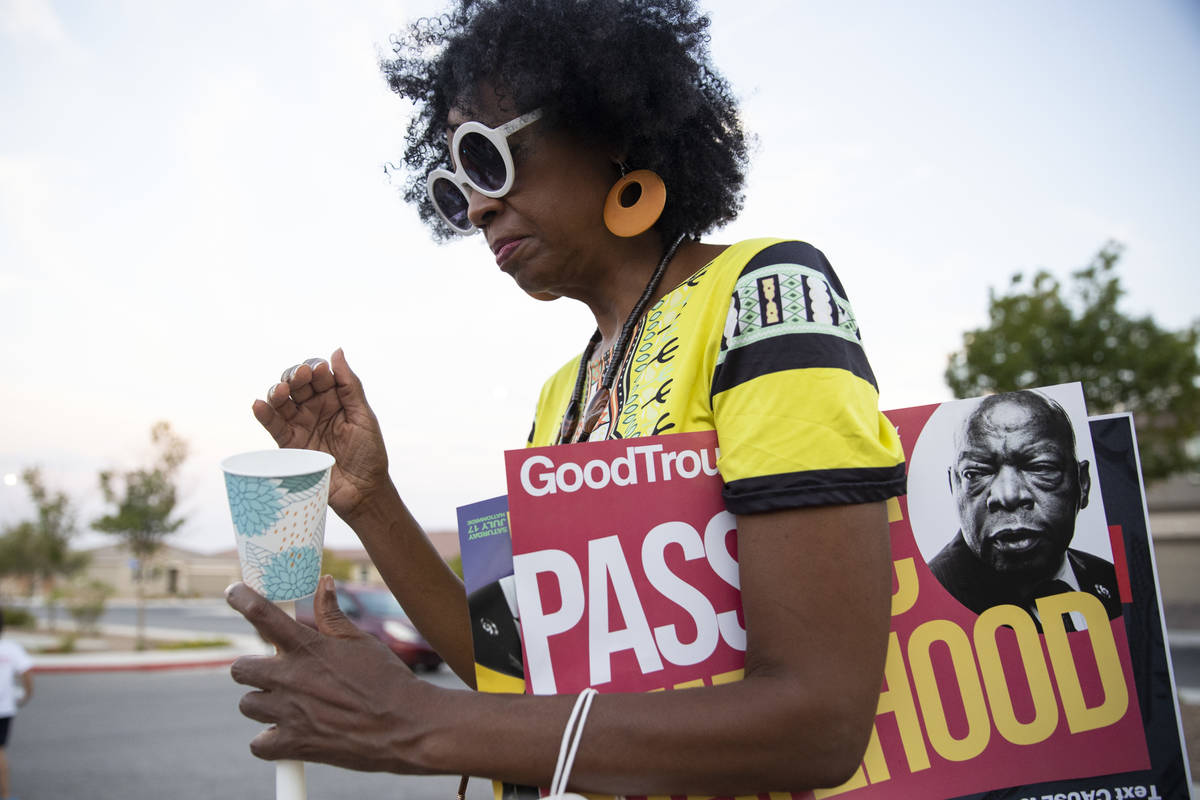 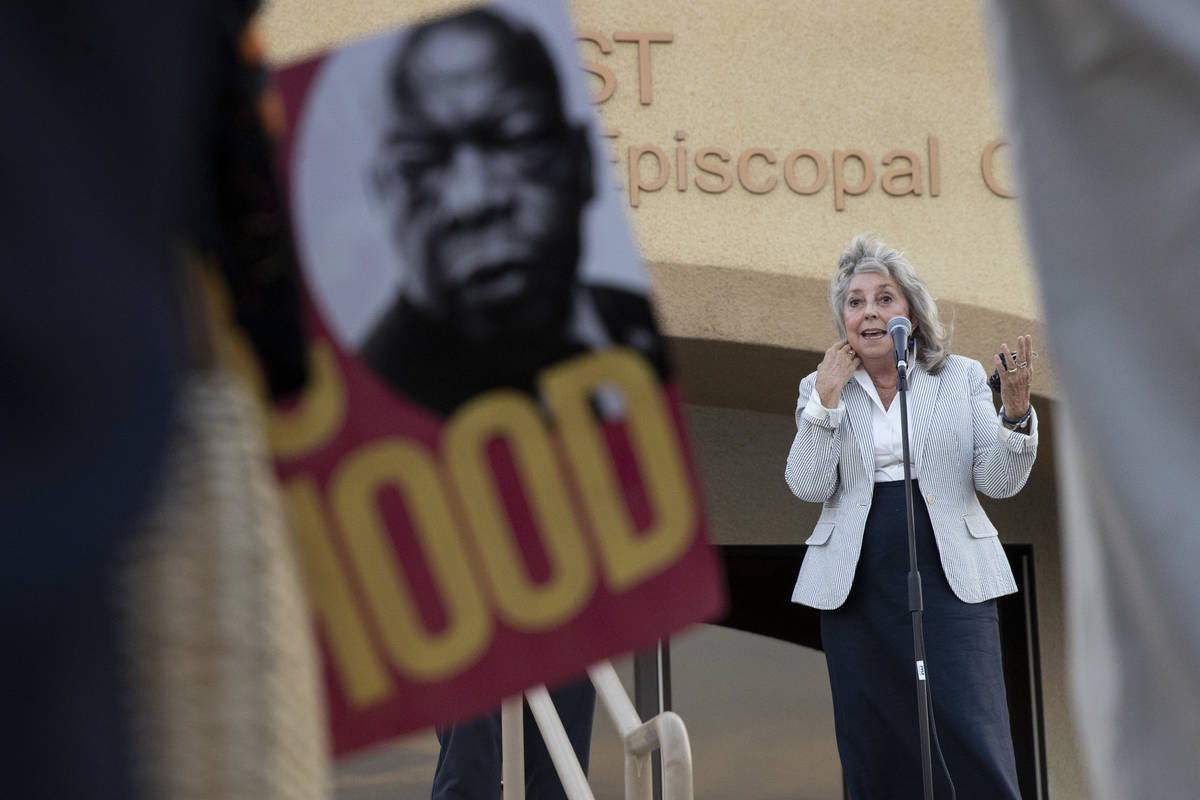 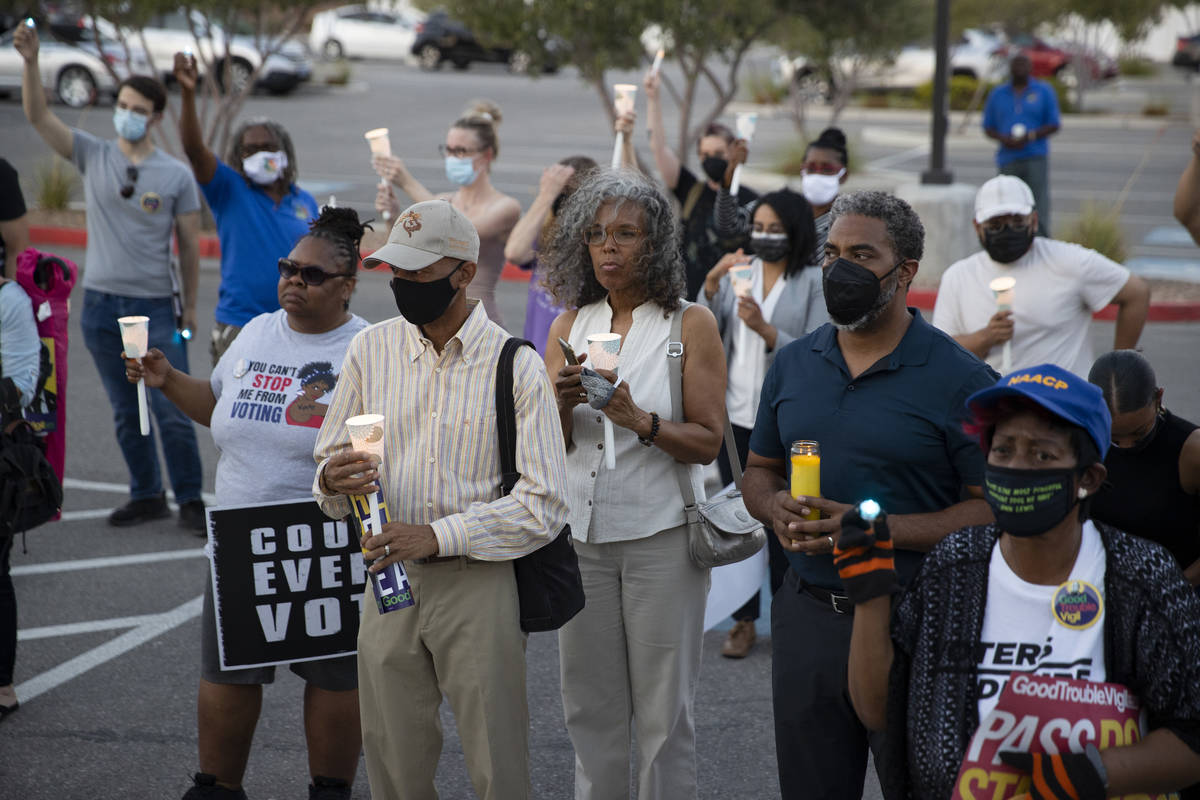 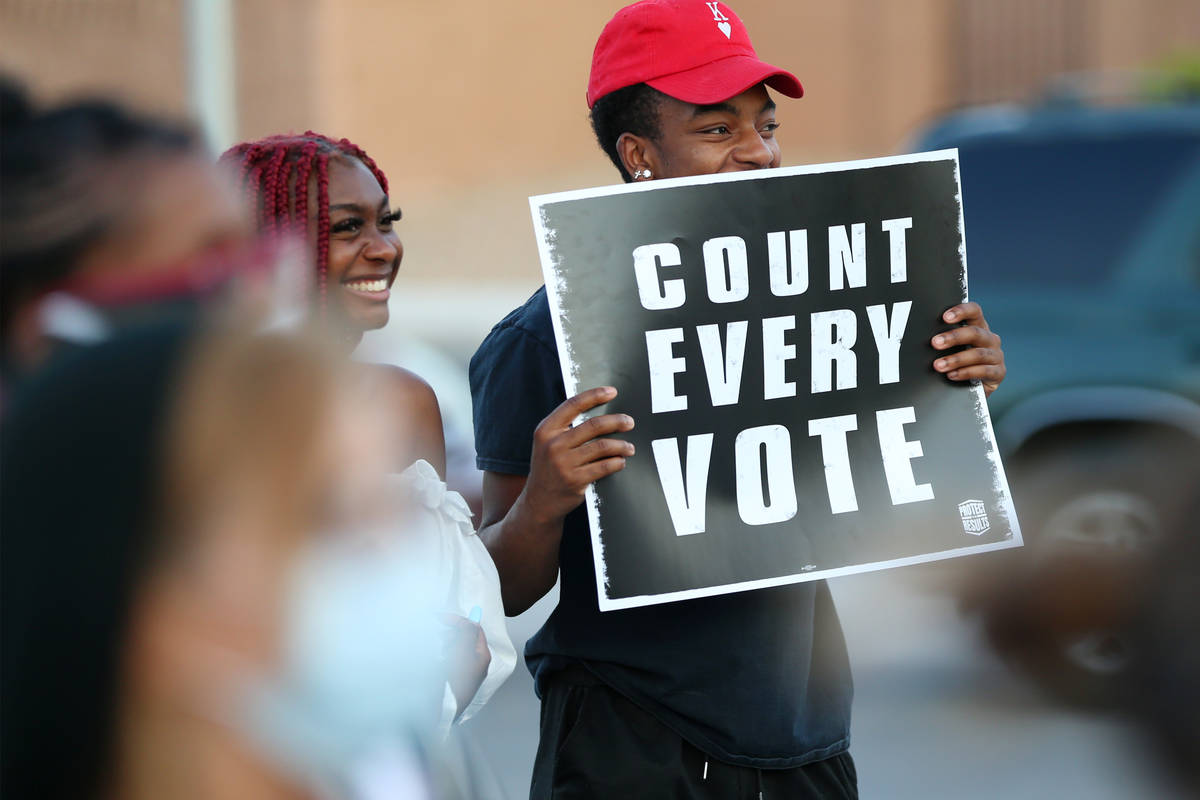 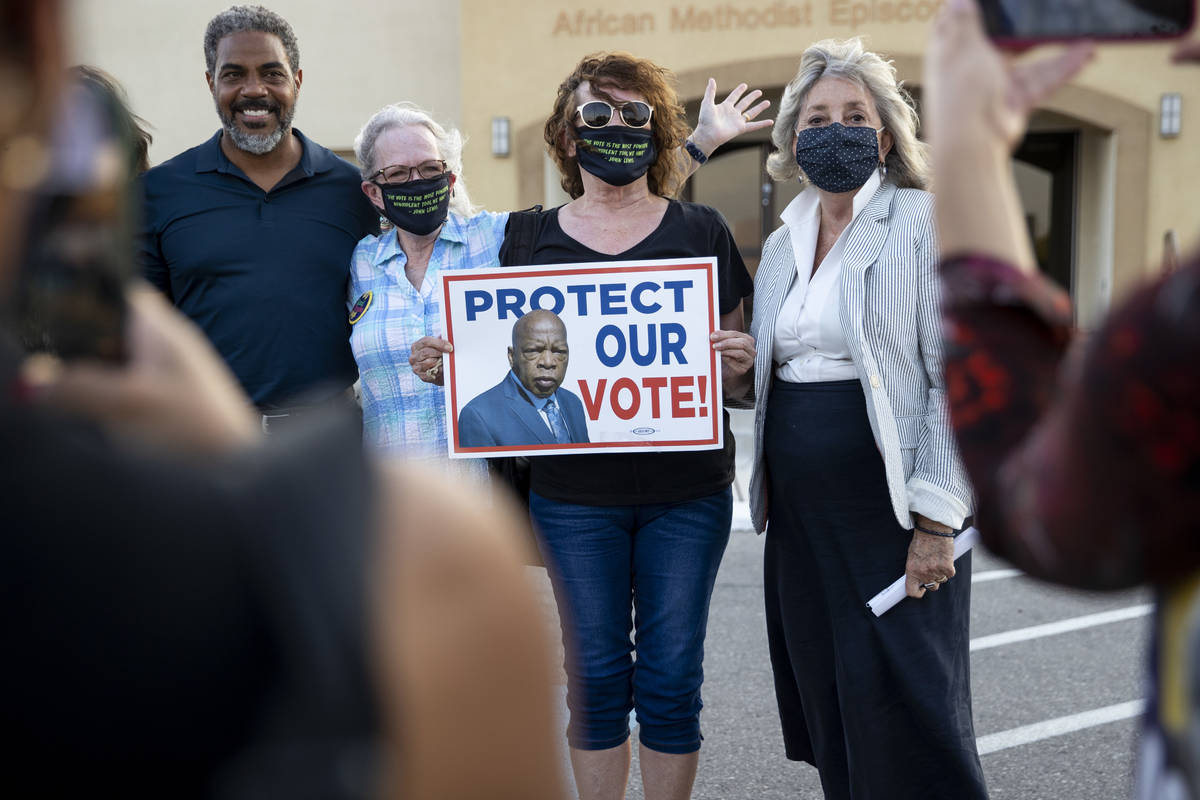 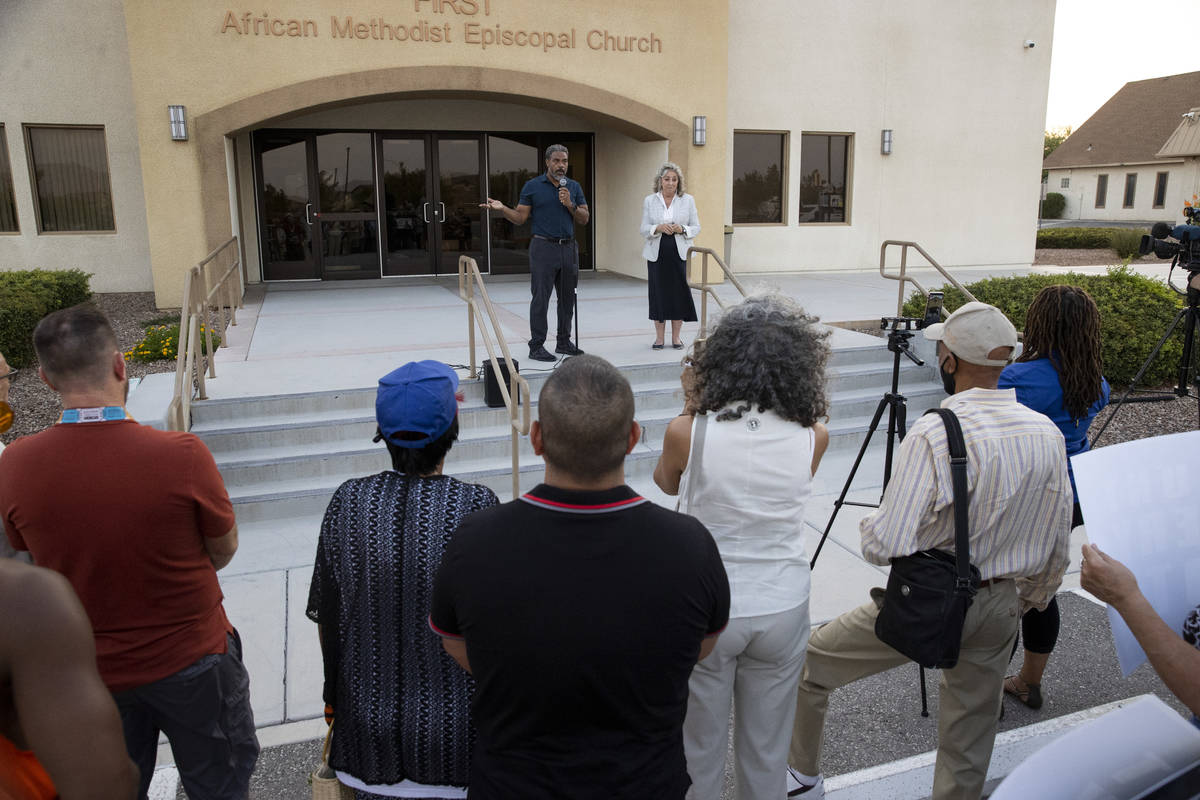 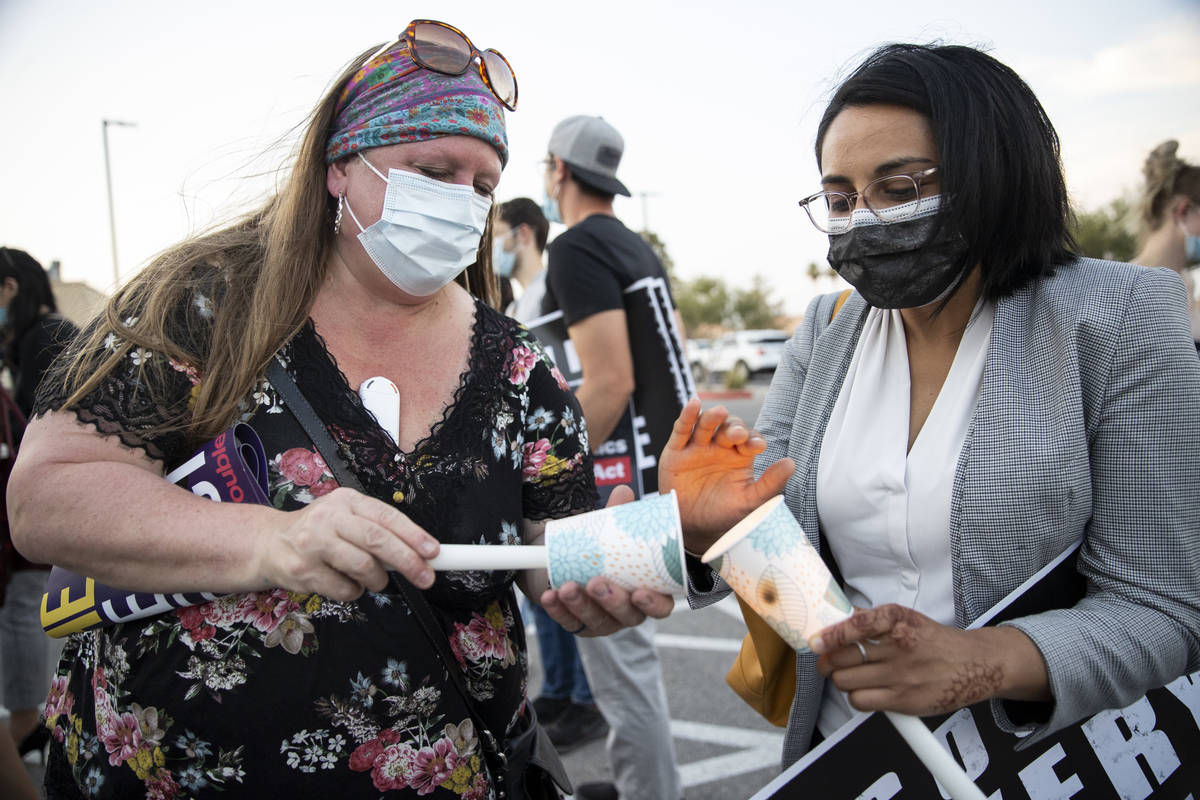 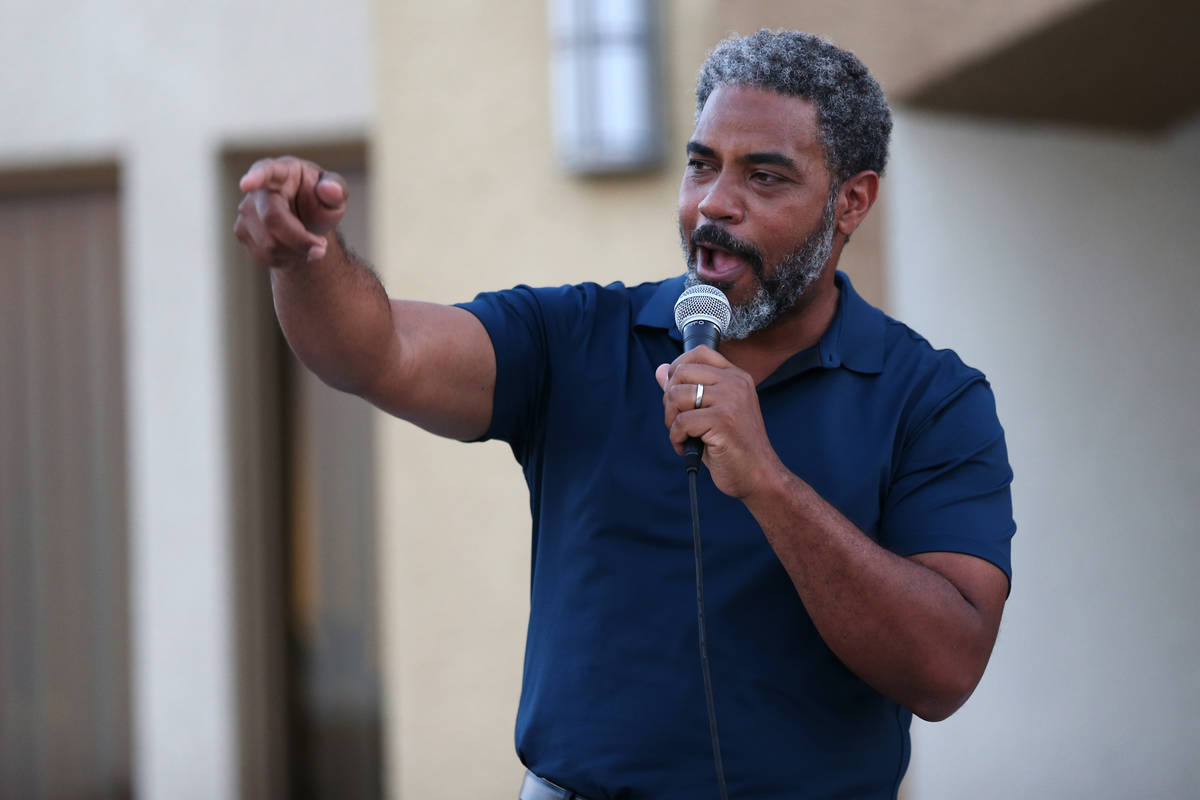 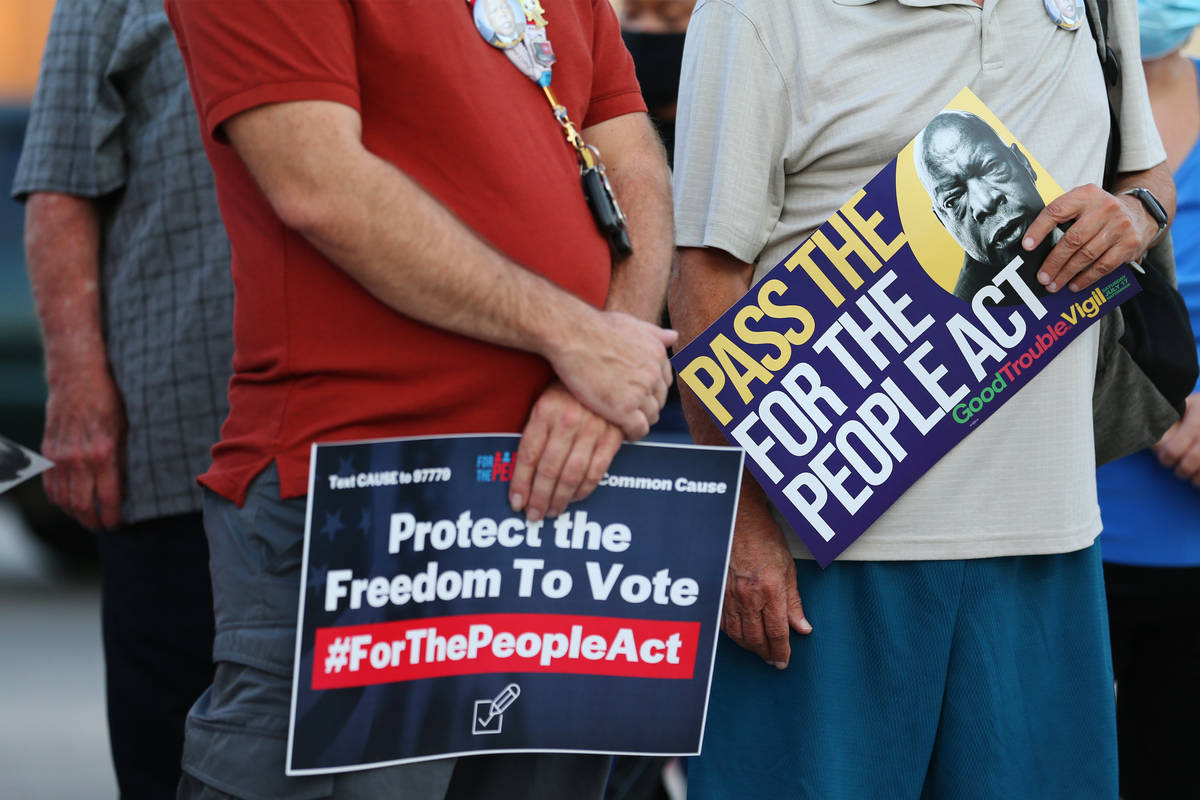 In the parking lot of a North Las Vegas church, a crowd of about 50 residents and local politicians cheered, held candles and honored the legacy of former Rep. John Lewis on the anniversary of his death Saturday evening.

The Faith Organizing Alliance, Common Cause and several local voting advocacy organizations invited Las Vegas voters to the First African Methodist Episcopal Church on Revere Street to learn about the For the People Act and the John Lewis Voting Rights Advancement Act, bills that would expand voting rights and amend the Voting Rights Act of 1965. The gathering included a candlelight vigil in solidarity with nationwide vigils honoring Lewis.

“John Lewis was in front of the marchers when they marched across that Edmund Pettus Bridge,” Rep. Steven Horsford said. “He was beaten, bled and, as he shared, he almost died for that fundamental right to vote. He was young, but he was trying to speak up for his community and for change. That legacy is under attack.”

Horsford said the For the People Act has passed in the House. Congressional dockets show the bill was first read in the Senate on March 13, 2019. The John Lewis Act was introduced in the Senate on July 22, 2020. Horsford urged voters to call their senators and give their support for the bills.

“This is about making sure every voice is heard at the ballot box,” Horsford said. “Why are their groups who are trying to disenfranchise people? When you vote, you’re empowered. Things change, issues change.”

Horsford and Rep. Dina Titus reminisced about the previous times they had spoken to Lewis inside the church.

“He said the vote is the most powerful weapon that you can use, that you have, and that you should never take it for granted,” Titus said. “People died, fought, shed blood, lost families, did everything to get that right and we should consider it a right and always exercise it.”

Felicia Hayes, a Las Vegas native, wore a gray shirt with a Black woman on it flexing her muscle. Her shirt read “You can’t stop me from voting,” and the word vote was written on the woman’s shoulder. Hayes said she worries about her grandchildren’s right to vote. The youngest in her family are 20 and 21, but she believes it’s still her job to defend their rights.

“We’re moving backward,” Hayes said. “I thought they were moving forward, but when I saw that they’re trying to take our voting rights from us in 2021, that’s just mind-blowing to me.”

Emily Zamora stood with her 6-year-old son, William, when she said that many lawmakers don’t look like her community.

“I fight for voting rights each and every day because I want to ensure that when he’s eligible to vote in the next 13 years, that he doesn’t have to experience some of the barriers that many of our communities experience today,” she said.