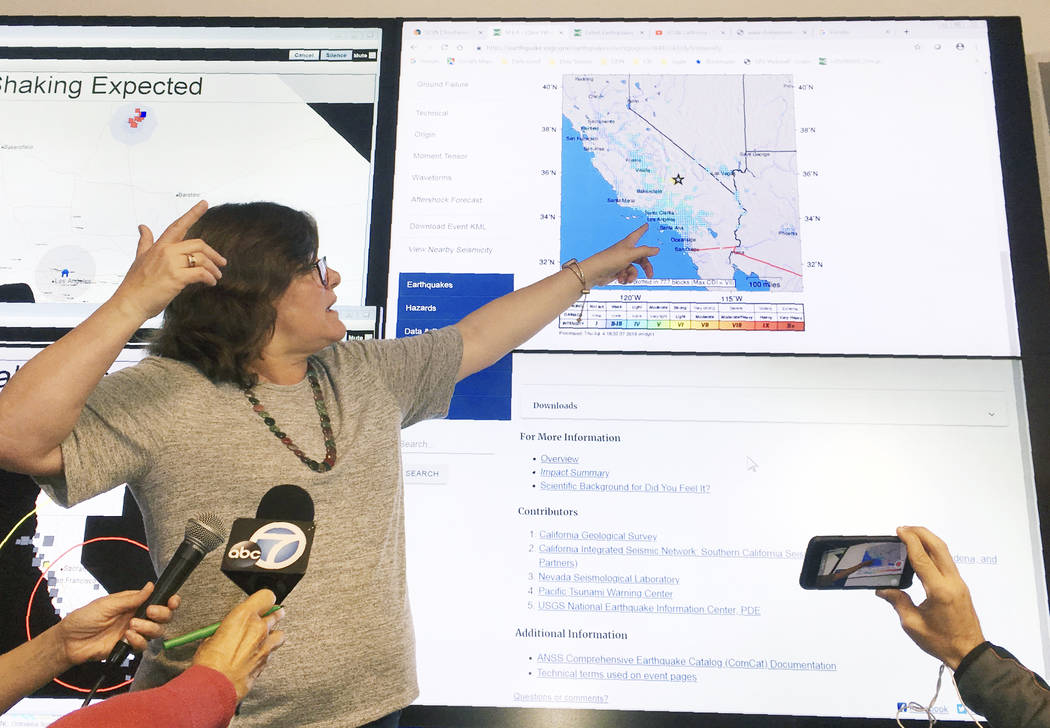 Seismologist Lucy Jones talks during a news conference at the Caltech Seismological Laboratory in Pasadena, Calif., Thursday, July 4, 2019. A strong earthquake rattled a large swath of Southern California and parts of Nevada on Thursday morning, making hanging lamps sway and photo frames on walls shake. There were no immediate reports of damage or injuries but a swarm of aftershocks were reported. (AP Photo/John Antczak) 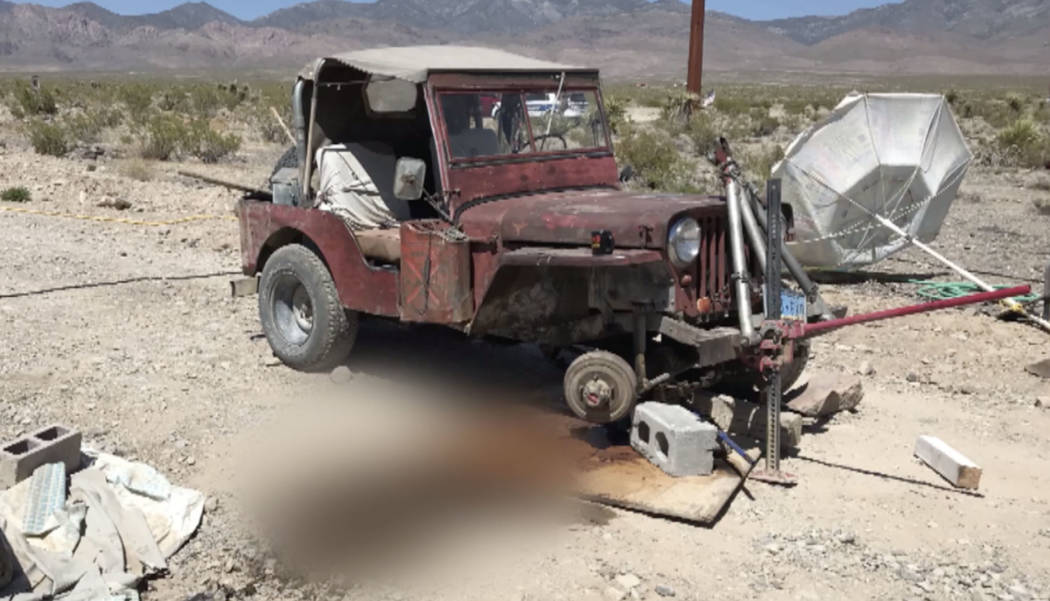 The Nye County Sheriff’s Office said Tuesday night that a man died in Pahrump possibly as a result of the July 4 earthquake that rocked the Mojave Desert.

Deputies were called about 1 p.m. Tuesday to the area of Becky Lane and East Fort Churchill Road on a report of a man pinned beneath a vehicle, according to a Sheriff’s Office video release. They found the man, 56, pinned under a red, rusted Jeep that was resting on car jacks.

“Based on preliminary timing and circumstances at the scene, the Nye County Sheriff’s investigation reveals that this death may be the result of the vehicle falling off of the jacks on July 4 during the earthquake,” Sgt. Adam Tippetts said in the release.

The man was last seen alive on July 3 at a gas station, and it appeared he had been working on the vehicle at the time of his death, Tippetts said.

If deputies’ theory proves true, his death may be the first fatality as a result of last week’s earthquakes.

“As far as we know, it is,” Nye County Lt. David Boruchowitz said Tuesday night, “or it would be if we could confirm that.”

Tippetts said the Sheriff’s Office was withholding the man’s identity pending notification of his next of kin. Further information would be released at the conclusion of their investigation, he said.

A 6.4 magnitude earthquake first struck the Mojave Desert on Thursday near the town of Ridgecrest, California, about a 240-mile drive from Las Vegas.