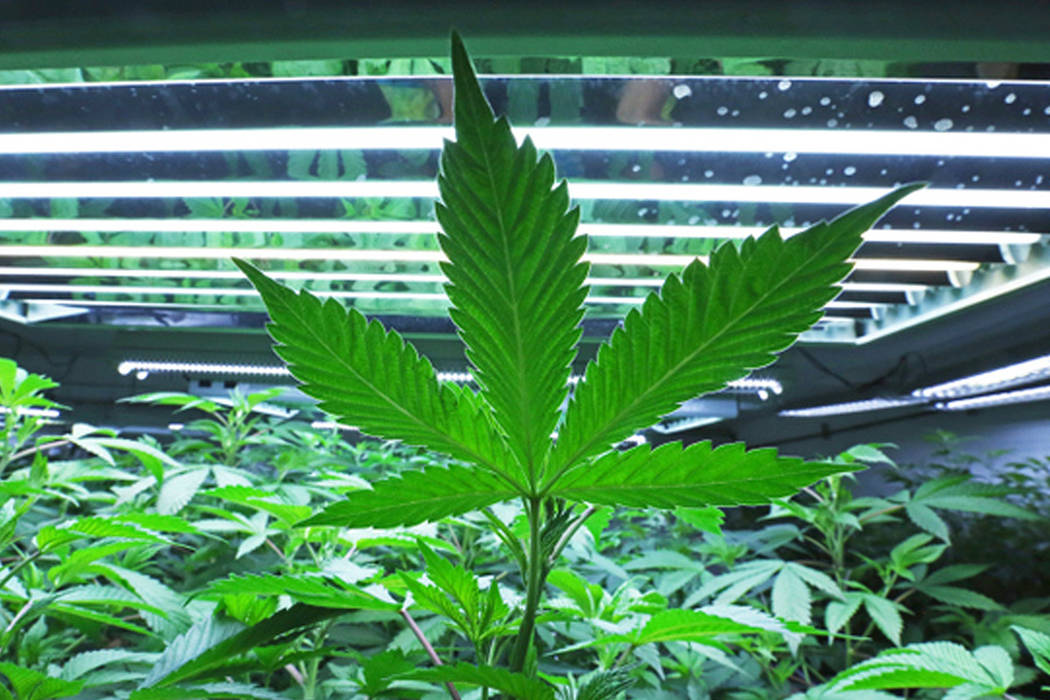 CWNevada, one of the state’s largest cannabis companies, faces six separate lawsuits alleging fraud, failure to pay lenders on time and, in one case, misappropriation of intellectual property.

CWNevada owns at least two cultivation facilities, a production facility and three dispensaries under the Canopi brand. The company calls itself “the premier cannabis distributor in Nevada’’ on its Twitter page and is one of just three companies that own three dispensaries in Clark County, according to the Department of Taxation.

The company is struggling to pay back millions of dollars it raised from lenders over the past few years for cultivation, production and distribution of marijuana products, according to court documents. The lawsuits come as Nevada marijuana retail sales have exceeded state forecasts.

“Despite having substantial capital investment from Plaintiffs and otherwise, and the market advantage of holding privileged licenses relating to every facet of the operations, CWNevada has failed to turn a profit, has irreparably harmed its relationships with key vendors, and has now defaulted on its primary financing provided by Plaintiffs.”

Paul Lapping, the manager for the Green Pastures Fund, and Joel Blair, the manager for Jakal Investments, did not respond to a request for comment. Managers of the other funds could not be found.

CWNevada CEO Brian Padgett, a condemnation and eminent domain lawyer, did not return calls to his office.

Todd Bice, who is representing CWNevada, said he advised his client not to speak to the media. Bice said he will file Padgett’s response to the claims Friday.

“At that time, not only is it our intent to debunk the specious claims but to also assert counterclaims over misappropriation of company assets and opportunities,” Bice said in an email to the Review-Journal. “The story is not as currently spun and will be vastly different once responses are filed.”

All of the lawsuits with the exception of the one filed by the CIMA Group have been condensed into one case, according to court records.

The lawsuits filed by Green Pastures Group and MI-CW Holdings sought access to the company’s financial statements and alleged CWNevada did not repay loans.

Green Pastures Group did not disclose in its lawsuit how much it alleges CWNevada owes it. MI-CW Holdings said it agreed to a three-year loan in June 2017 for $161,802.61. CWNevada stopped making its monthly payment of $5,914.60 on the loan in January, according to the lawsuit.

Highland Partners’ lawsuit alleged the company has not paid rent or operating expenses.

“To date, CWNevada has not paid any Base Rent to Highland whatsoever, despite being in possession of the Premises for over twelve (12) months,” according to the Highland lawsuit filed July 6, 2018.

The Highland lawsuit also accused the company of fraud and alleged Padgett removed a mutually approved accountant after a $1.3 million discrepancy was discovered.

The company asked the court for access to CWNevada’s financial records and to appoint a receiver.

Highland is managed by Thornapple River Capital, according to the Nevada secretary of state’s office website. Brandon Kanitz is the sole managing member of Thornapple, according to his LinkedIn page.

CWNevada said in court documents that it is reluctant to produce the financial records because it fears the lenders might have ulterior motives.

“The defendants believe that the Plaintiffs wish to obtain access to CW’s books and records so that they may obtain a competitive advantage to their respective business operations there and in direct competition with CW’s efforts to enter into the Michigan market,” said Amy Sudgen, an attorney in Padgett’s office, in court documents.

Kanitz resides in Michigan, according to his LinkedIn page.

CWNevada has licensing agreements to produce 13 brands of marijuana-infused products, including Charlotte’s Web, Wana Brands, Medamints and The Mad Hatter Coffee &Tea Co., according to the company’s Twitter page.

Bice declined to say whether CWNevada still has the 13 license agreements.

CIMA Group, which holds the intellectual property for Wana Brands, alleged in its lawsuit that CWNevada is using Wana Brands recipes and processes to make and sell a competing product called Scarlet Oilworks gummies. Cima alleged Nevada sales of Wana gummies began to plummet in August 2017.