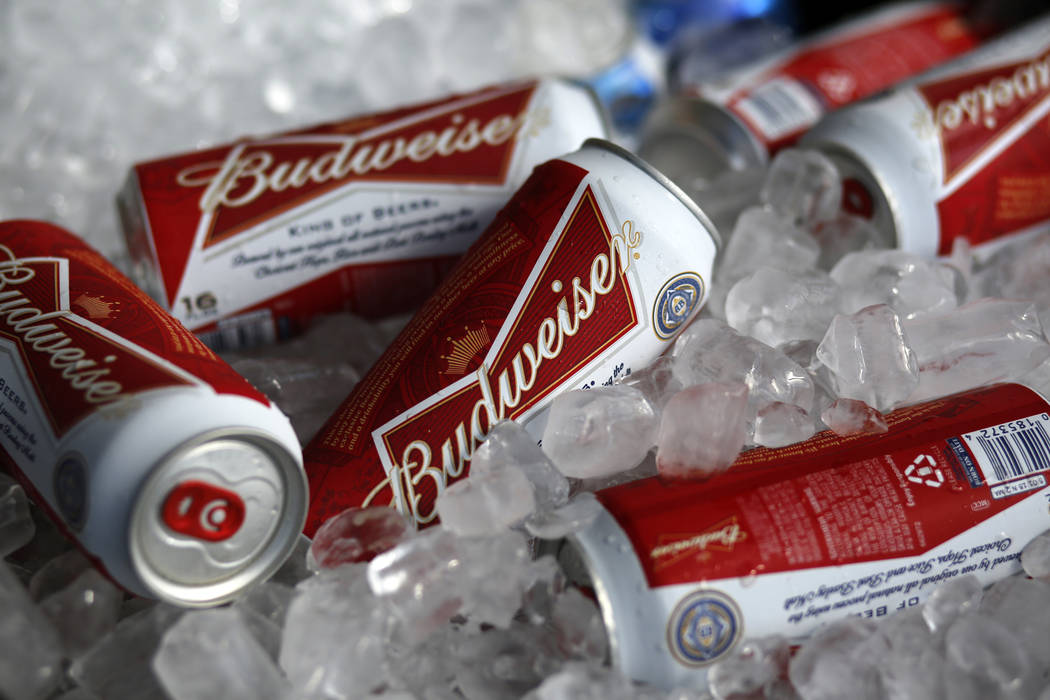 In this March 5, 2015, file photo, Budweiser beer cans are on ice at a concession stand at McKechnie Field in Bradenton, Fla. The maker of Budweiser is partnering with medical cannabis company Tilray in a $100 million deal to research cannabis-infused drinks for the Canadian market. The alliance announced Wednesday, Dec. 19, 2018, is the latest foray by a major beer company into the cannabis business in Canada, which legalized recreational marijuana in October. (AP Photo/Gene J. Puskar, File)

NEW YORK — The maker of Budweiser is partnering with medical cannabis company Tilray in a $100 million deal to research cannabis-infused drinks for the Canadian market.

The alliance announced Wednesday is the latest foray by a major beer company into the cannabis business in Canada, which legalized recreational marijuana in October.

Anheuser-Busch InBev and Tilray Inc. said each would invest $50 million in the project to study non-alcoholic drinks containing cannabidiol, or CBD, which some claim has calming and healing affects, and THC, the cannabis compound known for its psychoactive effects.

Belgium-based AB InBev, the owner of more than 500 beer brands including Budweiser and Stella Artois, said it will participate in the project through its subsidiary Labatt Breweries of Canada.

Tilray’s shares jumped 15 percent to after-hours training following news of the deal with AB InBev. The company had announced a day earlier that a subsidiary struck a deal with pharmaceutical company Sandoz AG to jointly operate in jurisdictions where cannabis is, or will be, approved for medical purposes.

Canada has emerged as a world leader in the cannabis industry, which is surging as legalization also expands in the United States.

North American consumer spending on legal cannabis is expected to grow from $9.2 billion in 2017 to $47.3 billion in 2027, according to Arcview Market Research, a cannabis-focused investment firm.

Coca-Cola, Pepsi and Guinness brewer Diageo have said they are closely watching the market for cannabis as it evolves.