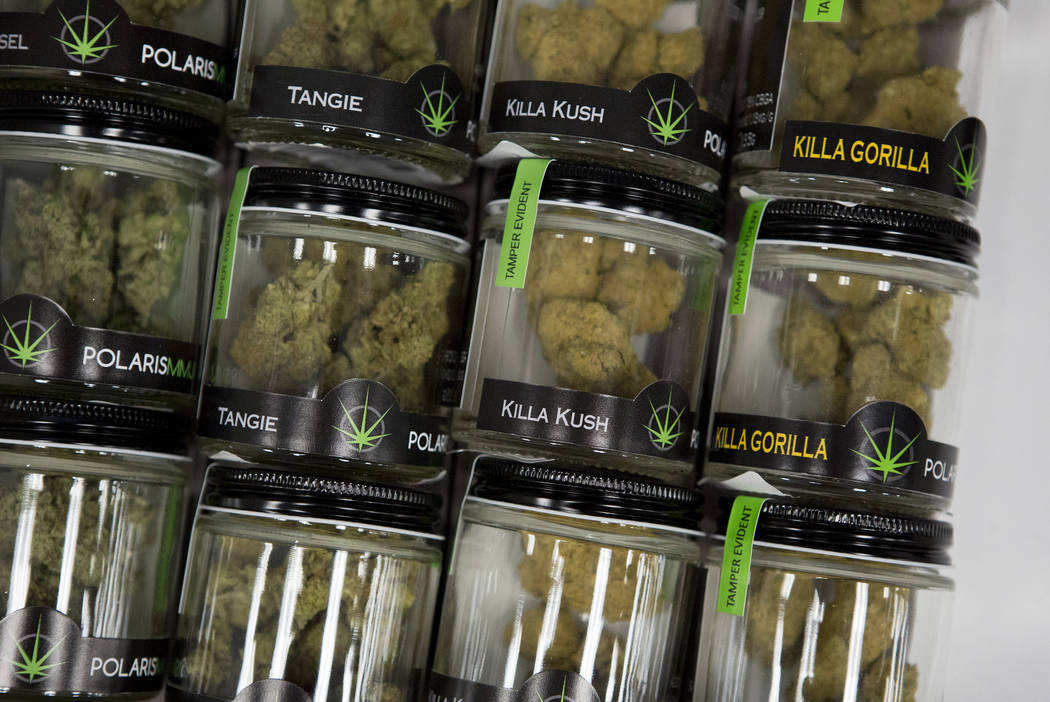 Those businesses can now apply for licenses from the state and county.

“We believe that we’re on track for a July 1 launch,” said Jardin dispensary owner Adam Denmark Cohen. “The state of Nevada, and Clark County in particular, are quite used to regulating complicated industries, and we’ve just seen a commitment and follow through on all levels to get the program implemented and launched in a timely manner.”

Cohen’s mood, however, was a bit dampened by a Carson City District Court judge issuing an injunction Tuesday while the distribution fight is worked out between alcohol distributors and the state tax department.

“We obviously weren’t thrilled with the judge’s decision to grant the injunction,” he said. “But of course we’ll move forward, and I have no doubt it will ultimately work out.”

Commissioners on Wednesday also considered revoking the business license for Digipath Labs, sparking a conversation about how to punish those who violate county code.

The medical marijuana testing laboratory was under scrutiny for sending an email blast in April that advertised another company’s $30 “cannabis-infused dining experience” and “cannabis cocktail hour.” The event, scheduled for May 13, was canceled by its organizers.

“I want to wholeheartedly apologize for my obvious lapse in judgment,” Digipath Labs founder and president Todd Denkin told commissioners. “We were just trying to help a friend promote her event.”

Commissioners did not revoke the lab’s license. Instead, they choose to have the business create and distribute a free handbook on Nevada’s marijuana laws, host 12 free educational lectures on marijuana laws and donate $50,000 to Roseman University of Health Sciences for an ongoing pilot study on drug use among children.

The commissioners agreed that they didn’t want to set a precedent that violations by marijuana companies would always end with a fine.

“I will support this motion today, but I, in the future, am not doing it this way,” Commissioner Marilyn Kirkpatrick added.

The commissioners and county staff agreed to create specific punishments for various violations of county code.

“There will be cases, if they do rise up and the behavior is egregious, we will revoke their license,” Giunchigliani said.