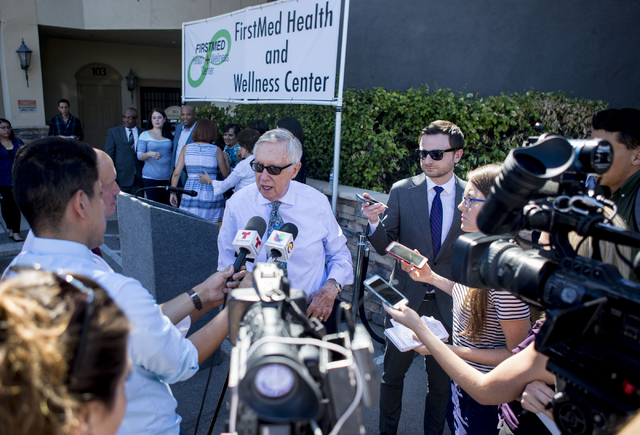 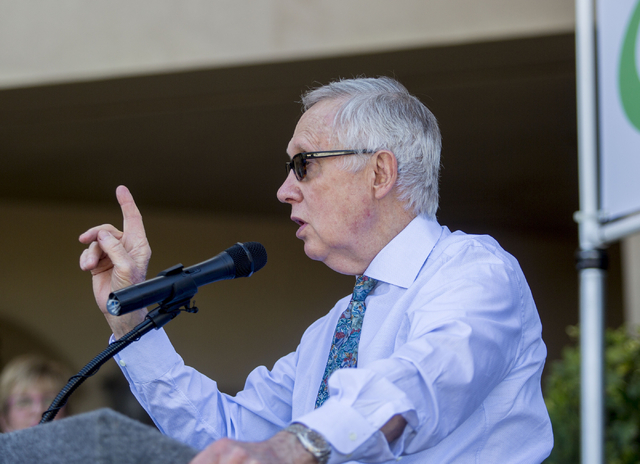 Asked by reporters whether he supports Question 2 on the Nov. 8 ballot — the Nevada referendum that could legalize recreational use of marijuana for adults over 21 years of age — the retiring senator said he was “very very dubious and concerned.”

“If I had to vote on it now, I wouldn’t vote for it,” Reid, D-Nev., told reporters Tuesday. “That’s something we need to look at quite a bit longer. I think it’s something that we have to be very careful with.”

Reid’s cautious approach to recreational cannabis is mirrored by several other Nevada lawmakers, including Republican Gov. Brian Sandoval. The governor signed legislation in 2013 that set up the state’s medical marijuana industry but has stated on multiple occasions his opposition to legalized recreational use.

With just under three months until Election Day, Reid said he wants to listen to the debates about the pros and cons of legalization.

“People better start making a case to me. They haven’t done it yet,” he said.

While Reid has his worries about legalized recreational use, he reiterated his “100 percent” support of marijuana for medicinal use.

Medical marijuana cardholders have been able to grow cannabis in Nevada since 2001. The Nevada Legislature voted in 2013 to allow dispensaries and commercial growing, opening the pathway for dozens of medical marijuana businesses to open in the state.

Reid signed on as a co-sponsor to a bill in November 2015 that would give state-compliant marijuana businesses access to banking, which has been a key struggle for many such companies in the state. The bill is still under consideration by the Senate Committee on Banking, Housing and Urban Affairs.

That stance wasn’t always so, however.

“A lot of us were kind of old-fashioned and said marijuana shouldn’t be used for anything,” Reid said.

In recent years Reid has seen several friends use cannabis to help ease their pain and suffering and extend their lives. Those experiences helped shift his view on the drug’s benefits, Reid said.

Now, Reid is a “huge fan of medical marijuana,” he said.

“But at the end of the day it’s up to the voters of Nevada to decide,” Segerblom noted.

On the other side, Assemblyman Pat Hickey, R-Reno, said he was “pleased, but not surprised,” by Reid’s comments.

“I think he’s exactly right to say this issue needs more study,” said Hickey, the co-chairman of Nevadans for Responsible Drug Policy, a political nonprofit that opposes the legalization efforts.

“Partisan politics aside, (Reid) cares about the future of Nevada,” Hickey added.

Hickey worries about the effect of legalizing recreational marijuana use, and especially how it affects workplace safety. He said Nevada is jumping from medical marijuana to recreational use too quickly.