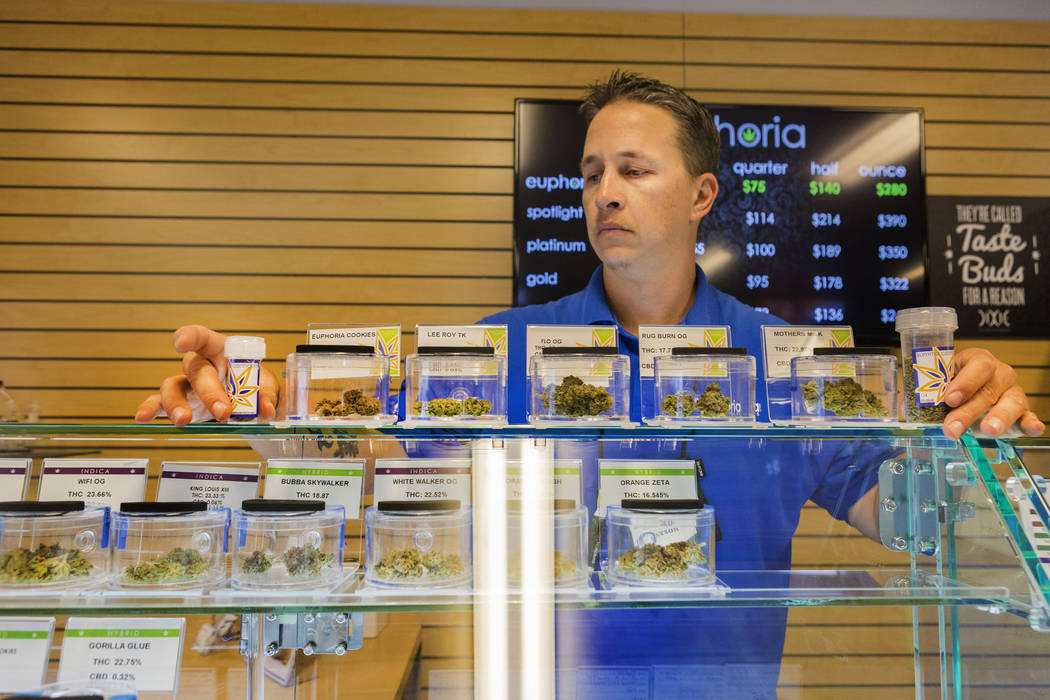 CARSON CITY — A Carson City district court judge on Tuesday refused to dismiss a lawsuit brought by liquor distributors against the Department of Taxation over the distribution of recreational marijuana to pot dispensaries.

Judge James Wilson said in rejecting the motion that factual disputes need to be heard in an all-day hearing set for Monday. One of those disputes involves the Department of Taxation’s intervention in a licensing process by liquor distributors in Clark County who were seeking to participate in the distribution process.

The decision could delay the start of recreational marijuana sales originally set for July 1 via the existing medical marijuana dispensaries operating throughout Nevada.

The issue is whether liquor distributors have the first right to distribute marijuana from grow facilities to the dispensaries.

An emergency regulation adopted by the Nevada Tax Commission opened up the distribution process to pot distributors as well.

The Nevada Department of Taxation has argued the measure legalizing the use of recreational marijuana allows for existing medical marijuana dispensaries to serve as distributors on a temporary basis if necessary from July 1 until the end of the year.

Initially, the tax agency was concerned that an inadequate number of liquor distributors had expressed interest in participating in the distribution of marijuana.

Wilson granted a temporary restraining order May 30 blocking the licensing of pot distributors after the lawsuit was filed by the Independent Alcohol Distributors of Nevada.

When the temporary restraining order was issued in May, tax department spokeswoman Stephanie Klapstein said that only one licensed alcohol wholesaler had applied for a marijuana distribution license, and that the application came in the morning the complaint was filed.

Attorney Kevin Benson, representing the liquor distributors, said Tuesday five have filed with the Department of Taxation to distribute marijuana.