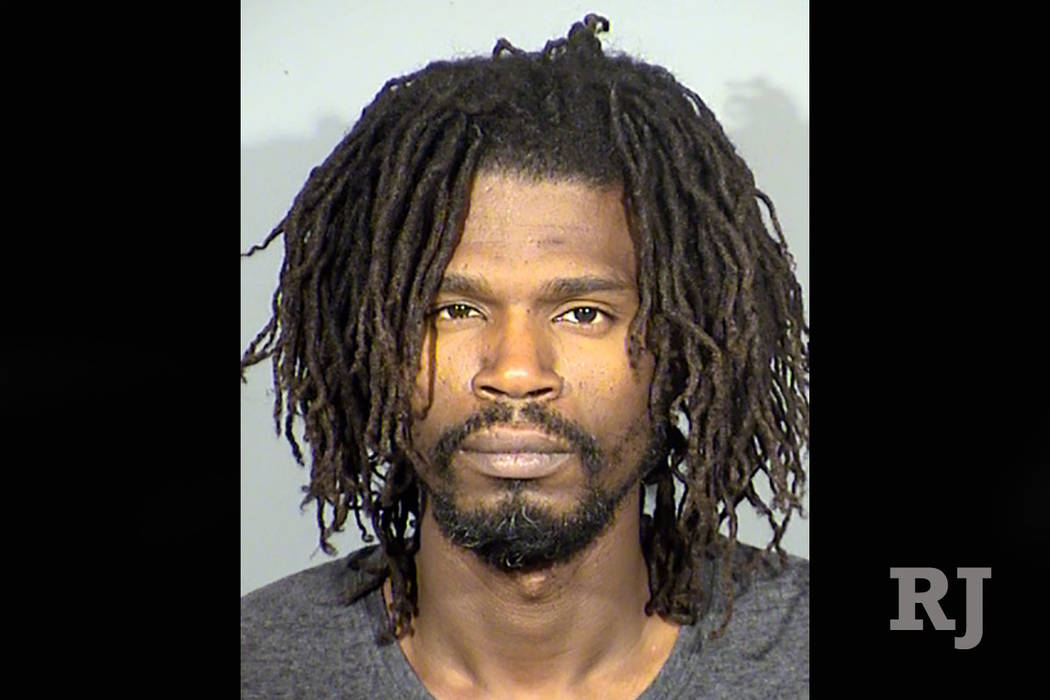 Everything about Elevate Medical Pharmacy looked like a legitimate marijuana dispensary.

A large sign out front displayed the business’ name. A neon “Open” sign shone bright in the window.

Inside, it looked like a typical pot shop: OG Kush, Sour Diesel and other popular marijuana strains inside glass display cases, a variety of cannabis-infused edibles labeled with dates of when they were baked, and even pamphlets listing the THC potency of most of the products.

But Elevate Medical Pharmacy, at 2951 Westwood Drive in Las Vegas, never had a license to sell, according to a police report released Thursday.

The Metropolitan Police Department, along with Clark County and state investigators, busted the shop on Sept. 19. Clayton Bernard, 36, was arrested on suspicion of illegally selling marijuana — a felony even though recreational marijuana sales have been legal in Nevada since July 1.

Andrew Jolley, president of the Nevada Dispensary Association and CEO of The+Source dispensaries, said Elevate is the first illegal shop he’s heard of in Las Vegas “in a long time.”

“We’re still in a transition from the illegal market to the legal marijuana market,” Jolley said. “I’m glad to know that Metro hasn’t backed down from this even though we’re now in a retail marijuana market.”

Bernard, who also goes by “Raz,” was “very confrontational” and told police that Elevate “had nothing to do with marijuana sales,” according to the report.

While being arrested, Bernard said he did not understand his rights “because he wasn’t a citizen of the United States,” and added that he was trying to start his own country, the report said.

Police seized about 25 pounds of smokable flower, 36 pounds of edibles and 80 grams of THC wax from the store, according to the report. In legal stores, one ounce of smokable marijuana can cost $200-$400, depending on the strain.

It was not immediately clear how long Elevate Medical Pharmacy had been in operation.

The Tax Department said it received a tip about the unlicensed marijuana store and contacted Clark County officials, who then reached out to Metro.

“This is a good reminder to the community to make sure they’re purchasing marijuana from a state-licensed store, where the products have been produced and tested under tight regulations,” Tax Department director Deonne Contine said. “Consumers can check to make sure a store is licensed by looking at the list we maintain on marijuana.nv.gov.”

In other states, especially California, illegal dispensaries have plagued the marijuana industry for years.

There were an estimated 106 illegal medical marijuana dispensaries across Los Angeles County as of April, according to a county report. And while about one-third had been shut down, an L.A. deputy district attorney described the process as like “playing a game of whack-a-mole,” as the businesses they shut down keep popping back up, the Los Angeles Daily News reported.

Bernard was released from jail on $3,000 bail, and is scheduled to be back in court on Dec. 5.