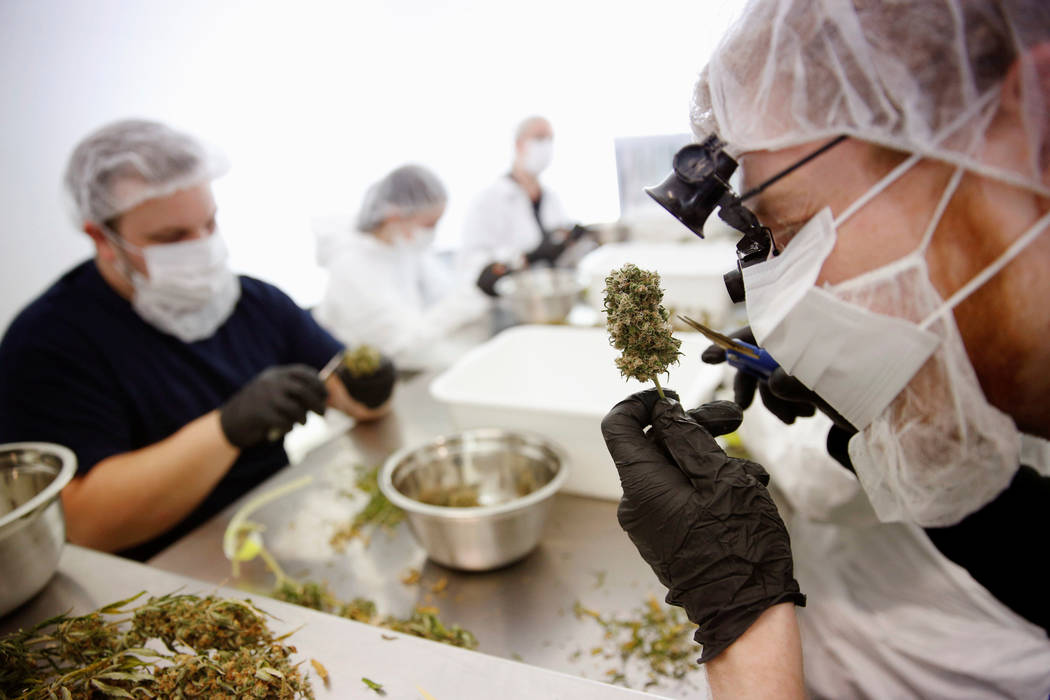 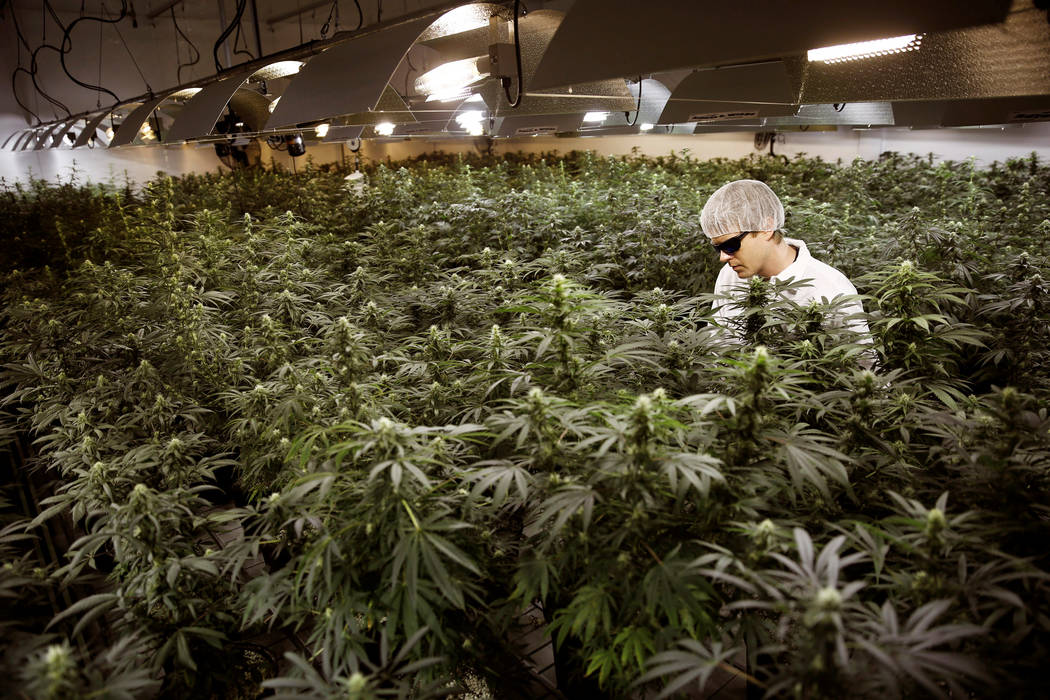 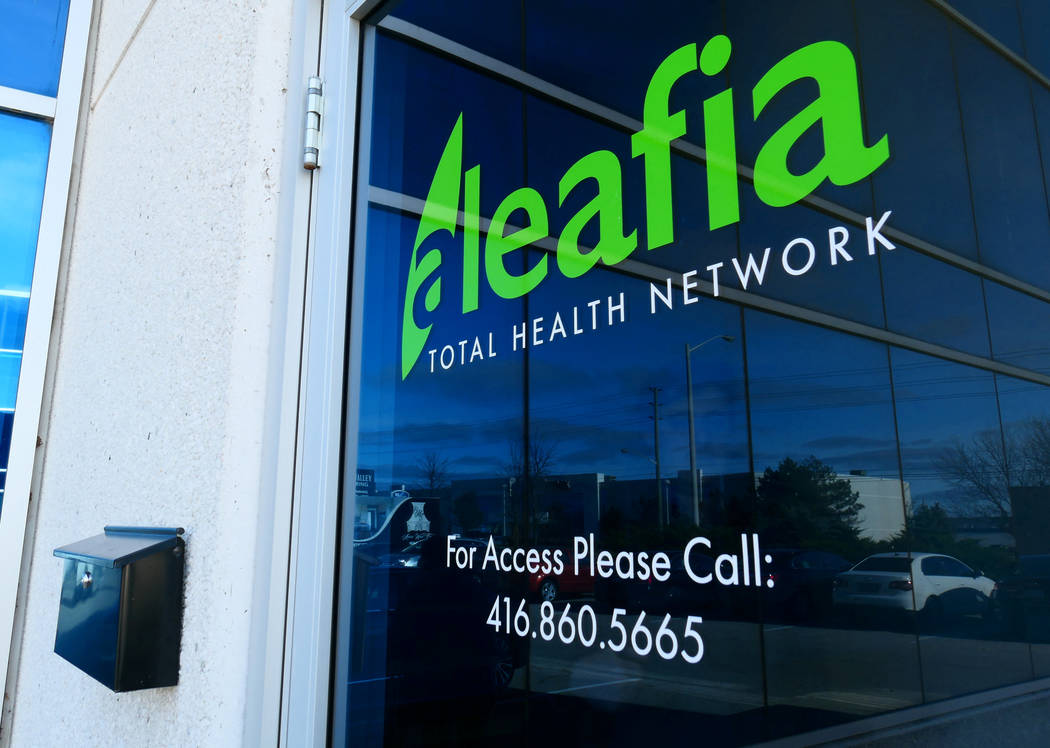 The office of Aleafia, a company owned by former police chief and Conservative cabinet minister and his business partners which authorizes patients for medical marijuana use, is shown in Toronto, Ontario, Canada, November 17, 2017. (REUTERS/Canice Leung) 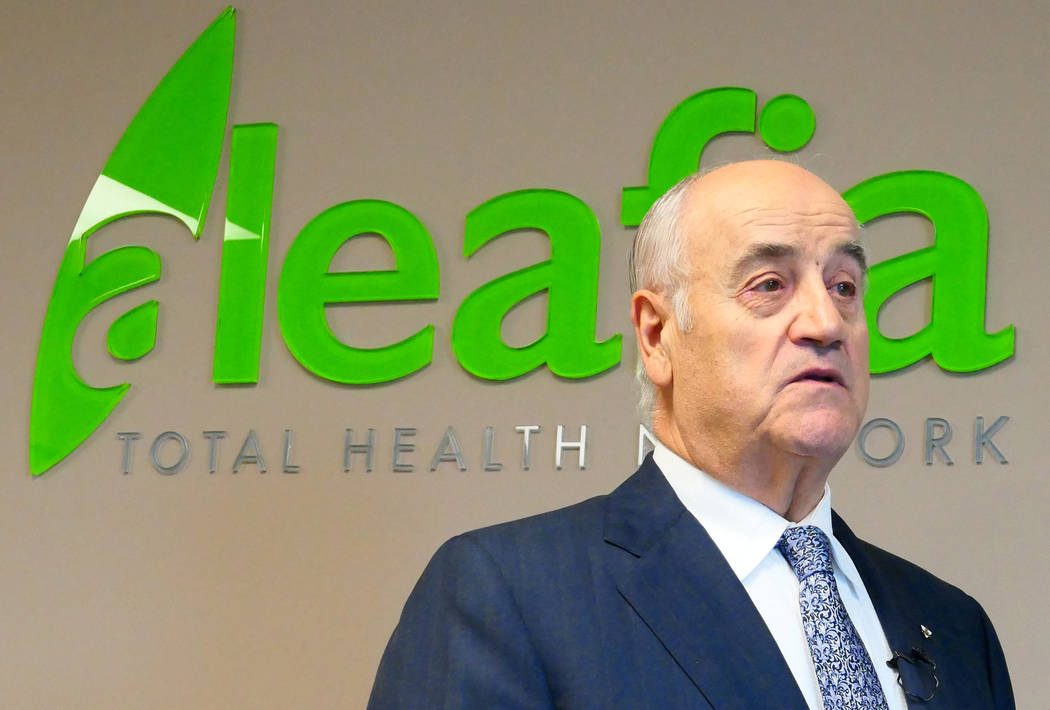 TORONTO — A former Canadian police chief and several colleagues who fought against making marijuana use legal have switched sides and embraced the looming legalization of cannabis with a leap into business.

With Canada’s legalization of a multibillion dollar marijuana industry set for next year, former police officers who once argued for mandatory jail time for minor marijuana offences are among those in line to capitalize on the change.

The most high profile is Julian Fantino, a former Toronto police chief and Conservative cabinet minister who fought against the legalization of pot and who said he now sees the value of a legal medical pot industry.

“For a lot of us, until you get into this thing, all we know is the stigma associated with marijuana. And there is that, of course, but … it’s only a matter of time, before it becomes a recognized, therapeutic, prescribed drug,” Fantino said in an interview.

Canadian Prime Minister Justin Trudeau promised to legalize recreational marijuana use in his 2015 election campaign and new legislation will let adults grow, buy or possess small amounts of marijuana as of July 1, 2018.

The Canadian cannabis black market is estimated to be worth between C$7 billion ($5.77 billion) and C$10 billion a year, with rates of youth use among the highest in the world. Analysts expect it will take time for legal trade to push aside unsanctioned competition.

Fantino and his partners — a former Royal Canadian Mounted Police officer, a former fire chief and a former member of parliament — are promoting their company Aleafia, which provides patients with authorizations for medical marijuana, as well as other medical services. Medical marijuana is already legal.

Fantino said he would “absolutely” be pursuing the business even if Canada was not legalizing the lucrative recreational industry.

But his change of heart has met with skepticism in some circles. Toronto Star newspaper columnist Royson James wrote “the hypocrisy stinks to high heaven.” On Twitter, pot activist Jodie Emery called the news “infuriating.”

The Canadian Broadcasting Corp introduced an interview with Fantino by noting he had “once compared weed to murder.”

Fantino said the quote was taken out of context and he “did what I could to apply the laws of the land with conscience.”

Other ex-cops are getting into the business side of marijuana.

Former deputy Toronto police chief Kim Derry has been involved in medical marijuana businesses since 2012. Derry is president of Met-Scan Canada, which he said provides security for about half a dozen marijuana growers. He expects that number to grow once recreational production becomes legal.

“From a background of criminal activity, I certainly know how (grow operations) operated in the past,” Derry said. “I know all the pieces, through a chain of supply, where there’s weaknesses.”

The government’s effort to legalize marijuana is headed up by another former Toronto police chief, Bill Blair, who succeeded Fantino in 2005 before they both turned to politics.

Blair said retired police officers have been getting calls for advice on medical marijuana production since related laws came into effect in 2013.

“I think many are being sought out for their expertise in public service and regulatory law and security around these things,” he said, adding he does not think its unseemly for police officers to make money off cannabis.

“For me, it’s entirely consistent with my life’s work and I wouldn’t comment on anyone else’s history or motives.”

Pot possession remains illegal until July and Canadians continue to be prosecuted for it – 17,733 people in 2016, according to Statistics Canada. Studies have found marginalized communities are disproportionately targeted.

The government is developing ways to track each marijuana plant from seed to point of sale and test for quality. It has yet to draft detailed advertising rules or finalize tax levels.