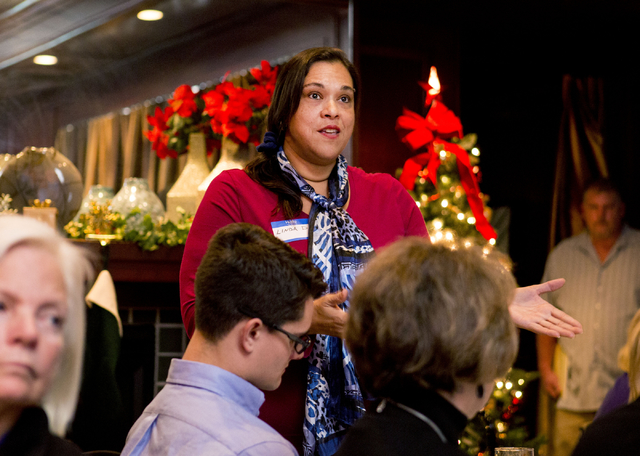 Linda Detres, volunteer for Wecan, asks Senator Patricia Farley about how packaging for edibles will be any different than alcohol packaging during a panel discussion constructed of marijuana laboratories discussing the need to test marijuana for pesticides, heavy metals, mold in preparation for the coming legal recreational marijuana some time in 2017, at McCormick & Schmicks restaurant, Las Vegas, Thursday, Dec. 15, 2016. (Elizabeth Page Brumley/Las Vegas Review-Journal) @EliPagePhoto 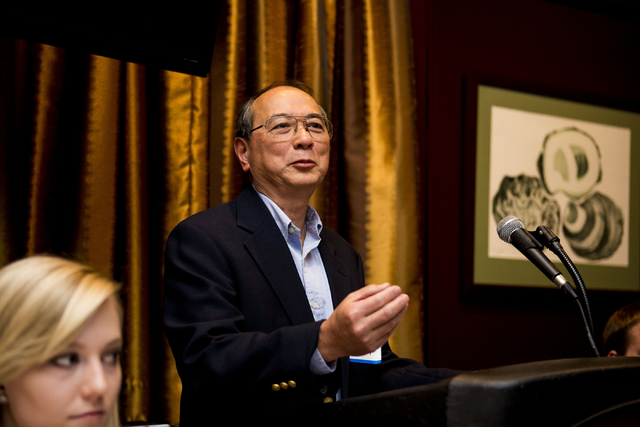 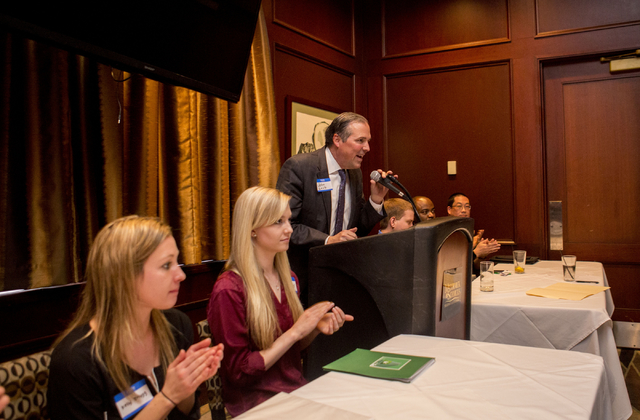 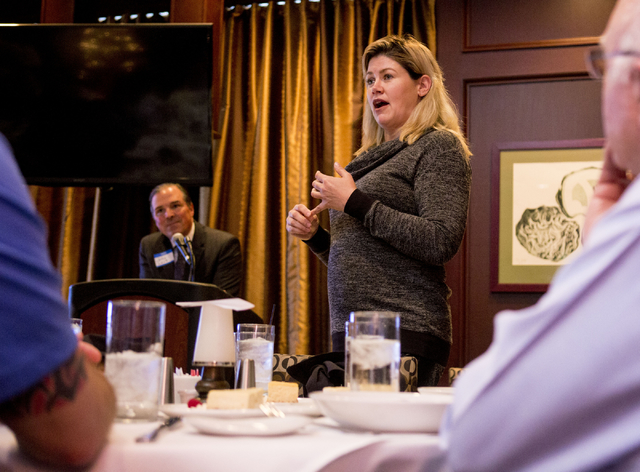 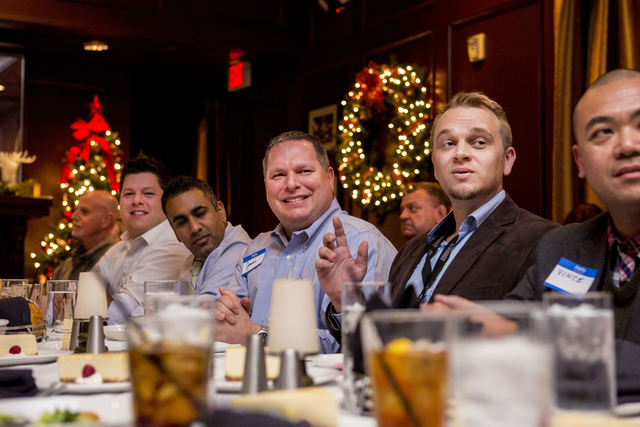 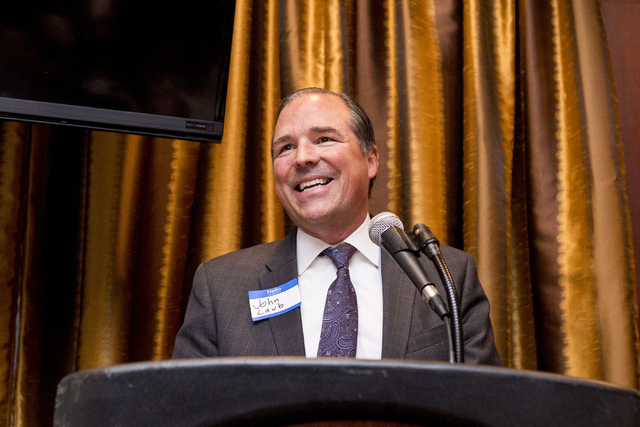 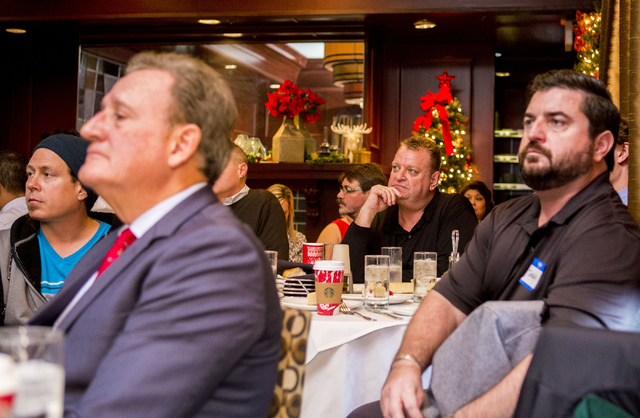 Hoping to avoid the pitfalls seen in other states that have legalized marijuana, several in Nevada’s marijuana industry want the state’s stringent testing of medical marijuana products to be carried over to the recreational market. Doing so is essential to protecting the consumers, they say, as well as the industry.

“We need to make sure this product is safe. And the only way to make sure it’s safe is to test it,” said Kelly Zaug, lab manager at DV Labs in Las Vegas, during a Las Vegas Medical Marijuana Association panel discussion Thursday.

Nevada requires medical marijuana products be tested by independent laboratories for pesticides, microbial bacteria, mycotoxins and heavy metals, as well as for the level of THC potency, on a regular basis. That type of regulatory barrier is seen in only a handful of the 28 states with legal forms of marijuana. Some of those states, like Arizona, Michigan and Rhode Island, have no testing requirements for medical marijuana.

Question 2, which Nevadans approved by a 9 point margin last month, tasks the state’s Department of Taxation with crafting the regulations that will guide the industry, including how the products will be tested.

Zaug and other panel members, including state Sen. Patricia Farley, I-Las Vegas, said it is important to make sure those regulations are carried over into the recreational side.

“It’s important for us to be at the forefront,” Farley said after the panel discussion.

Farley, who has helped lead the way in Nevada’s medical marijuana regulations, said it’s important that those testing requirements get ironed out before dispensaries begin selling recreational products — which is expected to start sometime in the summer of 2017 — so that the state can avoid some of the mishaps that others have endured.

In Oregon, for example, the state issued a “health alert” in October for pesticide-tainted marijuana. About 130 people bought the tainted flowers over a three day period, The Oregonian reported.

That kind of misstep is exactly what Nevada is hoping to avoid, said DigiPath Labs lab manager Ini Afia.

“These types of testing are very important to make sure the consumer is safe,” Afia said. “It just takes one issue to bring the whole industry down.”

Farley said they are looking at states like Oregon and Colorado to cherry-pick what regulations have worked and learn from what hasn’t.

And with Las Vegas’ inherent tourist draw, the need for non-contaminated cannabis is magnified, Farley added.

“We have 42 million people coming here,” she said. “We need to make sure they can purchase a safe product as well.”

But it’s not just tourists who need safe cannabis, according to Zaug.

Other groups, like veterans and gun owners, have a lot at stake should they decide to apply for a medical marijuana card.

Veterans who apply for medical marijuana cards are at risk of losing their Veterans Affairs benefits because the drug is still illegal under federal law.

Veterans and gun owners looking to use cannabis for medicinal reasons should be afforded the same quality of product in the recreational market, Zaug said, so they won’t have to risk losing their benefits or civil rights.