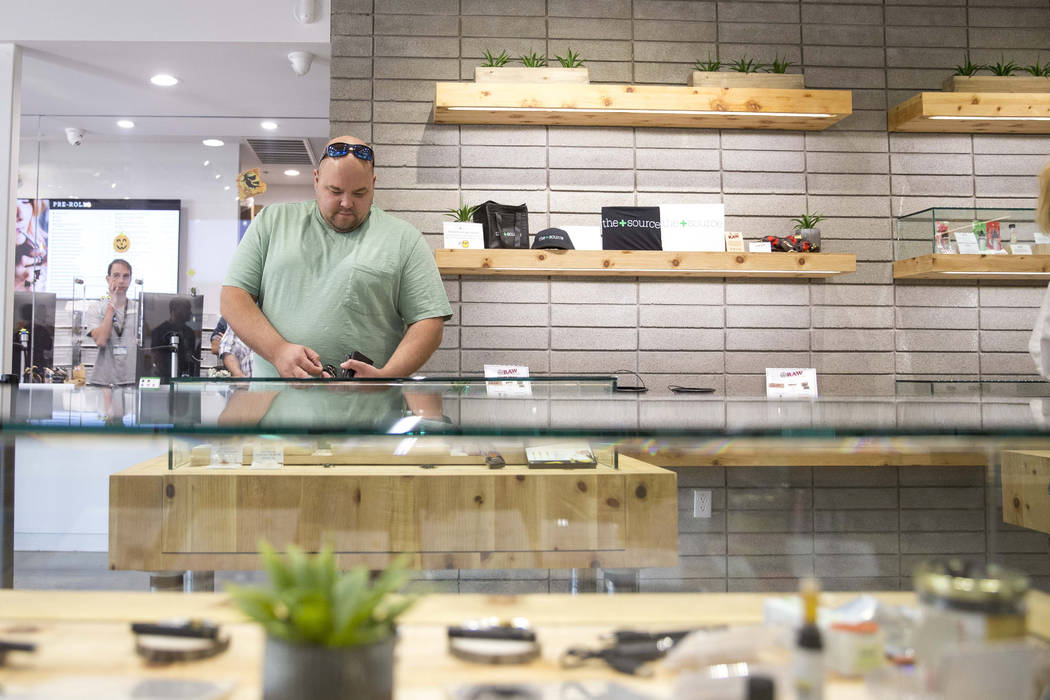 “We all knew going in that this could happen,” said Andre Rhodes, co-owner of Nevada Wellness in Las Vegas. “There’s nothing we can do but go on business as usual until they decide to make a move.”

On Jan. 4, Sessions announced that the Justice Department had rescinded the Obama-era Cole Memo, a policy that had been in place since 2013 and paved the way for marijuana legalization movements across the country, including Nevada, by providing guidance for federal prosecutors not to pursue businesses in compliance with state marijuana laws.

The announcement reignited fears that Sessions, a staunch opponent of legalization, would try to shut down the industry, but marijuana businesses and states have changed nothing.

“What are you supposed to do? We’re regulated by the state with stringent rules and regs already,” Rhodes said.

The new policy leaves the decision to prosecute up to the U.S. attorneys in each state. A day before the Cole Memo announcement, Sessions appointed Dayle Elieson as interim U.S. Attorney for Nevada. She was a federal prosecutor from Texas with no apparent ties to the Silver State.

Gov. Brian Sandoval, who opposed legalizing marijuana in Nevada but has defended the industry as one that is well-regulated and restricted, said Friday he has not spoken to anyone at the Justice Department since last year.

Sandoval said he wants to show Elieson that the pot industry is generating tax revenue to the tune of $19 million over the first four months of recreational sales, providing funding for education and creating thousands of jobs.

“I would encourage her to look and see what we have done and tell her that federal intervention isn’t needed,” Sandoval said.

Adam Cohen, a lawyer and owner of Jardin Premium Cannabis, said despite the uncertainty, he isn’t altering how he does business.

“We don’t anticipate the federal government all of a sudden coming in and kicking in our door, arresting owners or confiscating inventory,” Cohen said. “It’s very much business as usual.”

It’s not just marijuana businesses that are moving forward despite the uncertainty.

The Nevada Tax Commission is set to codify the state’s marijuana regulatory structure into law when it votes on the proposed permanent regulations Tuesday. Approval would set the groundwork for the state to expand significantly the number of licensed marijuana businesses. Nevada’s recreational marijuana market has been operating under temporary regulations since July 1.

Elsewhere, lawmakers are pressing the issue of marijuana legalization.

Since the announcement, Vermont’s Legislature passed a bill that legalizes recreational pot possession and sales, becoming the first state to legalize by means other than a voter-approved ballot initiative. Vermont Gov. Phil Scott has indicated he will sign the bill into law.

The announcement also shined new spotlights onto a handful of bipartisan bills making their way through Congress.

Of note, 69 members of Congress — including Nevada Democratic Reps. Dina Titus and Jacky Rosen — signed onto a proposed amendment to the federal spending budget bill Friday that would prohibit the Justice Department from using any federal funds to interfere with any states’ efforts to legalize or regulate marijuana.