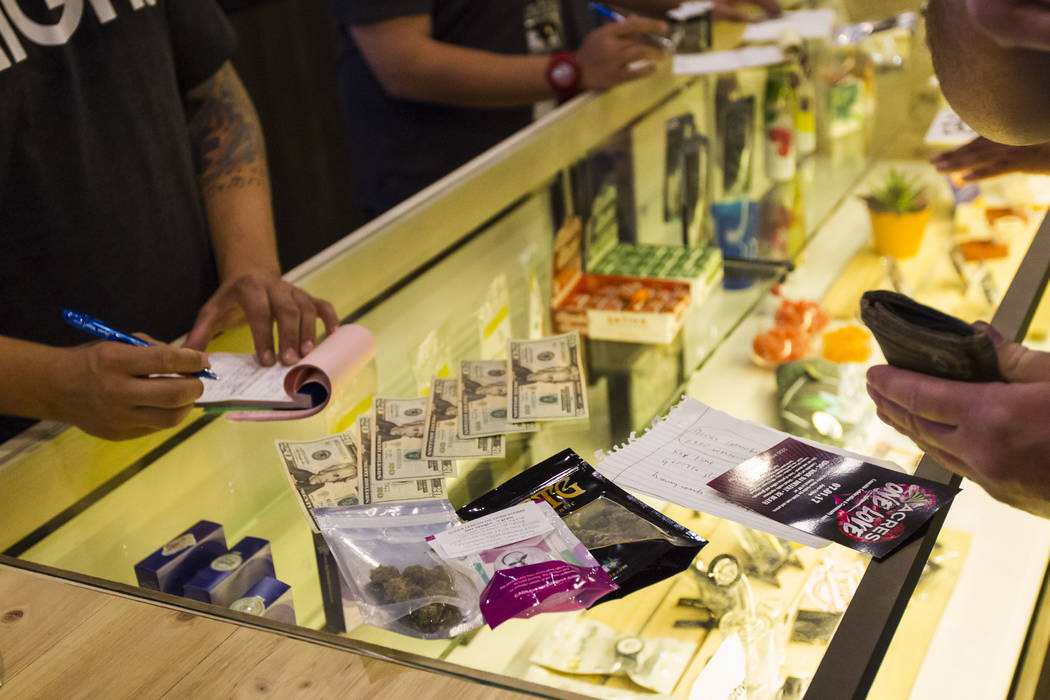 Nevada’s recreational marijuana market can’t seem to figure out which to go.

Sales numbers for the Silver State’s new green market have fluctuated each month since it opened in July, going from an up month to a down month.

That trend continued in January, when roughly $32.8 million in marijuana was sold. That was down from December’s $35.8 million total, according to statistics published by the state this week.

“It’s a good spot to be in, but it’s not growing like I thought it would,” said state Sen. Tick Segerblom, who pushed for pot legalization.

There could be several reasons for the January sales drop.

But while sales have been up and down, each month has been well over the state’s projections.

January followed that trend, with sales coming in more than $8 million higher than the $24 million projected for the month in the state’s two-year budget.

The state’s budget projected $63.5 million in revenue from the retail tax on weed in the first two years of sales. Retail consumers pay a 10 percent retail excise tax on recreational marijuana. The money goes into the state’s rainy day fund. Through seven months, the tax has brought in roughly $22.8 million — just $4 million short of what was projected for the first year.

“All in all, it’s been fantastic,” Segerblom said. “If it stays like this for two years, we’d come back with quite a bit more money than projected.”

Segerblom said he hoped the state would see consistent month-over-month growth of 10 percent, but now thinks that kind of growth won’t happen until the industry can get more publicity aimed at tourists — specifically the 43-plus million who pass through Las Vegas each year.

A big hurdle is finding a place for those tourists to use the product, since regulators have banned pot consumption on any gaming properties and the law bars public use.

Segerblom said he believes concepts such as consumption lounges and weed-friendly events and concerts could be the solution.