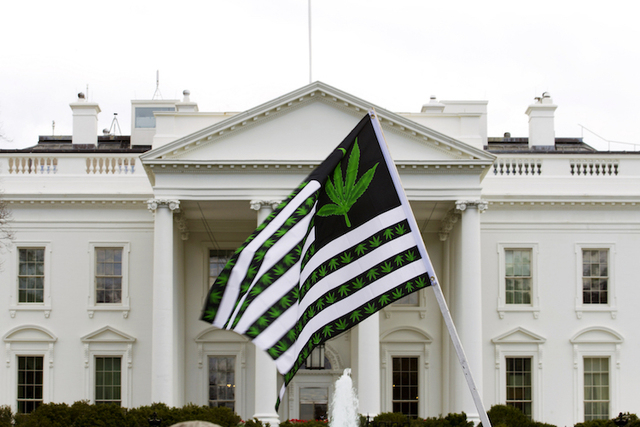 Nevada’s legal tests to determine if drivers are impaired by marijuana have no scientific basis, according to a study by the nation’s largest automobile club that says those laws should be scrapped.

As Nevada voters grapple with a November ballot question of whether to legalize recreational use of marijuana, the study commissioned by AAA’s safety foundation said it’s not possible to set a blood-test threshold for THC, the chemical intoxicant in marijuana, that can reliably determine impairment. Yet laws in Nevada and four other states automatically presume a driver guilty if that person tests higher than the limit, and not guilty if testing lower.

As a result, drivers who are unsafe might be going free while others might be wrongly convicted, the foundation said.

The foundation recommends replacing laws in Nevada, Colorado, Montana, Ohio, Pennsylvania and Washington with ones that rely on specially trained police officers to determine if a driver is impaired, backed up by a test for the presence of THC rather than a specific threshold. The officers would be directed to screen for dozens of indicators of drug use, from pupil dilation and tongue color to behavior.

After legalizing medicinal marijuana in 2000, the state’s first medical marijuana facility finally opened in July, with dozens more popping up across Southern Nevada.

Voters will decide in November if Nevada is to legalize recreational use of marijuana. If the ballot measure passes, the 2017 Legislature would be tasked with crafting the laws to regulate the industry.

State Sen. Tick Segerblom, the biggest marijuana supporter in the Legislature, said he agrees with the study and that it could be the fuel he’s been seeking to change the marijuana driving law.

“We’ve tried to change it in the past,” Segerblom, D-Las Vegas, said Tuesday. “Our current law has no relevance.”

The laws governing the threshold for marijuana influence in Nevada were enacted in 1999. They lay out thresholds for the presence of THC in a driver’s blood, but also the presence of its metabolites, which can linger for weeks after use. Segerblom said the numbers were the lowest a lab could test for.

Determining whether a driver is impaired by marijuana, as opposed to having merely used the drug at some time, is far more complex than the simple, reliable tests that have been developed for alcohol impairment.

There’s no science that shows drivers become impaired at a specific blood level of THC; a lot depends upon the individual. Drivers with relatively high levels of THC might not be impaired, especially if they are regular users, while others with relatively low levels might be unsafe behind the wheel.

Some drivers might be impaired when stopped by police, but by the time their blood is tested have fallen below the legal threshold because active THC dissipates rapidly. The average time to collect blood from a motorist is often more than two hours because that typically requires a warrant and transport to a police station or hospital, the foundation said. Frequent marijuana users can exhibit persistent levels of the drug long after use, while THC levels can decline more rapidly among occasional users.

The levels of THC or metabolites, Segerblom said, have “no correlation to when you smoked it.”

Segerblom agreed with the proposal that police should determine if a driver is impaired rather than relying on a blood or urine test. Officers could use tactics similar to traditional field sobriety tests during which drivers have to prove their coordination, he said.

A portion of tax revenue from marijuana sales should go directly to training police on how to make those determinations, the senator added.

While AAA stopped short of blaming the crashes on that increase, its traffic safety director, Jake Nelson, said traffic fatalities increased 6 percent in Washington during the same period while traffic deaths nationally declined.

The Associated Press contributed to this report. Contact Colton Lochhead at clochhead@reviewjournal.com or 702-383-4638. Find @ColtonLochhead on Twitter.