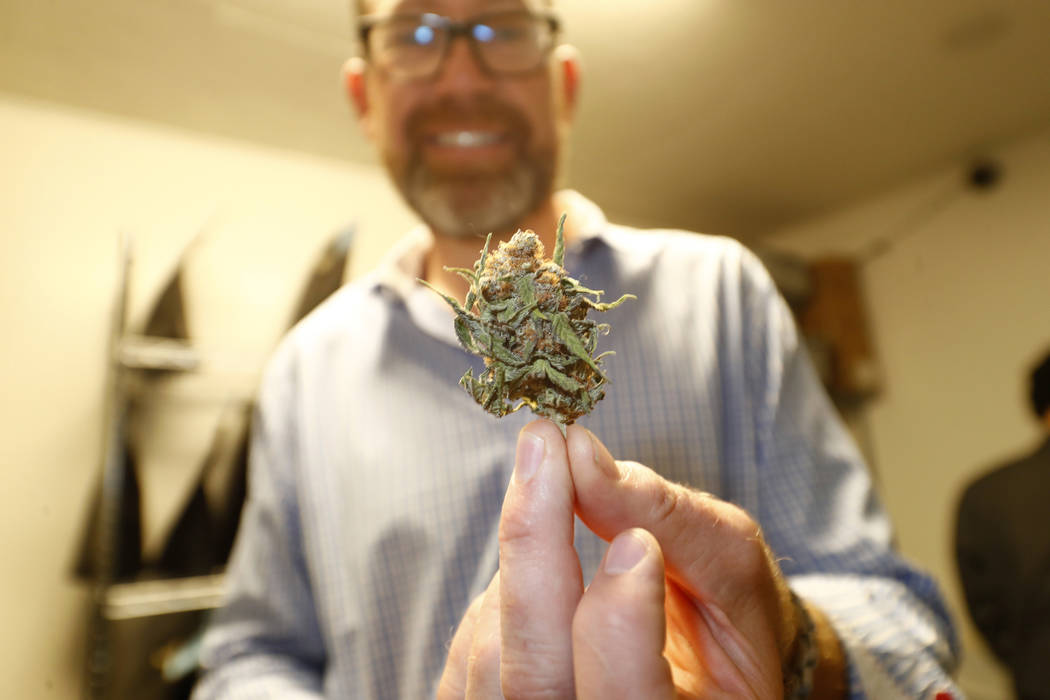 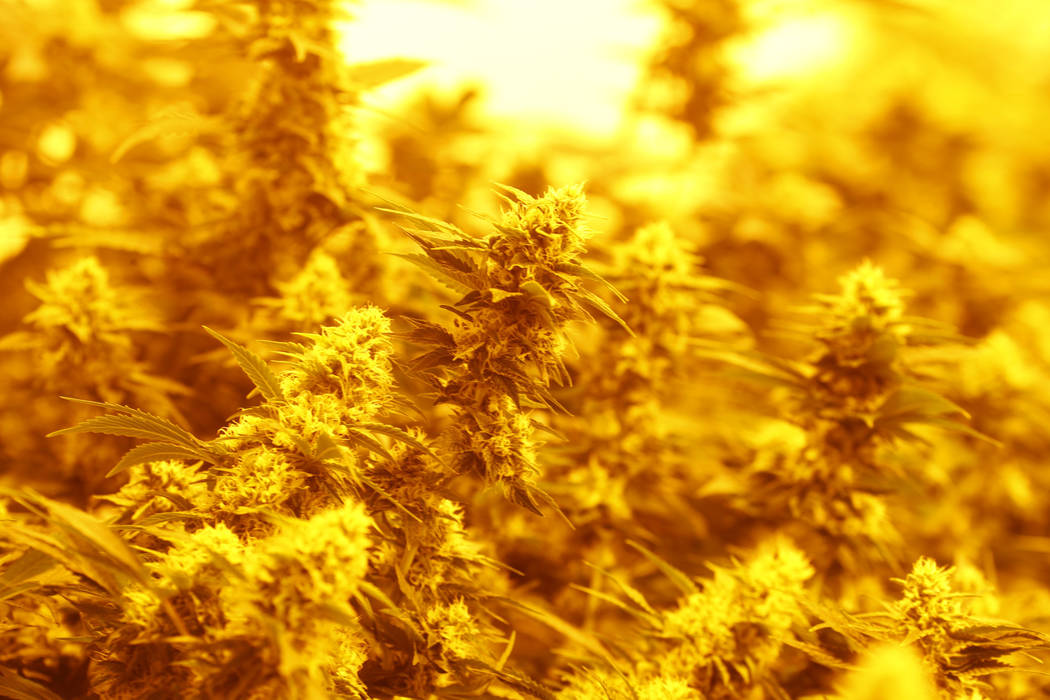 A marijuana plant is shown under grow lights at the Colorado Harvest Company in Denver in 2017. (AP Photo/David Zalubowski) 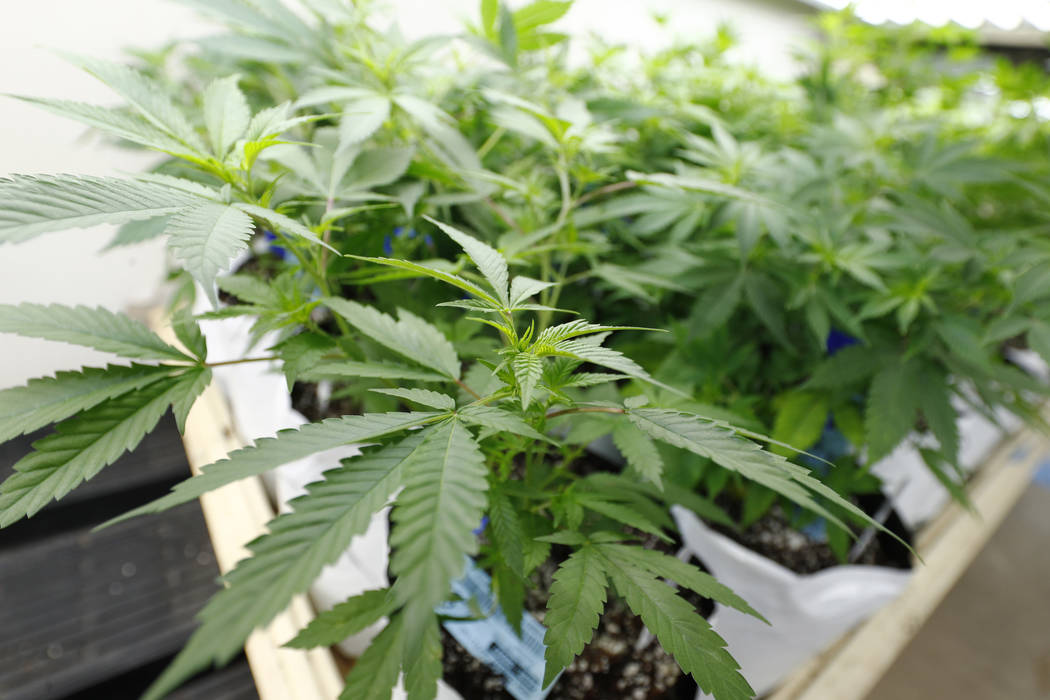 A marijuana plant is shown as it is grown at the Colorado Harvest Company in Denver in 2017. (AP Photo/David Zalubowski, File) 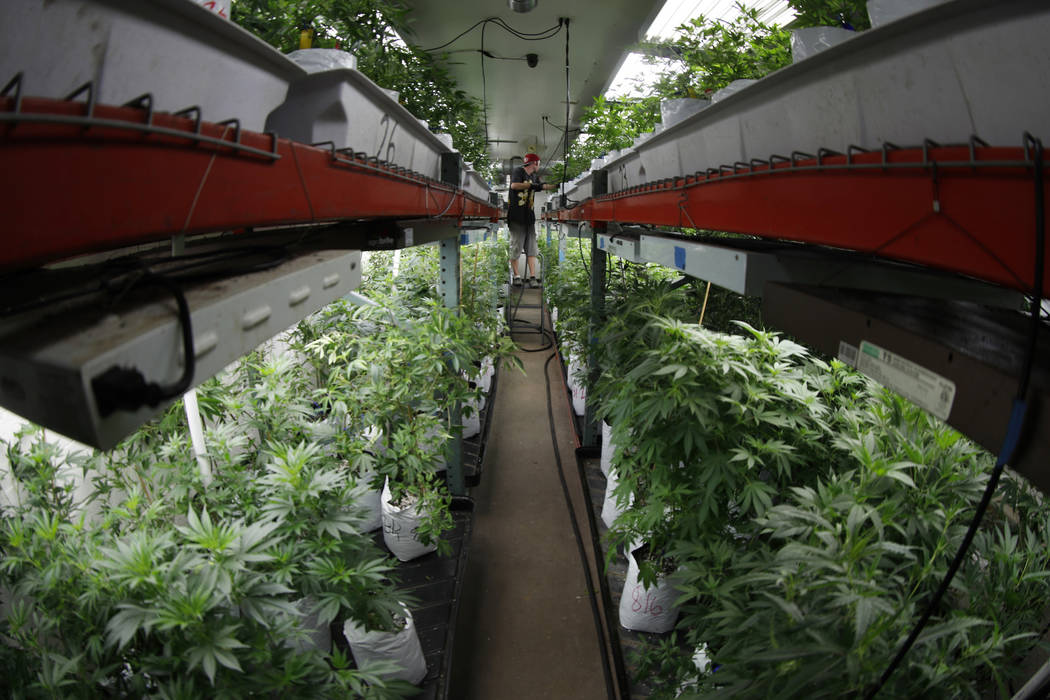 A worker waters marijuana plants at the Colorado Harvest Company in Denver in 2017. (AP Photo/David Zalubowski)

PORTLAND, Ore. — Two of the first states to broadly legalize marijuana took different approaches to regulation that left Oregon with a vast oversupply and Colorado with a well-balanced market. But in both states prices for bud have plummeted.

A new Oregon report by law enforcement found nearly 70 percent of the legal recreational marijuana grown goes unsold, while an unrelated state-commissioned Colorado study found most growers there are planting less than half of their legal allotment — and still meeting demand.

The reports offer case studies for California and other pot-friendly states as they ramp up their legal pot industries. They also underscore some key differences in how broad legalization was handled that have helped shape differently evolving markets in each state.

The Oregon study released by the Oregon-Idaho High Intensity Drug Trafficking Area — a coalition of local, state and federal agencies — includes the medical and general-use markets and the illegal market, despite gaps in data on illicit marijuana grows.

It noted Oregon still has a serious problem with out-of-state trafficking and black market grows — and the top federal law enforcement officer in Oregon demanded more cooperation from state and local officials Thursday in a strident statement.

“What is often lost in this discussion is the link between marijuana and serious, interstate criminal activity. Overproduction is rampant, and the illegal transport of product out-of-state — a violation of both state and federal law — continues unchecked,” said Billy Williams, U.S. Attorney for Oregon. “It’s time for the state to wake up, slow down and address these issues in a responsible and thoughtful manner.”

The Colorado study, released Thursday, focuses on the legal, general-use market, and researchers at the University of Colorado Boulder’s business school and a Denver consulting firm had access to state tracking data to produce the first-of-its-kind analysis.

Colorado sales of broadly legalized marijuana began in 2014, roughly two years before Oregon allowed marijuana to be sold at non-medical retail stores. From the beginning, Colorado had stricter regulations for its growers than Oregon did.

Colorado gave existing medical marijuana growers the right of first refusal for licenses, cutting down right away on a potential source of black market production. The state also requires growers to show they have sold 85 percent of their output before allowing them to expand their growing operation, said Beau Whitney, senior economist at national cannabis analytics firm New Frontier Data.

“That was the right approach, and we’ve made that recommendation to other state regulators to do that because if you exclude the medical folks from entering the market, then there could be propensity for diversion” to the black market, he said.

“Colorado has done a good job in sizing the market. In Oregon, it’s going to take a while for that balance to be established.”

Oregon didn’t give existing medical marijuana growers priority over new applicants as Colorado did, and it also didn’t cap licenses. That created a perfect storm of endless licenses for all comers paired with less incentive for medical growers to enter the new industry.

In June, the Oregon Liquor Control Commission, which oversees general-use marijuana, did put a pause on issuing new grow licenses to work through a monthslong backlog of applicants. The Legislature will likely consider steps to get a handle on oversupply in the 2019 session.

The Pacific Northwest state also had to contend with a long-entrenched culture of illegal marijuana cultivation along its border with California, where there are near-perfect outdoor growing conditions. That tradition of illicit marijuana has created a nightmare for law enforcement agencies in rural, heavily forested counties already stretched thin by budget cuts.

The Oregon report, for example, noted nearly 15,000 pounds (6,800 kilograms) of marijuana with a street value of $48 million has been seized heading to 37 other states. That doesn’t include illegal pot snagged at Portland International Airport.

“I know a lot of the legal industry in Oregon has been asking for stepped-up enforcement to combat illegal operations, but there doesn’t appear in those conversations a clear owner of the law enforcement,” Whitney said.

Although Colorado has been more successful in finding a balance between supply and demand, retail prices for bud, or marijuana flower, have plummeted in both states about 50 percent since 2015.

That statistic could be deceiving, however, because most growers are now cultivating their crop for conversion into the increasingly popular oil extracts that wind up in everything from soaps to vape pens to edible gummies to salves. It takes 10 times more dried flower to make an oil extract and much of the dried flower is going to that market, Whitney said.

“What the report demonstrates to us is that our licensed operators are operating responsibly,” said Mike Hartman, executive director of the Department of Revenue, which oversees marijuana regulation. “They’re not overproducing the amount of product they’re putting in the marketplace. They are operating to maximize product but also … emphasizing public health and safety.”

At Green Dot Labs in Boulder, CEO Alana Malone estimated the company grows about 1,600 of its allotted 1,800 plants that are used to produce cannabis oil products.

As one of Colorado’s oldest companies focused on producing extracts from marijuana plants, Malone said decisions about how much to plant are based on expected demand — and consumers’ interest in the type of concentrate products that Green Dot Labs produces is growing.

Malone said she was pleased that the Colorado study found about 32 metric tons of marijuana flower left in inventory by the end of 2017.

“That’s not even close to some of the figures you see from others states,” Malone said. “So I’m a little bit proud of that.”