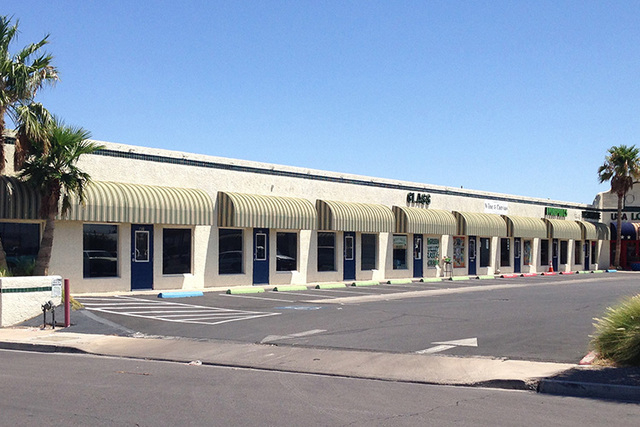 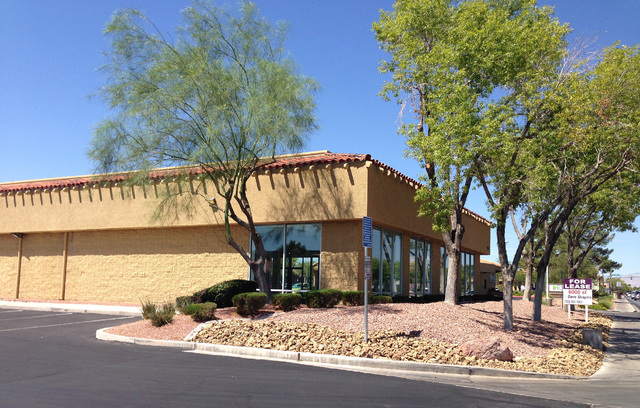 The proposed owners of Serenity Wellness Center plan to convert the old Blockbuster Video store at 4301 E. Sunset Road in the Green Valley Plaza into a medical marijuana dispensary if they earn state and city approval. The location is one of 10 proposed dispensary locations proposed along the Sunset Road corridor in Henderson. The city is expection to be approved for five locations out of 27 applications. Photo taken Aug. 9, 2014. (Arnold M. Knightly/ Las Vegas Review-Journal) 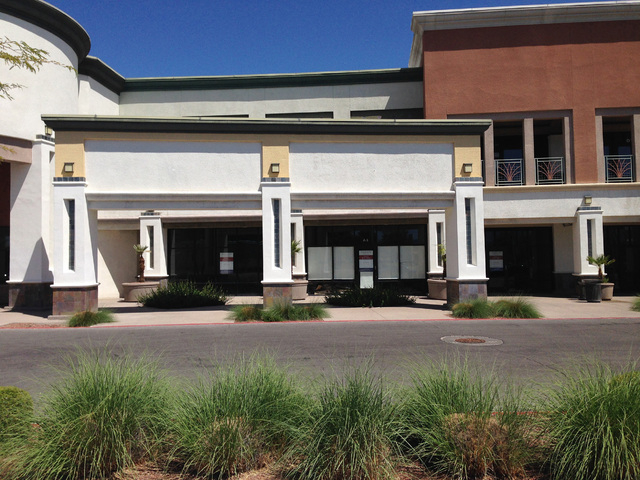 Sunset Road in Henderson might become the main corridor of medical marijuana dispensaries for the city.

That would go against the desires of some City Council members, who want to see its five facilities located throughout the city for easy patient access.

“If we are going to treat these dispensaries as legitimate businesses, then we shouldn’t be tucking them away in remote places of the city,” said Councilman John Marz, whose ward contains most of the proposed locations. “Or they shouldn’t be in places that are inconvenient for a lot of our citizens.”

Nineteen of the 27 preliminary applications for dispensaries filed with the city last month are north of Wigwam Parkway, with 10 in the Sunset Road corridor, from Green Valley Parkway to just past Boulder Highway. Two near Green Valley Parkway are right across the street from one another.

Bristol Ellington, Henderson assistant city manager, said there has been a desire by the council to have dispensaries “appropriately dispersed throughout the city so that it is in close proximity to customers who live in various parts of the city.”

However, with the Nevada ranking the five best applications before they go before the City Council later this year, residents could be forced to drive nearly 15 miles, or travel outside the city.

“In which case, the applicants that we score and rank the highest, if they do not agree or want those businesses in those locations, (City Council) can deny local approvals,” Westom said. “We will also deny (applicant’s state provisional) certificate and tell (the city) who the next one is.”

But where the applicants are located in relation to one another is not a top concern of the state’s scoring of applications.

“What we’re looking at is the medicine making it to the patients safely with proper laboratory analysis and labeling, and that the operation is well run,” Westom said.”It’s not paramount to our division and what we’re tasked with by the law on their exact address (in relation to others). I know that’s big to Henderson, but that’s not what we’re charged with by the law.”

One option not easily available to the city is asking a state-approved applicant to relocate to break apart a cluster. Westom said part of the state’s reviews of applications is contingent on the location of their application. Each application is evaluated on a 250-point criteria system. This includes 20 points for if the location “would be convenient to serve the needs of persons who are authorized to engage in the medical use of marijuana,” 20 points for the “likely impact” a dispensary location would have on the surrounding community, and 20 points connected to the building and construction plans to show the adequacy of the location to support the dispensary.

Applicants trying to move to another location, whether on the same block or across town, could change their score and ranking, Westom said.

However, with so many applications concentrated in the north part of the city, medical marijuana patients in the southwest by Anthem might have to hope against the odds that one of the three applications in their area makes the cut. But those odds are better than the one application in the eastern part of the city represented by Councilwoman Gerri Schroder.

Schroder, through a city spokesman, declined comment for this story stating “she knows there is sensitivity to locating dispensaries accessibly, but doesn’t want to speculate on locations right now” and “will wait for the state to come back with their rankings and then we can address locations at that time if there is a need.”

Henderson officials tried to be proactive preventing clustering, but made the moves late. The council removed an early requirement for a 300-foot separation to residential at its July 1 meeting, opening up the potential for dispensaries to operate in commercial neighborhood centers, such as strip malls. The council also reduced from 1,000 feet to 300 feet the separation to community facilities, such as child daycare, recreation centers for children, and religious facilities, in an attempt to open up more of the city for locations.

John Laub, president of the nonprofit advocacy group Las Vegas Medical Marijuana Association, said clustering is an issue Henderson is going to have to deal with if it is sincere about having dispensaries in close proximity to all its citizens.

“That’s an issue the city of Henderson is going to have to deal with in November when those application come up for approval,” Laub said.

Marz said if the city wants to reject one or two applications because of clustering, it will be interesting to see how the state will react.

“I don’t know if we decide that one or two of those, because of the clustering, are not appropriate, I don’t know what the state’s going to do about giving us options,” Marz said.

Some of the initial problem is beyond the city’s control. Attorney James Dean Leavitt, who represents applicant Greenway Health Community, said finding landowners or landlords willing to do business with medical marijuana can be a challenge.

“Some landlords were just unwilling to rent based upon the legalities involved,” said Leavitt, whose client’s application is near Gibson and Mary Crest roads. “For those who have mortgages, there is still a fear by some of them the feds might come.”

While medical marijuana is legal at the state level, it is not at the federal level where banks are regulated. Under the Obama administration, medical marijuana has been viewed as a state issue but there is some concern in the industry that policy could change after the president’s second term is up in 2016.

Leavitt said another challenge was Henderson did not introduce its ordinance until June, a month before the city started accepting applications, limiting the time to find willing property owners to lease and not knowing where the other applicants are signing agreements.

“There was no way to know what someone else might be doing,” Leavitt said.

Henderson has been sending preliminary suitability letters to the applicants, who then include those in their applications to the state.

The state began accepting applications Aug. 5, with the deadline on Aug 18.

Westom said the state expects 500 applications, but only received 17 through Friday.

The state will have until Nov. 2 to review them, then rank the best qualified applicants to operate dispensaries in Henderson.

The top applications will go before the City Council to get approval for business licenses and conditional use permits.

Henderson is expected to receive state approval for five dispensaries, but is not limited on the number of cultivation and manufacturing facilities.