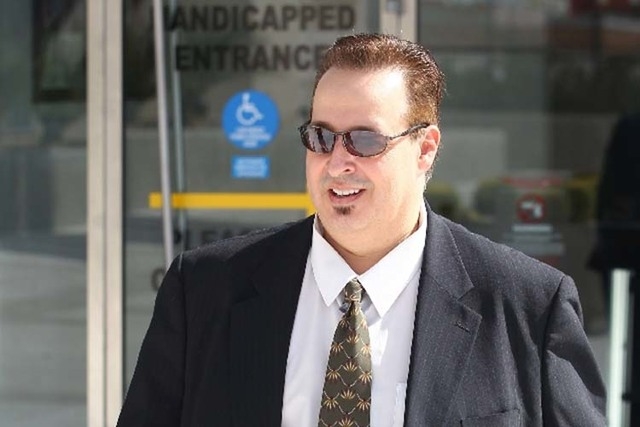 Federal prosecutors and defense lawyers are at odds over how long to continue the high-profile trial of 11 defendants charged in an elaborate scheme to take over Las Vegas Valley homeowners associations.

The fraud trial of former construction company boss Leon Benzer, the accused mastermind of the scheme, and his co-defendants was to take place before U.S. District Judge James Mahan in March, but defense lawyers have been overwhelmed by the massive amount of evidence in the case and have pleaded for more time to prepare.

The investigation into the HOA takeovers became public in September 2008, when FBI agents and Las Vegas police conducted raids across the valley. Since then, 30 co-conspirators have pleaded guilty and most are cooperating against Benzer and company.

In court papers filed late Tuesday, Justice Department attorneys said they wanted a new trial date no later than Sept. 2, explaining they have gone out of their way to ease the burden on the defense as they have turned over mountains of evidence in the past year.

“The United States has made herculean efforts to provide to all defendants in this case in a timely, comprehensive and comprehensible manner,” prosecutors wrote.

But defense lawyers countered in their own papers that they needed at least a year and likely more time to pore over more than 3 million pages of documents and prepare a defense strategy for trial. They asked for an initial late January 2015 trial date.

“This is a conspiracy case and the defense needs to understand the alleged role and the evidence as to each of the other alleged co-conspirators to effectively defend against the conspiracy charges,” the defense attorneys wrote.

“The government drafted the indictment, and they now must abide with the consequences of a multi-year investigation, which resulted in 30 plea agreements and 11 defendants awaiting trial, including the additional time necessary to properly review the voluminous evidence.”

The defense asked Mahan to hold a hearing before he sets a new trial date.

Prosecutors cited other reasons to bring Benzer and his co-defendants to trial as soon as possible.

Delaying the trial longer than six months would deny justice to the victims of the takeover scheme, the lending institutions, and the HOAs and their homeowners, prosecutors explained. Roughly $25 million in restitution is being sought.

A longer delay also would have an impact on 27 defendants who are cooperating and waiting to be sentenced in the case, prosecutors wrote.

The government can’t recommend lighter sentences for those defendants until after the trial when they see the extent of their cooperation. Many of the defendants pleaded guilty more than two years ago.

The long-running investigation — which led to charges against lawyers, former police officers and corrupt HOA board members — revealed that the conspirators were packing HOA boards to gain legal and construction defect contracts for themselves.

Benzer and his co-defendants were indicted in January 2013 on charges of defrauding lending institutions and 11 homeowners associations out of millions of dollars between 2003 and 2009.

Quon committed suicide March 2012 and was not charged in the case.