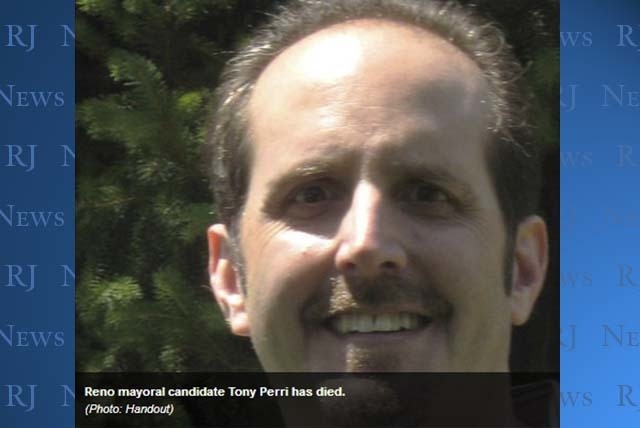 Tony Perri, a candidate for mayor in Reno, was found dead this week, but he will remain on the June 10 ballot. (Courtesy, Reno Gazette-Journal)

RENO — The name of a Reno mayoral candidate who was found dead this week in his apartment will remain on the June 10 ballot.

Washoe County Registrar Luanne Cutler told the Reno Gazette-Journal that Tony Perri’s name will appear with 18 other candidates on the ballot.

Cutler said that under state law, a name is removed if a candidate dies before 5 p.m. on the second Tuesday in April before the primary election.

Notices will be posted at polling locations informing voters of Perri’s death. In the unlikely event he wins the primary, the name of the next highest vote-getter will take his place on the general election ballot.

Perri was found dead in his apartment on Monday. He was 48 years old.