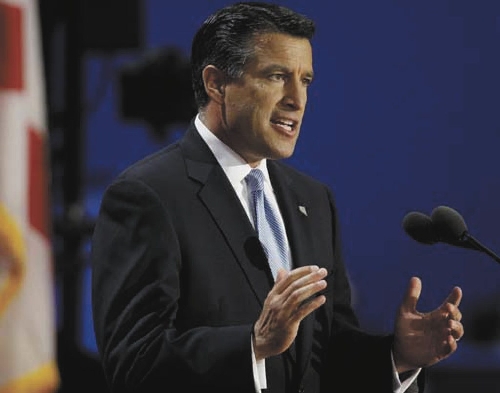 CARSON CITY – Gov. Brian Sandoval said Tuesday that he will support expanding Medicaid eligibility in Nevada as called for under the federal health care law to provide coverage for the state’s neediest residents.

In an exclusive interview , Sandoval said expanding coverage will add 78,000 residents to the state’s Medicaid rolls but will save the state $16 million in mental health programs that otherwise would be paid for out of the state general fund.

The first-term Republican governor said that while he opposed the health care law, his decision will help tens of thousands of people. About 22 percent of Nevadans, or 604,000 people, are uninsured.

Sandoval added that his budget to be released to lawmakers in January will propose reducing taxes paid by small businesses to help them afford insurance coverage for their employees. He also will ask the Legislature to support a "cost-sharing" copayment for recipients who receive Medicaid services.

"I don’t think it’s any secret I’ve never been an advocate for the Affordable Care Act," Sandoval said.

But after weighing the options, he said it was in the state’s best interest to expand coverage for the poor.

"This is wonderful for the people of Nevada and for the thousands of Nevadans who now will have health care. I commend Gov. Sandoval for taking this bipartisan step," Reid stated. "This is a win-win, it will save the state money, is good for the economy, good for employers and most importantly will help people."

The U.S. Supreme Court in June upheld the federal law, which was challenged by 26 states. Though the court upheld the mandate that people could be required to buy health insurance or pay a tax, it also said states cannot lose existing Medicaid funding if they don’t increase their Medicaid coverage levels for adults.

"All in all, it makes the best sense for the state to opt in," he said. "This is a way for me to protect these people."

Sandoval decided to commit to covering people at up to 138 percent of the federal poverty level starting in 2014.

About 313,000 Nevadans are enrolled in Medicaid, and normal caseload growth is expected to bring that number to 344,000, according to state Health and Human Services Director Mike Willden, who was with the governor and other administration officials during the interview.

An additional 68,000 recipients are anticipated as people currently eligible but not receiving Medicaid sign up because of the federal law’s mandate that everyone obtain health insurance. Covering those people will cost Nevada an estimated $84 million in the upcoming budget cycle.

Nevada funds Medicaid at 87 percent of the federal poverty rate. For a family of three, that amounts to an annual income of $16,608. Expansion under the federal law would raise that threshold to $31,890 and extend coverage to single childless adults – a population sector not previously covered in Nevada – with incomes up to $15,415.

The federal government will cover 100 percent of the medical costs for the first three years, though states are supposed to share in administrative expenses. Sandoval said he is in discussions with the federal officials over those shared costs.

But he said he will monitor developments in Congress and the "fiscal cliff" talks, suggesting he will reserve the right to change his mind. And he said he will be watching what state lawmakers do when they convene in February.

Sandoval scoffed at being compared to other Republican governors who have opposed expanding Medicaid or setting up health insurance exchanges, something he agreed to two years ago.