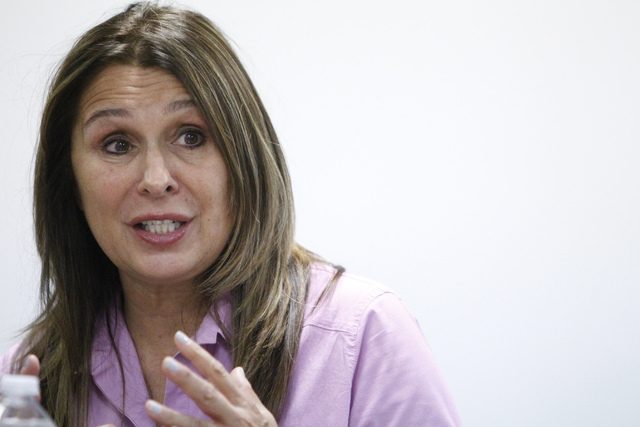 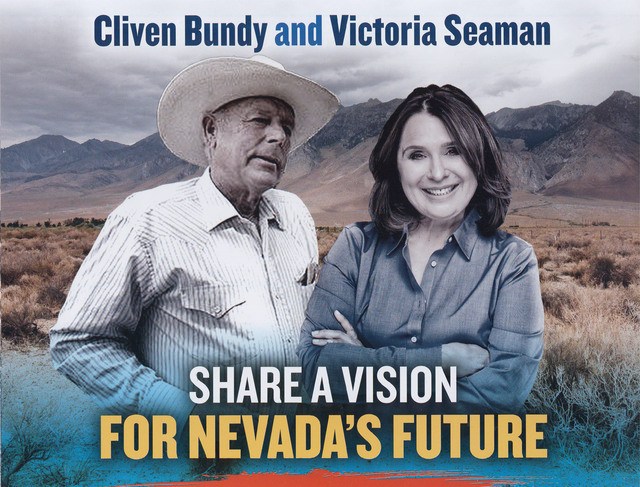 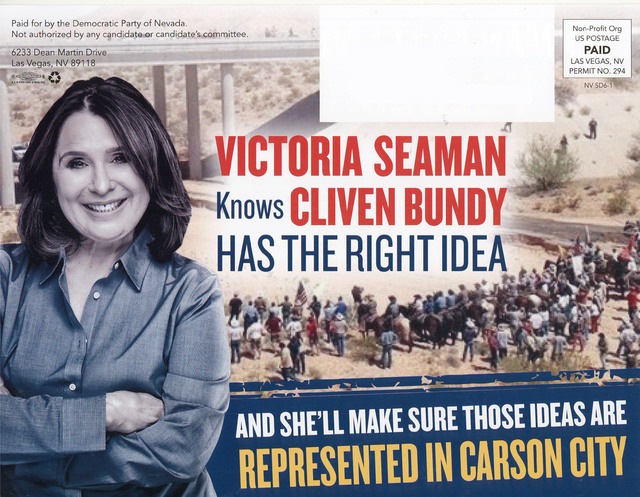 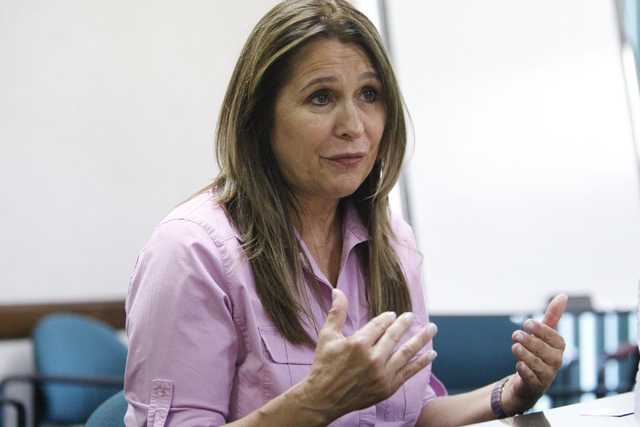 CARSON CITY — In a hotly contested race that could determine control of the Nevada Senate, the state Democratic Party is painting GOP Assemblywoman Victoria Seaman as a supporter of Bunkerville rancher Cliven Bundy, now jailed awaiting trial on federal charges for a 2014 armed standoff with law enforcement.

“I am accused of being a supporter and I had nothing to do with Cliven Bundy,” Seaman said.

She called the flier deceptive. At quick glance it appears to come from the candidate herself. The fine print shows it was paid for by the Democratic Party of Nevada.

The mailer features images of Seaman and Bundy side-by-side and the message, “Cliven Bundy and Victoria Seaman for Nevada’s Future.”

“When local rancher Cliven Bundy and his supporters staged an armed standoff in Nevada with federal and state law enforcement, Victoria Seaman worked to push his agenda,” the mailer reads. “Seaman supported Bundy and other militia members in their fight to protect our liberty against the United States government.”

Seaman is in a tight race with Democratic candidate Nicole Cannizzaro, a deputy in the Clark County district attorney’s office, for the open seat in Senate District 6.

“Victoria Seaman is in panic mode right now, because she’s lying about some simple facts,” state Democratic Party spokesman Stewart Boss wrote in an email. “She participated in a rally supporting Cliven Bundy in Carson City, sponsored Bundy’s unconstitutional public lands bill with other far-right-wingers, and has openly embraced dangerous extremists like the Oath Keepers.

Seaman, elected in the 2014 GOP red wave when her Democratic opponent was found ineligible by a judge, was a sponsor of Assembly Bill 408, a measure to wrest control of public lands in Nevada from the federal government. The bill was deemed unconstitutional by legislative lawyers and gutted before dying in the lower house.

The federal government controls more than 80 percent of Nevada lands, and the issue of ownership has long been a sore point for Republicans. The 2015 Legislature passed a resolution on party lines asking Congress to convey millions of acres of federal land to state control. Gov. Brian Sandoval favors the transfer, and the issue was part of the Republican platform adopted in July by the GOP at its national convention in Cleveland.

AB408 was branded the “Bundy Bill,” and Bundy and his supporters held a rally outside the Legislature before testifying in support of the public lands bill during a committee hearing. Seaman attended the rally, as did other lawmakers.

Armed militia members staged a standoff with law enforcement, shutting down Interstate 15, when federal agents attempted to confiscate Bundy’s cattle in 2014 for failing to pay grazing fees that over the years added up to more than $1 million.

The government backed down over public safety concerns and cattle were turned loose.

“The BLM’s overreach and unnecessary use of force on Cliven Bundy’s ranch this past week is just another reason our state needs to gain more control over 85% of Nevada’s land that is owned by the Federal Government,” Seaman wrote on her Facebook page at the time. “Nevadans should be part of the decision making process on how best to manage our land.”

She wasn’t the only one who expressed criticism of the BLM. After then-Senate Majority Leader Harry Reid, D-Nev., called Bundy supporters “domestic terrorists,” his Nevada colleague, Republican Sen. Dean Heller, referred to them as “patriots.”

Heller then distanced himself from Bundy, telling Politico: “I am very quick in calling American citizens ‘patriots.’ Maybe in this case, too quick.”

Heller said he wanted to clarify he never called Bundy a patriot and believed the rancher should have paid his grazing fees.

In a counterpunch to the Democratic Party mailer in Seaman’s Senate race, the Republican-backed Nevada Jobs Coalition — a PAC supported in part by Sandoval’s New Nevada political action committee — touts Seaman as a candidate “who tells the truth.”

“The Truth: Seaman opposes racism and has never supported Cliven Bundy,” the flier states. It declares that she “Condemns Cliven Bundy.”

That same mailer says Seaman voted for Sandoval’s education budget. Seaman, however, was one of 10 conservative lawmakers in the Assembly who voted against Sandoval’s tax package to fund his sweeping education reforms.

The governor, who backed Seaman’s GOP primary opponent, has not endorsed her Senate bid.