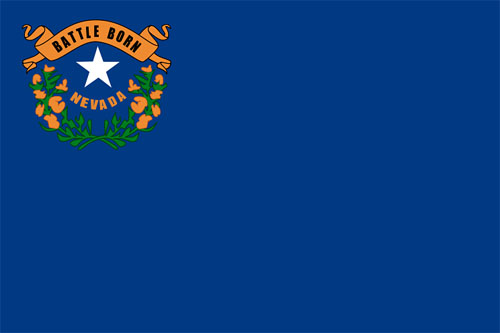 After a one-year hiatus, Nevada has regained the title of fastest-growing state in the nation, according to new Census Bureau state population estimates released today.

Nevada returned to the top spot with a 2.9 percent growth rate that pushed the population to more than 2.56 million in the year ending July 1.

Nevada held that title for 19 years in a row before being bumped off by Arizona last year. Arizona is the second-fastest-growing state according to the current estimate, with a population increase of 2.8 percent to 6.3 million.

University of Nevada, Las Vegas economist Keith Schwer expects the Silver State to stay at or near the top of the list for years to come, thanks in large part to a flurry of new resorts and expansions scheduled to open on the Strip starting in 2009.

“That should be a big boost for jobs, and with jobs come population,” said Schwer, who leads UNLV’s Center for Business and Economic Research.

Much of the state’s growth is driven by Clark County, which is home to more than 70 percent of Nevada residents. Schwer and other demographic experts think the county’s population surged past the 2 million mark sometime in the past few months.

Schwer said the growth rate shows the confidence people have in Nevada’s economy, but it does not necessarily translate to a higher quality of life for residents here.

“Just getting bigger is kind of like sitting around the table after Christmas dinner. You’re getting bigger, but you might not feel well,” he said. “Getting bigger doesn’t mean you’re better off.”

Besides Nevada and Arizona, other Western states that made the top 10 list for fastest growth were Utah and Idaho, ranked third and fourth. In the Southeast, Georgia was fifth nationally, North Carolina was sixth, and South Carolina was 10th.

Texas, meanwhile, had the seventh-fastest growth by percentage and was tops numerically, having drawn about 500,000 new residents.

California remains the nation’s most populous state with about 37 million people. It attracted about 300,000 new residents, second to Texas numerically, but 25th fastest by rate of growth, the same ranking as last year.

Elsewhere, Louisiana appears to be rebounding from the devastation of Hurricane Katrina, gaining 50,000 residents in the year ending July 1.

After the storm hit in August 2005, the Census Bureau estimated the state lost 250,000 residents. Despite the most recent gain, the state is far from returning to its pre-Katrina population level of 4.5 million.

The bureau’s estimate is reached by measuring births, deaths and migration into and out of each of the 50 states, the District of Columbia and Puerto Rico.

In Louisiana, the Census Bureau estimated a net increase of people moving into the state of 29,000, accounting for more than half of the jump. “That’s a pretty big number,” said Greg Harper, a demographer with the bureau.

Florida, a state whose economy has been fueled largely by a steady stream of retirees crossing the border each year, gained in population but at a slower rate than usual. Florida was the 19th-fastest-growing state through July 2007 compared with the previous year when it ranked ninth.

Florida’s population increased by 1.1 percent to 18.3 million as of July. The previous year the rate of increase was 1.8 percent.

“If there’s one state that’s a little surprising, I would say it’s Florida,” Harper said.

The bureau will release county population breakdowns in the spring, which should give a clearer indication of how many residents have returned to the parishes in and around New Orleans.

Earlier this week, urban planning consultancy firm GCR & Associates estimated New Orleans’ population at 300,000, about 65 percent of its pre-Hurricane Katrina size, which was around 455,000.

GCR chief executive and New Orleans native Greg Rigamer said people have been coming back to the city at a rate of 3,000 to 4,000 per month, which includes in-state migration. Things are looking up, but the city still suffers from failing infrastructure, poor health care and educational services and a “horrific” criminal justice problem.

“Things are not all well in New Orleans,” he said. “They are clearly getting better. It’s no time to be popping the champagne corks.”

The Constitution requires the Census Bureau to count the population every 10 years. The results are used to allocate seats in the U.S. House of Representatives and electoral votes.

Whether Nevada’s growth will be enough to bring it a fourth congressional seat after the 2010 Census remains to be seen, said Eric Herzik, political science professor for the University of Nevada, Reno.

Herzik said it looks like Nevada, Arizona and Utah all might be eligible for additional House seats, but those will have to come at the expense of “somewhere back East like Michigan and Pennsylvania.”

To wrestle a seat away from one of those states, Nevada will have to be “not close but clearly eligible,” Herzik said.

Nevada gained its third seat, now occupied by Rep. Jon Porter, as a result of the 1990 census.

“Last time we were eligible and then some. We had room to spare,” Herzik said. “I think it’s going to be that way again.”

The Associated Press contributed to this report. Contact reporter Henry Brean at hbrean@reviewjournal.com or (702) 383-0350.