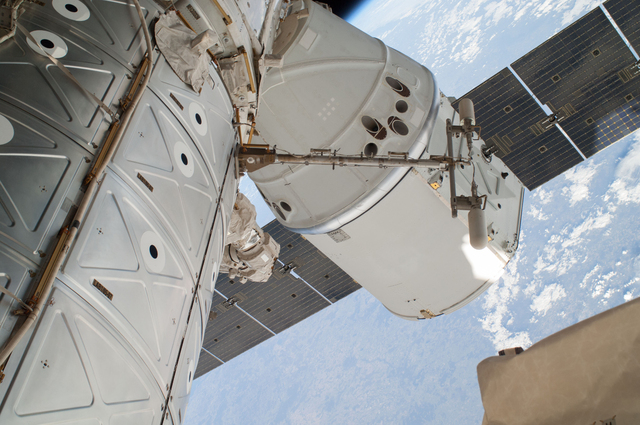 CAPE CANAVERAL, Fla. — The SpaceX Dragon is back on Earth.

The commercial cargo ship splashed into the Pacific on Sunday, just five hours after leaving the International Space Station. It brought back 3,500 pounds of science samples and old equipment for NASA.

SpaceX said the Dragon capsule came down off Mexico’s Baja California coast. The company is based in Southern California.

The Dragon spent a month at the orbiting lab, delivering a full shipment on Easter Sunday. Astronaut Steven Swanson, the station commander, used the big robot arm to set the Dragon free.

It’s the only supply ship capable of returning items to Earth. The others burn up on re-entry.

NASA is paying SpaceX and Virginia-based Orbital Sciences Corp. to make station deliveries. SpaceX also is competing for the right to ferry station astronauts, perhaps as early as 2017.

This was the fourth Dragon capsule to bring back station goods. The Dragon rocketed to the space station on April 18 with a full load and arrived at the orbiting lab two days later, on Easter.