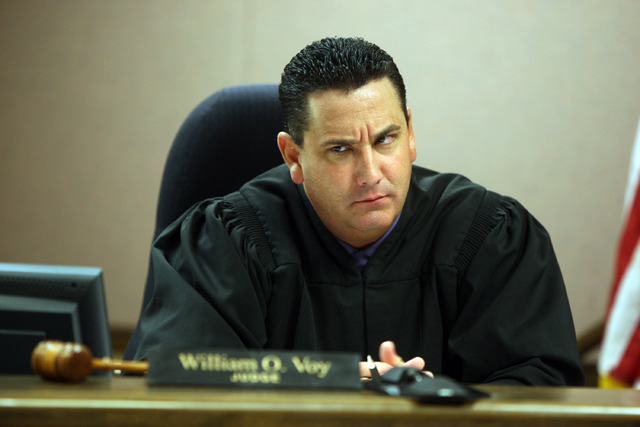 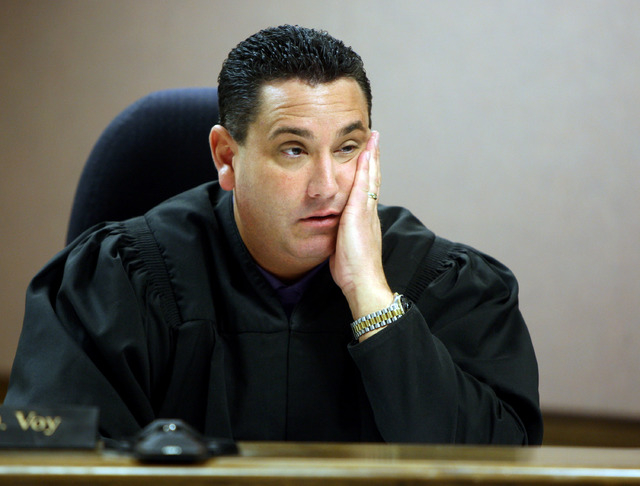 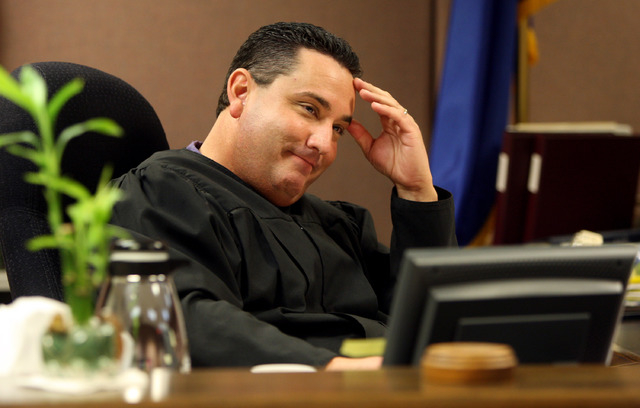 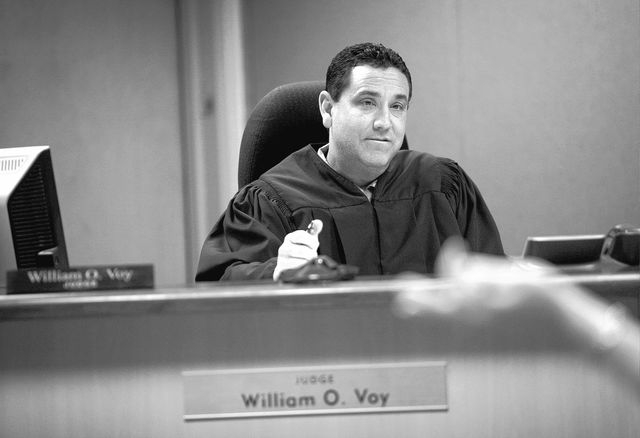 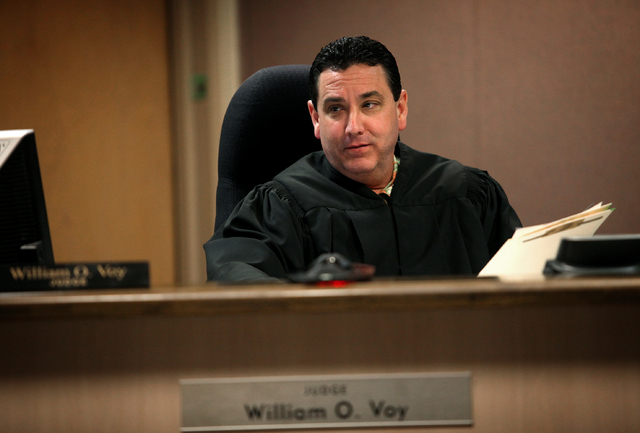 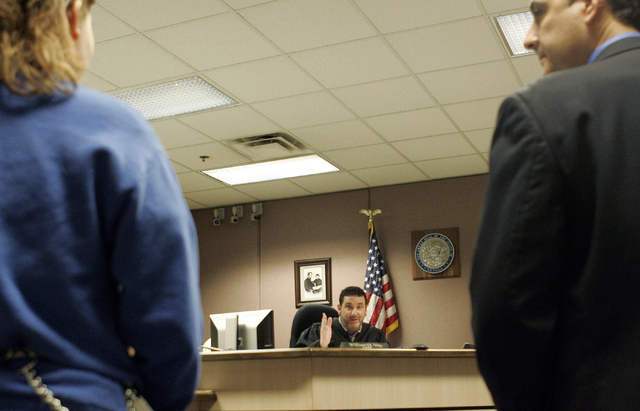 Full implementation of a 6-year-old Nevada law may soon cause a dramatic increase in the number of registered sex offenders — raising questions about whether the intended punishment fits the crime.

One state lawmaker suggested dumping part of the “terrible, overly harsh law” as it applies to juvenile offenders.

Congress approved the Adam Walsh Act in 2006 as a guideline for state laws on sex crimes. The statute was intended to toughen punishment for sex offenders, including making their photos, names and addresses available to the general public.

Nevada legislators adopted most provisions of the federal law in 2007, reacting in part to concern the state could lose federal grants for law enforcement.

Now, thanks to a Nevada Supreme Court decision in October, the state will likely expand the sex offender roll from the current 3,000 names by requiring anyone convicted of a felony sex crime or crimes involving children since 1956 to register.

No one knows how many more offenders will be added to the list, but the expansion has raised concerns that people who were convicted long ago but who have never re-offended will be publicly humiliated, lumped in with serial rapists.

Of particular concern are people whose youthful indiscretions will suddenly become a scarlet letter haunting their adult lives.

Experts in and out of Nevada say the law here, and in the 16 other states that adopted similar versions of the Walsh Act, unfairly labels children who messed up as sexual deviants.

For decades Nevada’s approach to dealing with juvenile sex offenders was to treat them more like patients than prisoners, an approach backed by research that shows many children and teens who sexually abuse someone can be treated, and are unlikely to re-offend.

Keeping with that approach, most sex offenders younger than 21 were not required to register as a sex offender. Judges were allowed to determine, after sentencing and monitoring, whether a juvenile offender posed any public danger. A judge could order the offender to register on reaching adulthood.

Clark County Family Court Judge Bill Voy said few juvenile offenders who have appeared before him over the years needed to register.

But the Walsh Act leaves no room for judicial discretion. Sex offenders who are 14 or older at the time of the offense must register under blanket classifications for the crime committed, with no regard for changes in behavior.

Clark County already is seeing effects of the Supreme Court decision. Since October, Voy has ordered four now-adults to register for offenses they committed as juveniles, and for offenses he had previously determined they would not repeat.

Voy said he has to follow the law, even though it doesn’t seem right.

“Now they’re in college; they’re married,” Voy said. “Now they have to register as a sex offender.”

Most who study and work with young sex offenders see them differently than adults who have preyed on children or committed violent sexual assaults. Most agree the adults should be punished, and that it’s appropriate for the public to know their whereabouts.

But studies show children usually commit an act against someone they know and seldom are repeat offenders, particularly if they get help.

Reasons why children and teens sexually assault vary: Often they have been victims themselves. Many are going through puberty, a confusing time for just about anyone, and act out what they have seen in pornography. Very few cases include predatory juveniles.

Human Rights Watch, a Philadelphia-based advocacy group, reported in May that national recidivism rates for juvenile sex offenders range between 4 percent and 10 percent. In some categories it is as low as 1 percent.

By comparison, the recidivism rate for all crimes regardless of age is about 40 percent.

The report examined more than 500 cases in Nevada and 19 other states.

“Many of the children didn’t really understand what they were doing was a sexual offense; they didn’t understand boundaries,” report author and analyst Nicole Pittman said by phone Friday.

Good public policies should protect the community but also be equitable.

Under the new law, the court system will continue to offer rehabilitation services for juvenile sex offenders, but experts say registries can create pre­carious situations for registrants and their families, as well as spread unnecessary fear among the public.

The Human Rights Watch report cites the case of an adult man who was required to register as a sex offender for touching a 12-year-old girl’s chest when he also was 12. The registry in his unidentified state didn’t include a conviction date, and many people assumed his offense was recent, and that he was a child predator. A neighbor once beat the man’s brother because they looked alike.

Registering also creates a stigma that can cause registrants to become a danger to themselves, said Susan Roske, with the juvenile division of the Clark County public defender’s office, which sought to have the juvenile portion of the Walsh Act in Nevada overturned.

“I imagine we will be seeing some suicides,” Roske said.

She is on a committee of lawmakers, advocates and experts that advise the Nevada Legislature about sex offender registration issues. She wants the panel to recommend a bill to eliminate juvenile registration during the 2015 legislative session.

Even the state Supreme Court, in its 4-3 ruling against a lawsuit brought by Roske, said Nevada’s law is constitutional but questioned whether it was best for juveniles.

“It does not appear from the legislative history that the Nevada Legislature ever considered the impact of this bill on juveniles or public safety,” the court majority wrote. “The body’s motivation for passing the bill appears to be compliance with the Walsh Act and avoidance of the reduction in grant monies that would come with noncompliance.”

That got the attention of state Sen. Tick Segerblom, chairman of the committee Roske is on. Segerblom was in the Assembly when both chambers un­animously passed the Walsh Act provisions in 2007. Because state budget cycles last two years, he said, loss of funding forced a too-quick decision.

The state hasn’t lost any federal money because it delayed fully implementing the act for six years, he said.

“It really is a terrible, overly harsh law,” said Segerblom, D-Las Vegas. “We just have to, as legislators, focus on the bigger picture and what’s best for everybody.”

During a meeting Friday, Segerblom and other committee members discussed asking lawmakers to change state law back to the way it was, letting judges decide if a juvenile should register. But with a year until the next legislative session, Segerblom asked committee chairman Keith Munro what could be done to put off implementation of the Walsh Act.

“That’s not really a question I can address,” Munro, who is Nevada’s assistant attorney general, said via a satellite feed in Reno.

In the meantime, it’s unclear when this round of new names might show up on the searchable public website.

Voy is working with John Paglini, a Las Vegas psychologist who often testifies in sex crime cases, on a study aimed at showing how Clark County’s juvenile sex offenders respond to court-ordered treatment. Those numbers haven’t been tracked before now. They will review 1,000 cases dating to 1979 and evaluate what worked, and how often juveniles re-offended.

“It’s a very bold project,” Paglini said. “If we can understand these dynamics and reduce the recidivism rate toward the community, then I think in the end this works out beautifully.”

The results of the study should be complete by the time lawmakers meet in 2015.

In addition to overlooking the impact on juvenile offenders, the Legislature didn’t seem to consider the added cost of getting more offenders registered and compliant with the law.

“They’ve never formally tried to figure out the actual cost,” said Maggie McLetchie, a lawyer who worked for the American Civil Liberties Union when it sued the state over the Walsh Act.

McLetchie’s calculations showed implementation would cost millions. By comparison, losing the federal grant would have been less than $200,000.

The responsibility for getting offenders registered falls to multiple agencies, including local law enforcement and the state Division of Parole and Probation.

Sgt. Brian Zana, of Parole and Probation, said juvenile offenders may not add as much work as some think. Many already register with law enforcement because schools, churches or other organizations where there are other children must know about young offenders nearby. But that registration is not made public on the state website.

Another provision of the Walsh Act taking effect in Nevada bars sex offenders from knowingly being within 1,000 feet of a place designed primarily for children.

That portion of the law won’t be retroactively applied to the new class of offenders who already live near sites such as schools, but it will come into play if the offender moves.

Depending on the crime, offenders must check in with police or probation officers more often and must register for 15 years, 25 years or for life.

In trying to strike a balance between public safety and fairness, Nevadans aren’t alone in questioning some aspects of the Walsh Act.

There’s no national consensus on how state lawmakers should deal with juvenile registration, said Katie Gotch, spokeswoman for the Association for the Treatment of Sexual Abusers. But most agree the Walsh Act goes too far, she said.

“A lot of times laws are based on fear and are a knee-jerk reaction to a high-profile case,” Gotch said.