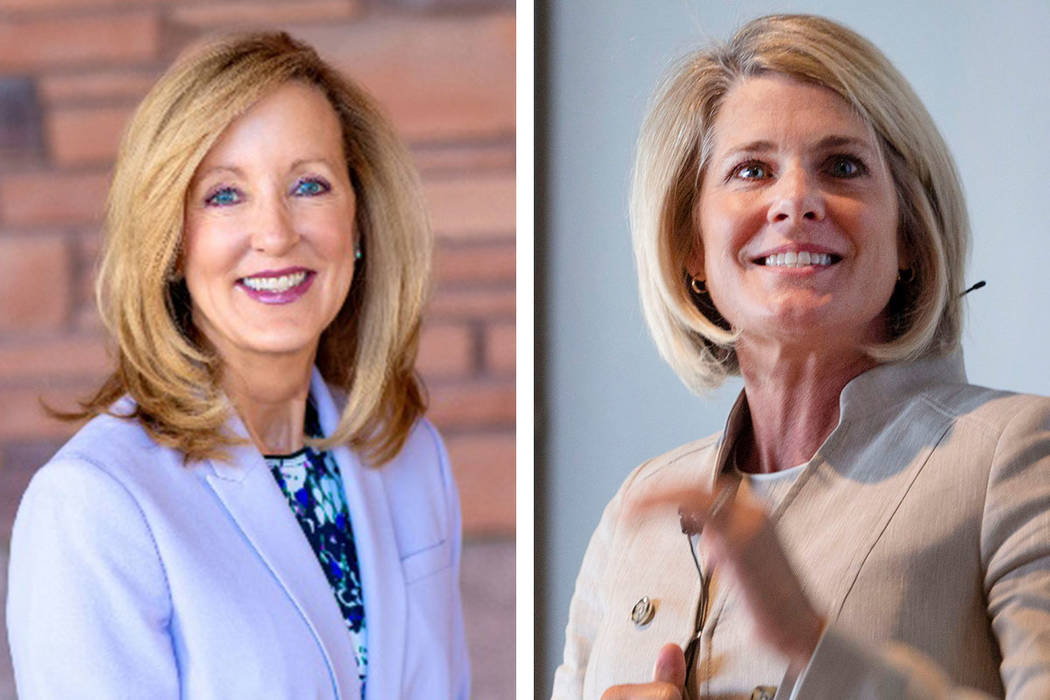 Tina Quigley is moving on from her role as CEO of the Regional Transportation Commission of Southern Nevada with her successor already in place.

MJ Maynard, who’s served as the agency’s deputy CEO, was pegged as the new CEO during the transportation commission’s board meeting in Las Vegas Thursday, which also was Quigley’s final day with the RTC.

“I’m honored to be appointed as the new CEO of RTC,” Maynard said in a statement. “My experience at RTC has been a privilege. I am thrilled for this opportunity to work with the dedicated and talented team at RTC as we continue to improve mobility for both residents and visitors alike.”

A UNLV graduate, Maynard joined the RTC in 2007 after a 25-year career in the Las Vegas hospitality industry.

Maynard, who also serves on the American Public Transportation Association board of directors, said a priority in her new role will be to provide a sustainable, efficient and accessible transportation system that meets the diverse mobility needs of the growing Southern Nevada region. She will also continue to develop innovative strategies and partnerships to enhance services and reduce costs for the transportation agency.

“The services the RTC provides are critical. We connect people to their friends and family, jobs, schools, health care, and recreation — basically everything in Southern Nevada,” Maynard said in a statement. “That is why I am humbled and excited to lead the RTC, especially during this era of evolution for transportation and growth for our community.”

Quigley, 52, joined the RTC after 15 years at McCarran International Airport. She spent seven years as general deputy manager of the RTC before being named general manager of the agency in 2012. Her title was changed to CEO earlier this year.

Of her over 14 years with the RTC, Quigley is most proud of the work by her team involving groundbreaking transportation projects, including a partnership with Waycare, which uses artificial intelligence to predict where accidents will occur, and the Keolis autonomous shuttle pilot program in downtown Las Vegas.

“This agency has been able to go from an under the radar, lower profile transportation agency to becoming a leading edge mobility mecca,” Quigley said.

Quigley credited having a responsive and willing transportation board, a risk tolerant community and a great team with her at RTC.

Moving on to her new role with Virgin Trains as vice president of business strategy, Quigley will play a big role in getting the long-talked about Las Vegas to Southern California high-speed train project moving.

Design work for the rail plan are nearly 30 percent complete and a construction crew has been hired for the project, with Virgin Trains last month announcing plans to build a proposed Las Vegas train station on Las Vegas Boulevard between Blue Diamond and Warm Springs roads.

Virgin is seeking $800 million in tax exempt, private activity bonds to issue $2.4 billion in debt, or half the amount the company needs to finance the trains and the 185 miles of dual tracks along I-15. That amount includes $600 million from California and $200 million from Nevada.

Quigley will be tasked with how to move train passengers from the stations in southern California and Las Vegas to their final destination.

“My role will be to take what I learned here with advanced mobility and connectivity and parlay that into the stations here in Vegas and in Victorville,” she said. “Once the passengers arrive, how do we get them to their final destination, while minimizing congestion and the number of additional vehicles that we’ve got to our already congested resort corridor.”

Quigley said that could include a mix of partnering with the RTC, micromobilty companies, exploring emerging technologies like autonomous shuttles and more.

As she exits as CEO, Quigley gives Maynard her seal of approval and is confident she’ll keep the momentum at the RTC going.

“She will continue the tone that has been set here because she actually helped create it,” Quigley said. “She’s been integral in creating the culture and curating the people that got us to this point.”