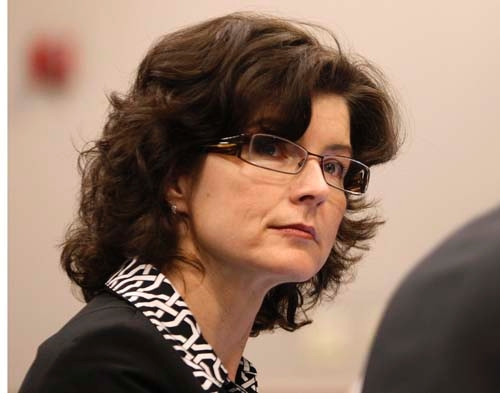 Gov. Brian Sandoval’s Chief of Staff Heidi Gansert on Thursday announced she is resigning, saying the time is right as the governor’s office starts preparing its agenda for the next legislative session in 2013.

Gansert, a former Nevada Assemblywoman and Republican minority leader, is a childhood friend of Sandoval’s who led his transition team after he won election in 2010 and then became his first chief of staff.

“After weeks of discussion with my family and subsequently with Governor Sandoval, I have decided this is the right time for me to step down as Governor Sandoval’s chief of staff,” Gansert said in a statement. “As most everyone who is involved in state government knows, the chief of staff position requires an extraordinary commitment, and I have given it my all since helping lead the transition and from our first day in office.”

Gansert is married and has four children. She lives in Reno, a 30-minute commute to Carson City. She served in the Nevada Assembly from 2004 until 2010.

She said preparation has started on Sandoval’s biennial budget and legislative agenda for next year, “so now is the right time for a new chief to step in and guide the planning process for the 2013 Nevada Legislature.”

Sandoval praised Gansert, saying she had “laid the foundation for our team’s continued success.”

“Heidi’s expertise with the state budget and policy matters was tremendously helpful during the legislative session, and she has been a steady hand with my Cabinet and the operations of state government,” Sandoval said in a statement. “I am grateful she agreed to serve during these important first two years.”

A new chief of staff will be named “in the near future,” the governor’s office said.

Gansert’s departure comes a month after Sandoval’s senior adviser, Dale Erquiaga, resigned in July. He said he planned to move to Arizona to be near his children.