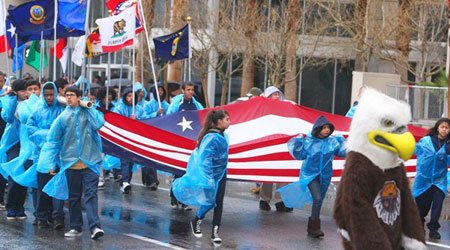 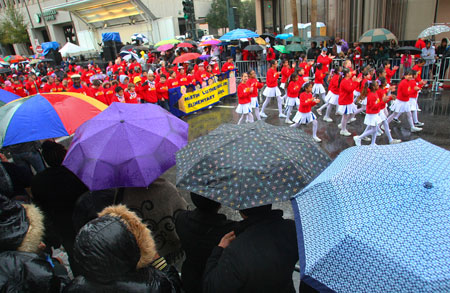 Even on a rainy day, everybody loves a parade.

But not everybody will brave the elements to watch.

Blame it on the sporadic sprinkles, dark skies and chilly temperatures.

The weather didn’t dampen the spirits of most parade watchers.

“This is wonderful,” said Roseann Beach, a 60-year-old visitor from Michigan who arrived early to make sure she got a good seat from which to see her granddaughter march in the parade.

The weather was nothing to Beach.