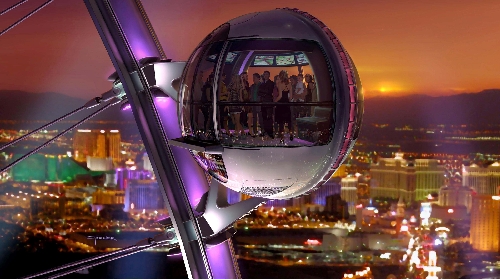 With record unemployment still plaguing the nation and certain metropolitan areas, the eyes of many displaced workers are on the sectors adding new employees. These job categories are hard to find sometimes, but there are some out there both locally and nationally that should show some growth at least for the short term.

In mid-2012, the economic research giant Moody’s published a report projecting employment growth by industries in states and nationally. Its projections were for the current fiscal year spanning from the summer of 2012 to the summer of 2013.

The report has some hits and misses so far. But above all, it also emphasizes job growth patience, something that has been echoed locally as well. Technology, health care and hospitality and leisure jobs will likely rule the day locally and beyond in the coming year or two.

Education and health services have seen solid growth nationally and locally for some time. Moody’s estimates Nevada’s growth in this area to be about 2.7 percent for the current fiscal year, on par with the national prediction.

Locally, the category employs about 76,000 people, according to Stephen Brown, director of the Center for Business and Economic Research at the University of Nevada, Las Vegas. That figure is up from around 60,000 in prerecession mid-2006. Brown said the sector has been growing at a 5 to 6 percent clip annually throughout the recession.

But within health care, there are some hit and miss job prospects. Nurses are waiting longer to retire making it a longer wait for some graduates to enter the field. Dental hygienists, a field that often touted shortages in years past, are taking sometimes up to six to nine months to find work, according to College of Southern Nevada officials. The school’s program, which is only one of two in the state, also cut its annual recruitment numbers from 30 to 20 in the past few years due to slackening demand.

Touro’s occupational therapy program, the only one of its kind in the state, admits 34 in the program annually and can see several hundred applicants as well. In Nevada, occupational therapists can command a $95,000 mean salary, much higher than the national mean of $75,000, according to Harter.

The school’s doctor of osteopathy program sees more than 2,000 applicants for its 135 openings each year. In Nevada, osteopathic doctors’ mean salary is nearly $30,000 higher than the $177,000 national average.

While job seekers will need to do their research in the health care sector if they are looking for stability and higher salaries, it’s no secret that overall, with coming health care reforms adding previously uninsured patients into the system, growth is expected to continue locally and nationally, said Brown.

“It’s a sector that has always continued to grow even during weaker parts of the economy. It will probably continue to grow as we see a shift to an older population and to some extent more medical tourism,” he added.

Leisure and hospitality, Southern Nevada’s primary economic driver, saw a projected 3.6 percent growth rate from Moody’s. But Brown is less optimistic. He characterizes the sector’s job growth as “mediocre” in recent months and said to expect increases more in the neighborhood of 2 percent instead.

“Leisure and hospitality did really well in 2010 and 2011, but slowed in the latter half of 2012.  Casino companies were pretty strong in the early part of the year. But what we’re seeing is that visitor volume is flattening out. I think it’ll pick up again, but not until the latter half of 2013,” he said.

Brown’s comments may also portend the arrival of Caesars Entertainment’s $500 million Project Linq development, which is slated for a soft opening in late 2013 and a grand opening in early 2014, according to Ryan Hammer, senior vice president of human resources for Caesars Entertainment. The outdoor entertainment center with an observation wheel as a focal point has been projected to add about 1,500 new jobs, according to some media reports.

But Hammer also noted the company has been doing some steady hiring throughout 2012 that will likely continue into 2013. At the beginning of the year, the operator added a few hundred jobs with the opening of its 668-room Octavius Tower, a project delayed by the recession. The new Gordon Ramsey Pub & Grill at Caesars Palace is another addition, making three Gordon Ramsey outlets in the Caesars portfolio.

The company also opened the Bacchanal Buffet and will add the Nobu Hotel in 2013, a unique offering within the Caesars Palace property that is branded after one of the world’s most recognized Japanese restaurants in the world. The hotel concept is new to Nobu, which also has restaurants in New York, Moscow, Tokyo, Mexico City, London, Melbourne and elsewhere, said Hammer. The hotel will take the place of the old Centurion Tower on the property.

“With the addition of Bacchanal Buffet, the 668-room Octavius Tower, three Gordon Ramsay venues, Nobu Hotel and Restaurant and other hospitality projects, we added over 1,500 positions in the past year. Looking ahead, the game-changing Linq project will contribute hundreds of new jobs beginning in late 2013,” he added.

Other Caesars projects coming on line include the upgrade of Imperial Palace to a rebranded concept called the Quad. The changes are currently ongoing and should be completed by Linq’s opening. Bill’s Gambling Hall, at the northeast corner of Flamingo Road and Las Vegas Boulevard, will close in early February, but will reopen in early 2014, Hammer added, as a fresh new boutique hotel concept with a nightclub and revamped casino and rooms.

Caesars’ work also could help the local construction industry, Hammer added. Brown said the sector, despite seeing a 45 percent increase in permitting activity in the past year, is still struggling to recover. At its peak in June of 2006, construction employment reached 146,400. Today, it only employs 47,800, just off its August 2012 low of 46,700. Moody’s projected a 3.4 percent increase in construction jobs, outpacing a 0.7 percent increase nationally, but still a far cry from past highs, says Brown.

The economist also is positive on the prospects for future high tech and manufacturing employment in the valley. With high taxes in California and some resurgence in Las Vegas’ downtown, it may be appealing for some small technology companies in Northern California to relocate here, he added. In the meantime, the slot machine manufacturing sector may be doing some of the heavy lifting as far as adding manufacturing and high tech jobs to the area.

For Bally Technologies, the push has been primarily for software engineers and other strong technology minds, said company spokesperson Mike Trask. Bally has been on a steady hiring clip companywide for the past year. In December 2011, its U.S. employee count was 1,694, Trask said. Today it is at 1,848 and climbing.

About 1,000 of those jobs are in Las Vegas and about 100 of the year’s additions were local too. Many of the company’s current 60 or so openings locally center on a need for the tech-savvy and creative.

“Those are mainly high-tech jobs, software engineers, network engineers, video game developers, mobile app developers and a slew of other positions like that,” he said.

Casino operators are starting to “refresh their floors” a little, Trask said, and having new games to offer is important. Interactive technologies like apps also have become a growing business niche for the company.

Bally has mobile apps for more than 70 different casinos now, Trask said, and that area of the company continues to grow. Trask said his group does find its share of UNLV and UNR graduates, but the company also uses recruiters at job fairs around the country as well.

“It’s important to note we’re not just competing with the IGTs and Aristocrats (gaming device makers), it’s the EA Sports, the Googles and (other) game developers,” he added.

Rama Venkat, interim dean of UNLV’s Howard Hughes College of Engineering, said the engineering college has about 1,600 total students in it at any given time. Each year he graduates about 180. Computer science is currently the hot major in the program. The Bureau of Labor Statistics predicts jobs for computer scientists to grow 19 percent between 2010 and 2020.