Debbie Martinez had served nine months of her 30-month sentence when a prison guard summoned her on March 31 and gave her the following directive: "Pack up your stuff."

That is how Martinez, a 43-year-old mother of three teenagers, learned she was coming home.

But the news came as a mixed blessing for Martinez, who was prosecuted under the name Deborah Martinez Seldon. U.S. District Judge Kent Dawson made the unusual decision to release Martinez and her ex-husband, former physician Stephen Seldon, pending appeal.

Now, after rebuilding her life for several months, Martinez must return to the federal prison in Waseca, Minn., by Friday. Seldon is already back behind bars.

The appeal has failed.

The Seldons’ road to prison began with a June 2007 indictment. A federal grand jury had accused the couple of defrauding patients by treating them with an unapproved substitute for the more expensive anti-wrinkle drug Botox. Martinez worked in her husband’s office.

After a 10-day trial in November 2008, a jury convicted the pair on 14 counts of mail fraud and one count of adulterating a drug while held for sale. Seldon later was sentenced to 46 months in prison and lost his medical license.

The defendants, who once shared a $1.2 million house on a golf course, have lost everything. They divorced in June 2009, the month Martinez went to prison, leaving behind her children, ages 15, 18 and 19, from a prior marriage.

"It was the scariest thing I’ve ever done in my life," she said.

Martinez said she contacted the Review-Journal because she wanted her voice to be heard. She said she reluctantly followed her lawyer’s advice and sat silent while her husband testified. She said she would have accepted a plea bargain if prosecutors had offered one.

"I would never even have been at a trial if it was up to me," Martinez said.

Both Daniel Bogden, the U.S. attorney for Nevada, and Greg Brower, who had that job during the prosecution, declined to say if plea negotiations happened.

"However, we can say that if a defendant is interested in assisting us in the investigation or prosecution of his/her own misconduct by timely notifying us of their intention to enter a plea of guilty, we always listen to what they have to say and are open to a plea deal, if it is in the best interest of the government," Bogden wrote in an e-mail last week .

Martinez married Seldon in June 2001 after divorcing her first husband.

"Their dad moved to the Philippines and only contacts us on Facebook," Martinez said.

She said neither he, nor any other relatives, were able or willing to help with the children when she went to prison. So she turned to Davidian, who offered shelter to the teenagers and took them to visit their mother in prison.

But Davidian knows she was no substitute for the children’s mother. Letters in the court record from Davidian and mental-health professionals detail numerous problems the children have experienced since their mother went to prison.

"These kids are a mess and my fear is something is going to happen to them that will be tragic," Davidian wrote the judge on March 12. "What upsets me is that all of this can be prevented. I am trying my best to help them, but I am not their mother who they need so desperately. I have never been a mother and although I do my best to give them love and shelter, I have no parenting skills."

Her thick court file includes a failed motion to reconsider her sentence and a pending request for a new trial.

But Martinez said she doesn’t care about a new trial. She can live with the felony conviction; though she thinks her sentence was too harsh for someone with no medical training.

Although she has been described as her husband’s office manager, Martinez said she primarily handled sales and marketing while also running two clothing boutiques.

She and Seldon maintain their innocence, though Martinez said she takes responsibility for her actions.

She also worries what will happen when she has to leave her children again. Davidian, who makes $10 an hour working at a pawn shop, said she is broke and expects to lose her home soon.

"Financially, I’m depleted," she said. "I did everything I could to help out."

Martinez said her children have improved since she returned. Within weeks of her release from prison, she talked her way into a job tending bar and into a two-bedroom apartment she shares with her children and a pet macaw.

She still holds out hope that someone, or some court, will decide her case has extenuating circumstances and reduce her sentence.

"Give me a chance to do something to save myself and my children," she said.

The 9th U.S. Circuit Court of Appeals in San Francisco recently affirmed the convictions and sentences.

In his e-mail, Bogden said all of Martinez’s contentions "have been litigated repeatedly" and Martinez is simply trying to avoid taking responsibility.

"There is nothing about her situation or her children’s circumstances, or the history of the litigation, that justifies a diminution in her sentence or her not reporting to prison this month as ordered by the court," Bogden wrote.

Brower said Martinez has been afforded her legal rights and has been treated fairly. He said her story does not strike him as unusual.

"Most defendants say they didn’t do it, and most defendants, once they’re convicted, don’t want to go to prison," Brower said.

Unfortunately, he said, many people don’t consider the consequences of criminal activity in advance.

Being convicted of a felony and going to prison "ruins your life," he said, "there’s no doubt about it." 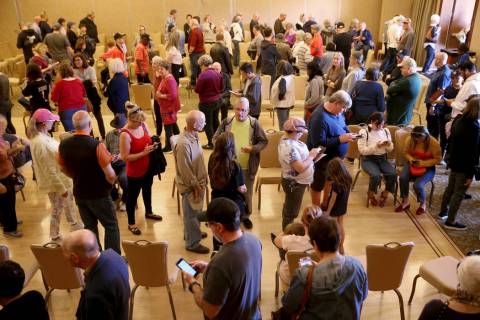 Long wait times at caucus locations around the valley haven’t dissuaded more than 26,000 Nevada Democrats from casting votes during the first two days of early voting, the party reports. 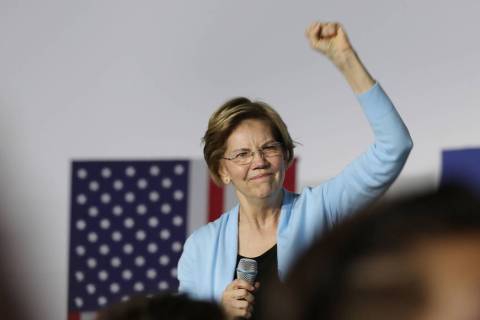 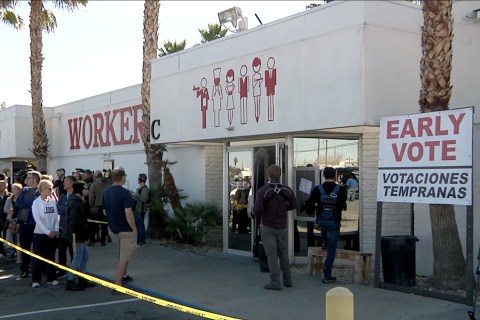 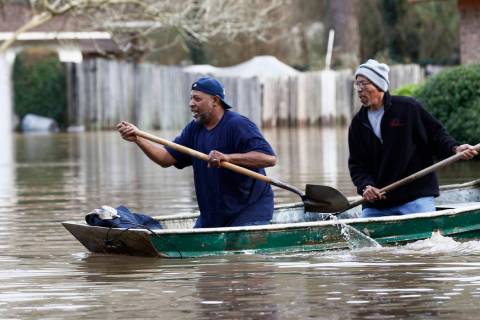