In a “move that surprised some observers,” the Chicago Tribune reported Wednesday, attorney Alan Gura, appearing before the U.S. Supreme Court on behalf of the federal guard who sued the District of Columbia in 2003, claiming he feels unsafe because he’s not allowed to keep his guns at home, “appeared to concede large chunks of his argument, moving away from an absolutist position on gun rights.”

“He concurred, at one point, with Justice Stephen Breyer that a ban on machine guns or plastic guns” (whatever those are) “would be constitutional because those weren’t the kind of arms normally carried by members of state militias in the early days of the United States.”

Was it a failure of nerve under pressure, or did somebody get to this guy?

The statement above is like saying “freedom of the press” doesn’t apply to newspapers printed on modern, high-speed electric presses — only to handbills printed one at a time on an old-fashioned hand-cranker, because that’s the only kind they had back in Ben Franklin’s day.

Under such a rule, you could forget about the First Amendment protecting the free-speech rights of ministers (or anybody else) broadcasting over TV and radio — didn’t have any of that stuff back during “the early days of the United States,” either.

Nor did they have the revolvers or semi-automatic pistols you were supposed to be arguing for, Mr. Gura. (1836 and 1894, respectively.)

The National Rifle Association, America’s largest gun control organization, tried to seize control of this case early on, filing motions with the court to replace attorney Gura, et al, with their own chosen litigators, hoping to water down the impact of a possible adverse ruling by rushing to reassure the court that it’s still OK to “enforce all existing gun laws.”

Defenders of the Second Amendment had their hopes raised when attorney Gura resisted that move. It now appears the NRA need hardly have bothered.

Why go to the trouble of getting the Supreme Court to rule on whether the Second Amendment says what it says, and then offer to help the gun-grabbers pleasure themselves in court, selling out our God-given, constitutionally protected right to keep and bear machine guns, which was still legal as of Monday, albeit the BATF has tricked up ownership with a rat’s nest of regulations and driven the price through the roof by illegally banning both importation and new manufacture?

Where did our government goons get the right to field machine guns, if it wasn’t delegated to them by the people? How could we delegate a right we don’t have?

Peruse pp. 66-69 of Stephen Halbrook’s “That Every Man Be Armed.” Federalist after Federalist vowed their proposed new government could never impose tyranny on these shores “while there is a large body of citizens, little if at all inferior to them in discipline and the use of arms, who stand ready to defend their rights” (Hamilton, Federalist No. 29), that any encroachments on our liberties by the new government “would be opposed (by) a militia amounting to near half a million citizens with arms in their hands” (Madison, Federalist No. 46).

“Who are the militia?” asked Tench Coxe, friend of Madison and prominent Federalist, in the Pennsylvania Gazette of Feb. 20, 1788. “Are they not ourselves. … Congress have no power to disarm the militia. Their swords, and every other terrible instrument of the soldier, are the birth-right of an American. … The unlimited power of the sword is not in the hands of either the federal or state governments, but, where I trust in God it will ever remain, in the hands of the people.”

Does any of that sound like the Founders meant that banning peasant ownership of handguns or machine guns would be OK if our rulers consider them “particularly dangerous”? Dangerous to whom?

Thus encouraged by the guy who was supposed to be on our side to ignore all these sacred assurances and guarantees, Chief Justice John J. Roberts Jr. “said he favored a narrow ruling, one that would not cast doubt on an array of gun control laws,” the Los Angeles Times reported Wednesday.

Why? If the court’s job isn’t to free us from laws which violate the plain language of the Bill of Rights, what is it?

Imagine Earl Warren back in 1954 saying “he favored a narrow ruling in Brown v. Board of Education, one that would not cast doubt on the survival of our segregated school system as a whole.”

A five-member majority seemed willing to hear the arguments for freedom. Instead, they were encouraged to humor the concerns of simpering socialists like Stephen Breyer, mewling that “we give leeway to cities and states to work out what’s reasonable in light of their problems.”

Imagine the outcry if the justice had offered cities and states “leeway to decide what’s reasonable” in banning churches or censoring newspapers or installing “white and colored” drinking fountains.

“Eighty thousand to 100,000 people every year in the United States are either killed or wounded in gun-related homicides or crimes or accidents or suicides,” Justice Breyer droned on. “In the District, I guess the number is somewhere around 200 to 300 dead and maybe it’s 1,500 to 2,000 people wounded. Now, in light of that, why isn’t a ban on handguns, while allowing the use of rifles and muskets, a reasonable or a proportionate response on behalf of the District of Columbia?”

Disassembled, unloaded rifles aren’t worth much in an emergency. Only an idiot would make a long-range rifle his first choice for home defense in an urban area.

Attorney Gura replied that folks must own handguns so they’ll know how to use them when they report for military service.

Imagine how much more powerful it would have been to ask, in turn, “Are you saying the Constitution would stand if criminals killed 100 people per year in this city due primarily to the war on drugs — a domestic tyranny which is within your power to end tomorrow as a violation of the Ninth Amendment, by the way — but we have to start giving up planks in the Bill of Rights if they kill 150 or 175?

“Some of those deaths were felons killed during commission of their crimes. I assume you wouldn’t disarm the police officers who shot them? Meantime, the crime rates you refer to have blossomed under the current gun control regime. The crime rates were much lower 100 years ago, when any citizen could legally carry a concealed handgun.

“John Lott has shown in his book ‘More Guns, Less Crime’ that on every occasion where an American county ‘allowed’ more law-abiding citizens to bear arms, violent crime went down. If the stick-up artist who’s accustomed to knocking over old ladies at the ATM knows the chances are now higher that the little old lady has a .45, he’s going to seek a different line of work.

“So if we were here seeking a pragmatic solution to those crime rates — which we’re not, because your job is just to make sure the legislature obeys the Bill of Rights — then the pragmatic solution you seek, by a happy coincidence, would be precisely what we’re asking you to do: Throw out all the gun laws. Take us back to the peaceful America we had 100 years ago. Enforce the Second and 14th amendments.”

But attorney Gura didn’t say anything like that. He said the court can ban machine guns, because his client doesn’t have a machine gun.

There’s a firm defense of principle, for you.

Vin Suprynowicz is assistant editorial page editor of the Review-Journal and author of the novel “The Black Arrow.” See www.vinsuprynowicz.com/. 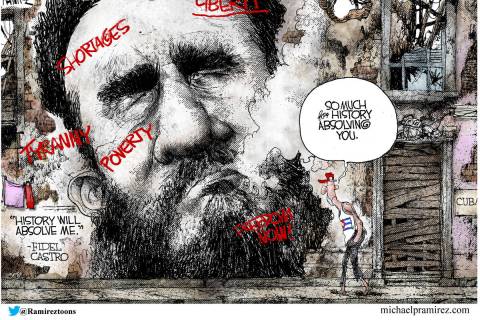 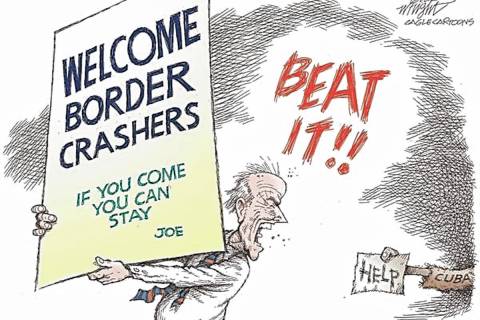 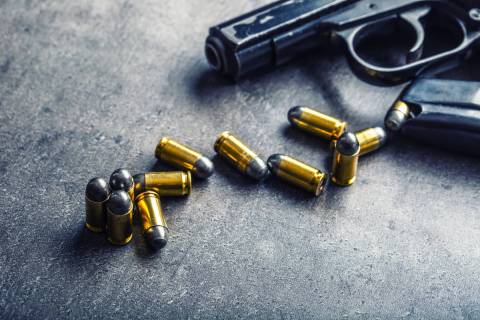