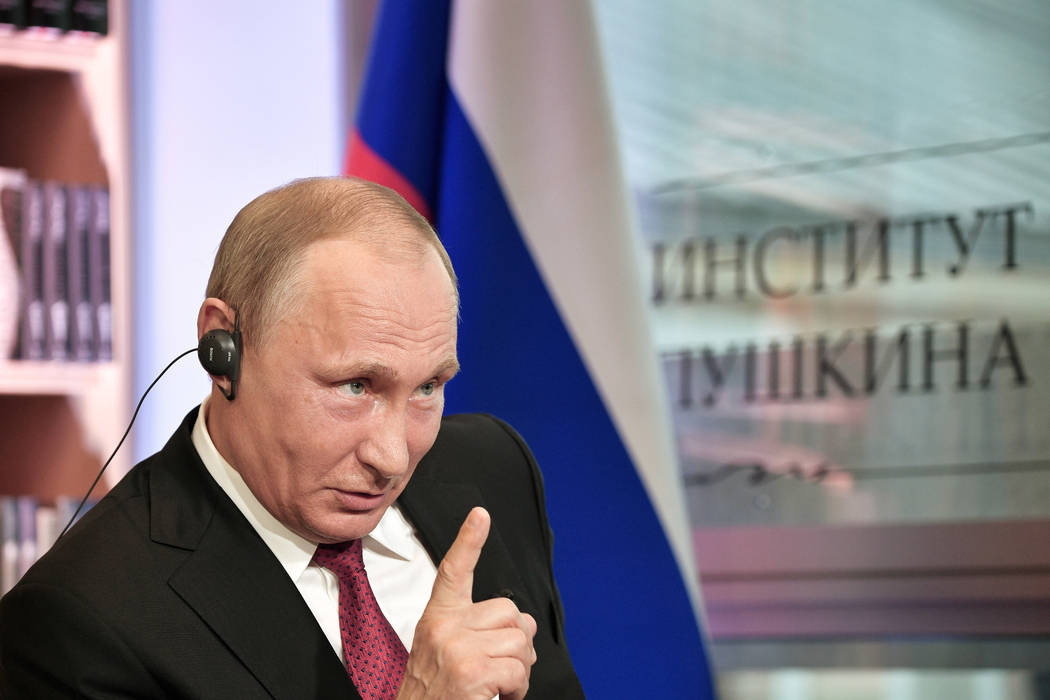 In the 1920s, my grandmother’s last name, Dobrodeeva, was a burden: It betrayed her as a descendant of the clergy, a second-class citizen viewed with suspicion anywhere she tried to get a job or get into college. In the village where she was born a deacon’s daughter 10 years before the revolution, the Bolsheviks knocked the crosses off his church, and its priest eventually disappeared into the labor camp system. Grandma, though, always told me — a skeptical Moscow kid — that, but for the revolution, she’d still be living in that village; she’d never have become a neurologist or married my grandfather, a Jewish engineer whose name she’d happily taken to hide her churchy roots.

A hundred years after the Bolsheviks, that ambiguity about the revolution is strangely most in evidence outside of Russia. The country that survived the revolution is a firmly right-wing authoritarian state run by a professional bureaucracy that rejects socialism and has almost completely dismantled its legacy. But the kind of radical leftist ideas that drove the Soviet Union’s founders are winning over young people in the West.

The Bolsheviks are often portrayed as a small group of German-aided coup plotters who cared only about seizing power, which they could never do in a democratic setup. But the Bolsheviks were bona fide radical leftists. “The entire society will be one office and one factory with equal work and equal pay,” Vladimir Lenin wrote. Management processes would become so simple that everybody would learn to manage themselves, and there’d be no need for institutions. Society just needed a violent push: “With an iron hand we’ll force humanity toward happiness,” said a sign at the entrance to Russia’s first labor camp.

That was a utopia for which Russia was never quite ready; but it wasn’t just a cynical justification for perpetuating a dictatorship. The Soviet Union did work on a version of socialism, with universal free health care, free higher education, jobs for everyone, guaranteed vacations and maternity leave.

A surviving piece of that legacy is its presumed influence on the West. Russian President Vladimir Putin argued in a recent speech to the Valdai Discussion Club that Russia’s social experiment “provided a powerful stimulus to reform” in the West. In this Putin even agrees with far-left activist Sergei Udaltsov (recently let out of jail for protesting against Putin in 2011-2012) who recently told an interviewer: “The revolution showed the entire world, not just Russia, an alternative development path away from the artificial system of values that emphasizes profit, greed, money and animal competition.”

It’s arguable that the development of Western welfare states was driven by the Soviet example. Europe had its own powerful traditions with roots in Bismarck Germany’s social institutions and moderate socialism. It’s clear, however, that some “competition over political legitimacy,” as Swedish political scientist Astrid Heidin termed it in a 2016 paper, existed between East and West and helped drive progress in social protections.

So, in a sense, the genuinely socialist aspect of the Soviet experiment lives on in the relative success of far-left parties and politicians in the West. The taming of the firebrand Syriza government in Greece shouldn’t distract from the respectable performances of Jesse Klaver’s GreenLeft in the Dutch election this year, Jean-Luc Melenchon’s late surge in the French presidential election, Die Linke’s consistent electoral record in Germany, the participation of the communists in Portugal’s successful coalition government, the unexpected strength of the Labour Party under the leadership of Jeremy Corbyn, the extreme left’s major role in Catalonia’s independence drive, the remarkable run of Bernie Sanders in the United States last year. According to recent YouGov polls, 44 percent of U.S. millennials would prefer to live in a socialist country (and 7 percent would love to find themselves in a communist one), and in the United Kingdom, young people have a net positive attitude toward socialism and a net negative one toward capitalism.

This doesn’t, of course, mean that any of these young people would like it if they found themselves in the Soviet Union of my adolescence — or especially of my grandmother’s youth. According to YouGov, seven out of 10 Americans underestimate the number of people killed by communist regimes. And those who lean toward socialism over capitalism probably imagine Denmark rather than Russia. But it’s clear that Soviet efforts to boost the global left have more than succeeded: The movement has endured, helped in recent years by failures of free-market capitalism such as the 2008 financial crisis.

Russians, meanwhile, have mostly concluded that socialism was impossible. In the late Soviet years, the ostensibly free services turned into a corrupt system in which the quality of health care and education depended on one’s ability to shell out bribes and the official jobs didn’t pay enough to live on. For most Russians today, a kind of libertarian self-reliance is the only ideology.

A Levada poll in March 2017 showed 61 percent of Russians “rely only on themselves and avoid contact with authority.” The Putin system has used this to its advantage. It’s about as hard in today’s Russia to get a full college scholarship as in the United States. Universal free health care is a thing of the past, replaced with a no-frills insurance-based system for most and expensive private services for the wealthy few. Several attempts were made to resuscitate the pension system, which provided a living income until the mid-1980s, but Russians today are generally resigned to having to work until they die. The decayed Soviet welfare state has been completely dismantled. The regime preferred to spend the oil windfall of the 2000s on massive vanity projects such as the Sochi Olympics.

This Russia doesn’t celebrate the anniversary of the revolution. Even to Putin, references to its positive global role are part of a grievance narrative about a Russia spurned and humiliated by the West. Putin has surprised many by opening a monument to the victims of the communist regime in the center of Moscow and by unequivocally condemning Stalin’s murderous reign. But that is mostly a testament to the fact that his dedication to power is nonideological and his opposition to revolution categorical. He has openly opposed the revolutions that deposed other authoritarian rulers, such as Libya’s Moammar Gadhafi or Ukraine’s Viktor Yanukovych, and he’s actively helped Bashar Assad to remain in power in Syria. He has militated against “colored revolutions” in the former Soviet Union, and he never forgets that the first “colored revolution” was red. In the Valdai speech, Putin had this to say:

One can expect the Putin regime to use some tricks from the Soviet arsenal, but not from the Bolshevik one. The next big socialist experiment — perhaps with universal basic income — won’t start in Russia. And, of course, as someone who caught the tail end of the last experiment, I’m ambivalent about that.

Leonid Bershidsky is a Bloomberg View columnist. He was the founding editor of the Russian business daily Vedomosti and founded the opinion website Slon.ru.