President Trump’s visit to Jerusalem has yet to begin but is already being seized on to support ongoing narratives.

In terms of the daily drama of American politics, it changes the subject for Trump and allows him to appear presidential. In terms of the quest for Arab-Israeli peace, it adds Trump to the list of seekers.

Sandwiched between Saudi Arabia and Rome on Trump’s itinerary, it offers Trump a chance to try to rally the Abrahamic faiths against secular nihilism and radical, violent extremism. There’s at least one other crucial opportunity for America, Israel and Trump on his Jerusalem visit, though. It’s one that I hope doesn’t get lost amid the others. That is to celebrate the 50th anniversary of the reunification of Jerusalem.

The history of Jerusalem stretches more than 3,000 years and more than a dozen civilizations — the Jews of the Bible, Assyrians, Babylonians, Persians, Greeks, Romans, Crusaders, Muslims, Ottomans, the British Empire. But it’s hard in all of them to find a period as prosperous, productive, pluralistic, and even — despite terrorism — peaceful as the years since Israel won full control of the city in 1967.

It has been a remarkable success.

Its cuisine is driving the world’s taste — Yotam Ottolenghi and Sami Tamimi’s “Jerusalem,” published in 2012, was a runaway bestseller and probably the most influential cookbook of the past decade.

The high-tech boom that started along Israel’s Mediterranean coast has spread to the capital city, which hosts outposts of IBM and Intel along with hundreds of local startups. Real estate prices rival those of Manhattan. Luxury hotels, including a Waldorf Astoria, compete with the landmark King David.

Christians, Muslims and Jews all have essentially unfettered access to their holy sites.

The city is within rocket range of the Gaza Strip, which is controlled by the Hamas terrorist group dedicated to Israel’s destruction. It also is a mere 13 miles from Ramallah, a city controlled by a Palestinian Authority that would be more than happy to claim Jerusalem as its own capital. Hundreds of thousands of Arabs live within Jerusalem’s borders. Deadly terrorist attacks have claimed too many lives.

Yet, amazingly to those of us whose views are mainly shaped by news coverage that emphasizes violent conflict, the streets and buses, cafes and playgrounds of Jerusalem most of the time feel like a normal place, not a war zone.

What a contrast to the days when Jerusalem was ruled by distant occupying powers, or even to the period between 1948 and 1967, when the city was split by mines and barbed wire, and when Jordan desecrated Jewish holy sites and restricted access to them.

Today’s Jerusalem boasts Israel’s democratically elected legislature, its independent-minded Supreme Court, and world-class museums showing the horrors of the Holocaust, the treasures of biblical archaeology, and the best of modern art. The city’s universities and hospitals educate and treat Jews and Arabs, men and women, religious and secular, gay and straight.

There will be no shortage of those using the anniversary of the Six Day War of 1967 to bemoan Israel’s “occupation” of the West Bank and to seek a new push toward a final-status agreement. Israelis too, want peace.

Some might even go so far as to call it a miracle. 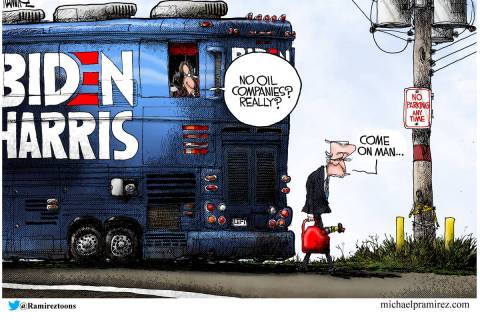