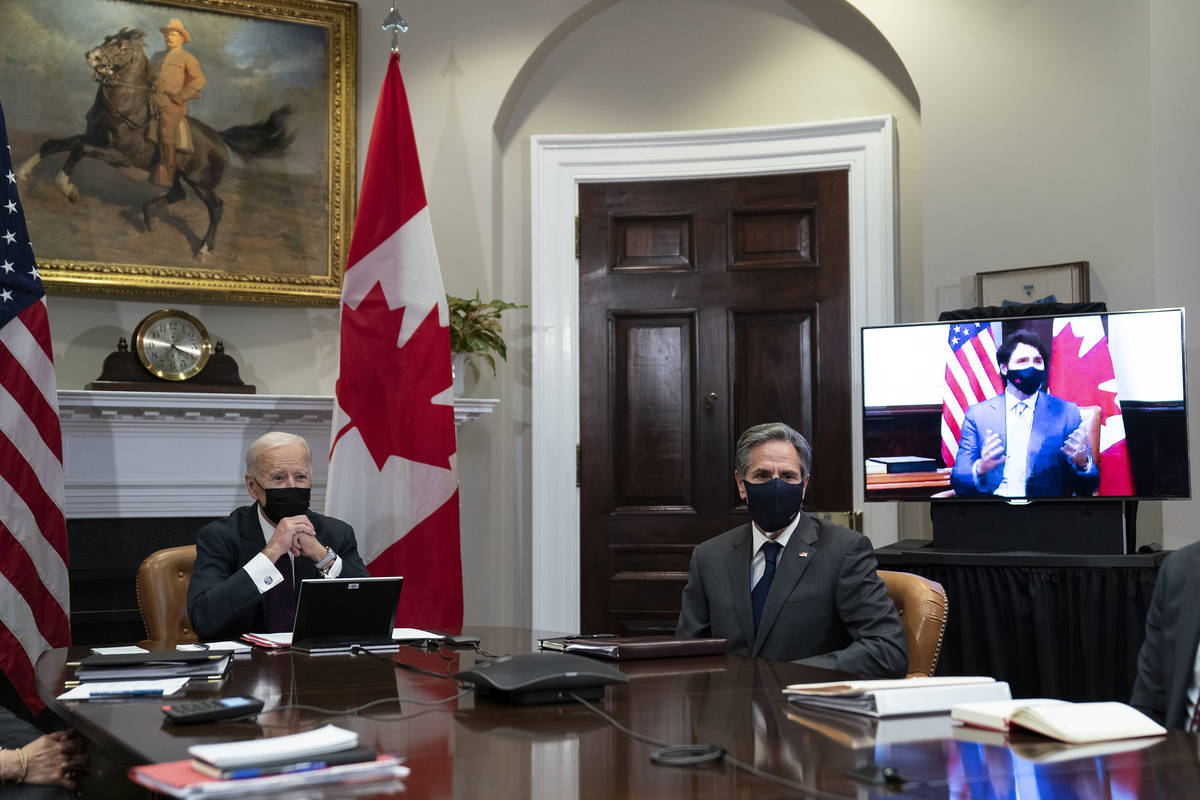 Leaders in the United States are currently working through multiple crises. As they do so, we should strategically look to our neighbor to the north, Canada.

As CEO of the Business Council of Canada and Nevada, I’ve had the pleasure of working with Prime Minister Justin Trudeau, ambassadors, consuls general and others. Canada shares our priorities of defeating the pandemic, repairing our economies, promoting diversity and inclusion, restoring global stability under the leadership of the United States, and being better stewards of our planet.

The relationship between the United States and Canada dates back more than 150 years and is the strongest alliance between two sovereign nations in modern history. While there will always be disagreements between us, there is a reason we are described as “friends, neighbors, allies.” Because of the strong historical relationship, economic ties, cultural similarities, joint security challenges, common interests and geographic proximity, it is no wonder that Canada is the first call a U.S. president makes to a foreign leader — just as President Joe Biden did several weeks ago.

The security of the United States is inextricably interwoven with our neighbors to the north. Not only do we share the longest common border between any two countries in the world, we participate in joint military efforts, joint efforts against terrorism and the joint operation of the North American Aerospace Defense Command, which keeps North America safe from air and aerospace attacks. Located in Colorado, NORAD reports to both the president of the United States and the prime minister of Canada and is the only binational military command in the world.

The greatest challenge for our two countries is defeating the pandemic. We have already entered into a joint initiative to battle COVID-19 by temporarily restricting nonessential travel across our shared border, and high-level officials from both countries participate in regular calls to fight the virus. Canadian and U.S. companies work closely together to source vaccines and procure other necessary equipment in this effort.

We must also prioritize putting Americans back to work and restoring our economy. The quickest way to accomplish that goal, as soon as we defeat the pandemic, is to work with our friends to the north. With a newly negotiated USMCA trade agreement that protects American jobs and businesses, the foundation exists to jump-start our economy and put Americans back to work.

The United States and Canada are also the largest trading partners in the world — we have just begun to scratch the surface of our collective opportunities. We share 120 land points of entry, and the bilateral relationship saw nearly $2 billion a day in goods and services — as well as about 400,000 people — crossing between the two countries every day, prior to the pandemic. In our own state of Nevada, where tourism is our lifeblood, we consider ourselves a border state with Canada because of the millions of Canadian tourists who visit every year. President Biden is right to engage in trade with friends to help us stave off economic threats from China, Russia and other adversarial countries. Canada is a key ally in this regard.

The diversity of America is, and always has been, its strength. The same is true of Canada. But we have some work to do. This was never so obvious as the recent incidents that gave rise to the Black Lives Matter movement. However, because our values are so similar, both the United States and Canada are undergoing a long overdue and necessary effort to prioritize diversity and inclusion in our societies.

Each and every thing we do to defeat the pandemic, deal with racial inequalities, grow our economy and restore our international relationships should be viewed through the prism of battling climate change. Climate change policies should be part of the fabric of everything we do, and Canadian policymakers agree on this point.

At the end of the day, looking to and partnering with our neighbors to the north makes good sense as we tackle the unprecedented crises facing our nation. Our historical partnerships and similarities, and the mutual respect we share, will expedite our ability to successfully work through these issues. Working with an ally who shares our values and will stand by us strengthens the United States of America in its efforts to defeat the pandemic, jump-start our economy, truly address systemic racism, earn back our standing as world leader and save our planet.

We can accomplish these goals. We will restore the soul of America, meet tomorrow’s challenges and lead by the power of our example. While we need to work hard to realize success, America is still the greatest country in the world, and Canada is our biggest cheerleader.

Richard Perkins, former speaker of the Nevada Assembly, is a co-founder and the CEO of the Business Council of Canada and Nevada and sits on Nevada’s Homeland Security Commission.