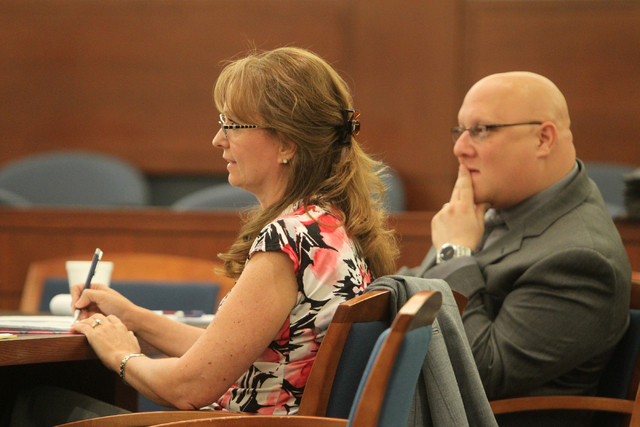 District Judge Eric Johnson definitely got it right in ruling that the recall of North Las Vegas Municipal Court Judge Catherine Ramsey can go forward. Now we might get to see if the Nevada Supreme Court can do likewise.

As reported by the Review-Journal’s Eric Hartley and Bethany Barnes last week, Judge Ramsey’s challenge against the recall — primarily on the grounds that it’s unconstitutional, but also calling the signature-gathering process into question — was denied in Clark County District Court. However, Judge Ramsey’s attorney, Craig Mueller, said he will file an appeal this week. “He’s wrong,” Mr. Mueller said of Judge Johnson.

Mr. Hartley and Ms. Barnes wrote that, under the Nevada Constitution, an elected “public officer” can be removed if 25 percent of the voters who cast ballots in the original election sign a recall petition — and if a majority of people then vote for removal. In calling the recall unconstitutional, Mr. Mueller pointed to a state law that says “public officer” does not include judges. That statement is laughable at best. Ross Miller, a former secretary of state and the lawyer for the recall effort, said Mr. Mueller’s claim is a misreading of a statute that limits the scope of the state ethics law.

Further, Judge Johnson ruled judges can be recalled, saying no law has trumped a constitutional clause approved by voters in 1912 that makes “every public officer in the state of Nevada” subject to recall. Judge Ramsey is making a ridiculous argument that elected jurists can’t be unseated. Undoubtedly, she is an elected public officer who can be recalled by the same public that voted her in. Equally as undoubtedly, she should be removed from the bench. She has become a taxpayer nightmare inside a barely solvent city government that can’t afford abuse.

Judge Ramsey has been widely accused of hostile and intimidating conduct, with complaints costing the city more than $50,000 in settlement and investigative costs. Yet her behavior remains unchanged — she has criticized city officials from the bench. When the city refused to represent the judge in a wrongful termination case brought by her former judicial assistant, Judge Ramsey swiped $12,000 in legal fees on her city purchasing card. And attorneys say she dismisses cases and reduces charges out of spite for the city attorney and City Hall, actions that are costing the city as much as $10,000 per month in fee and fine collections.

The fact that Judge Ramsey is fighting so hard is indicative of the arrogance that is core to the recall’s purpose. If Mr. Mueller indeed files an appeal, the Supreme Court should recognize the validity of the recall by confirming Judge Johnson’s ruling, especially since it has a vested interest in the outcome. North Las Vegas should then proceed to schedule the recall election. Most important, city residents should pay attention to that recall date and vote to remove Catherine Ramsey from the Municipal Court bench.