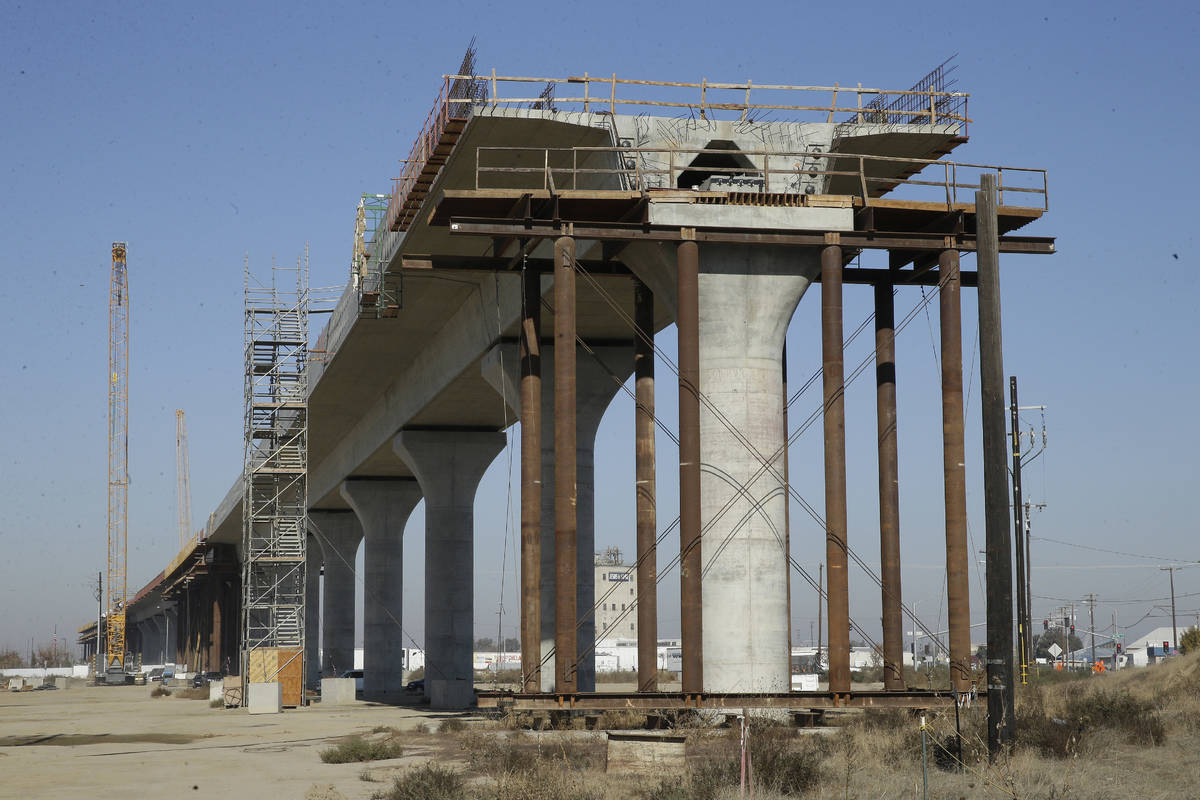 There’s more going on in the world than the coronavirus and the fallout from the Capitol riots. Bad ideas don’t flinch in the face of a deadly pandemic or the ongoing D.C. circus.

The Los Angeles Times reported Tuesday that California’s infamous bullet train may be in worse shape than previously thought. And that’s saying something.

The Times obtained a 36-page letter from one of the project’s top contractors alleging that “a multitude of problems have remained unresolved for years,” including continuing delays in “obtaining land for the rail and the state’s failure to secure agreements with outside parties.” This, the letter foresees, will result in even higher costs and layoffs for workers.

“It is beyond comprehension that as of this day, more than two thousand and six hundred calendar days after” official approval to start construction, Ghassan Ariqat, vice president of operations for contractor Tutor Perini, wrote to state officials, “that the authority has not obtained all of the right of way.”

State officials dismissed the complaint, the Times reported, accusing the contractor of trying to deflect its own failures. But either way, there’s no denying that the California rail project is a major contender for the boondoggle of all boondoggles trophy. The only thing that’s surprising is why Mr. Ariqat expected anything different.

Recall that state officials sold the Anaheim-to-San Francisco rail line in 2008 as an antidote to global warming. Then they lied to state taxpayers about the potential costs while inflating ridership estimates — a common tactic when it comes to government mass transit projects — to gin up public support. What was supposed to be a $30 billion rail line will now likely cost at least $100 billion, and constant delays have pushed the completion date back by a dozen years.

Contractors haven’t even been able to finish the initial 31-mile stretch of track around Fresno, which was supposed to be operational by 2017.

“Along the north-to-south bullet train route in Fresno, isolated bridges soar above the city,” the Times writes, “separated by stretches with no visible construction activity. Graffiti is sprayed on long expanses of the structures. Vacant land on the ground has attracted vagrants. Empty buildings have been vandalized and burned.”

But no, never mind. California plans on outlawing gasoline-powered vehicles — and, who knows, maybe even airplanes — by 2035, so all aboard! Or something.

California’s bullet train is a monument to green utopianism run amok. But expect more like it when the Biden administration begins pushing the Green New Deal and delivers a fleet of Brinks trucks packed with taxpayer cash to Sacramento to bail out this debacle. Consider it the new business as usual.