If you are having problems accessing today’s e-Edition, please click on this link VIEW E-EDITION
Las Vegas Review-Journal
May 18, 2022 - 9:00 pm 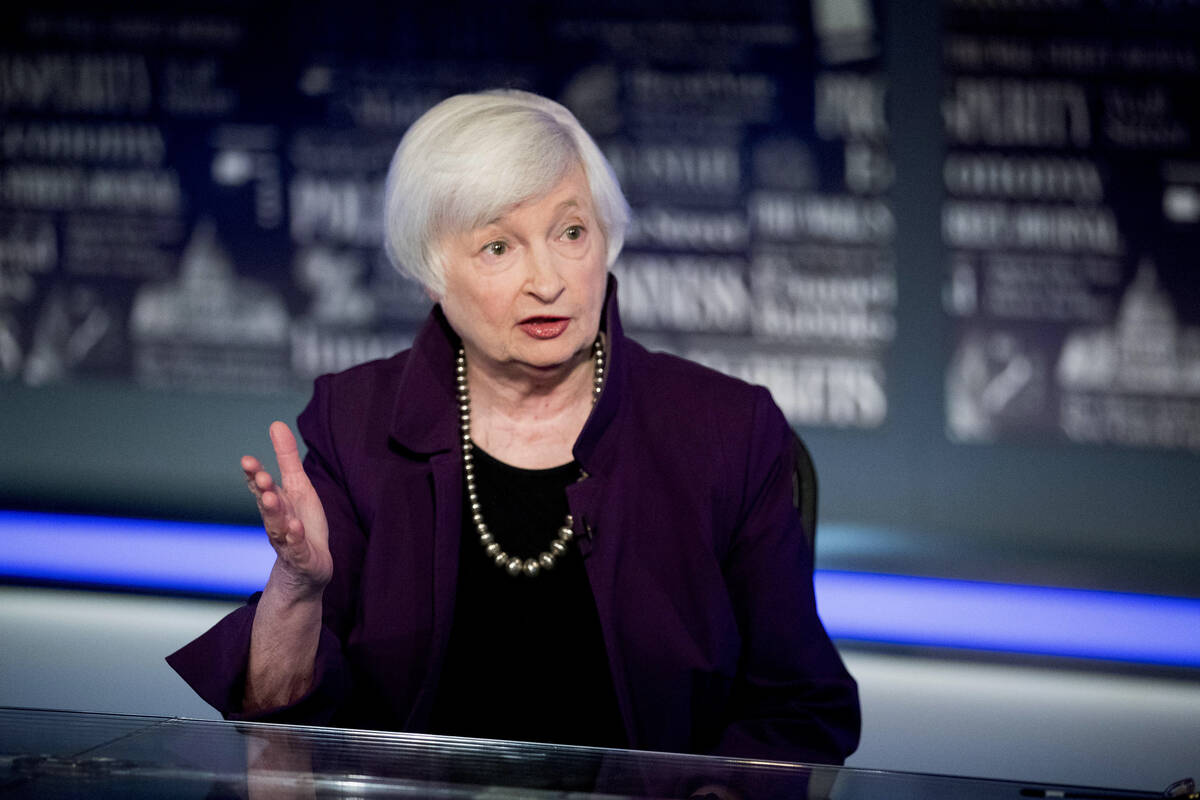 The stock market took a beating Wednesday, just days after the average price of gasoline exceeded $4 a gallon in all 50 states for the first time ever. Don’t expect relief in the months ahead.

“Higher food and energy prices are having stagflationary effects,” Treasury Secretary Janet Yellen said this week while attending a summit in Germany, “namely depressing output and spending and raising inflation all around the world.”

It’s notable that Ms. Yellen is now uttering the dreaded “S” word — stagflation — hearkening back to the days of Jimmy Carter and Gerald Ford, of cardigan sweaters and WIN (Whip Inflation Now!) buttons. A similar impotence plagues the current occupant of the White House. When the president’s new press secretary was asked about the market dive, she cavalierly replied, “That’s not something we keep an eye on every day.”

Fair enough. The vagaries of market fluctuations often stymie the experts. But with the economy seemingly headed toward recession, perhaps President Joe Biden and his advisers might pay closer attention to the messages coming out of Wall Street regarding their foolish adherence to Modern Monetary Theory and their utter failure to accurately gauge how their policies have corroded the economy.

Ms. Yellen told reporters that Europe is more vulnerable to a recession than the United States. But her track record when it comes to such predictions — inflation is “transitory” — leaves much to be desired. With the Fed hastening the pace of interest rate hikes, expect job creation to slow. The economy actually contracted during the past quarter. Inflation remains higher than 8 percent. That all spells stagflation.

The electoral reality of the situation explains why Democrats now rush to deflect attention to abortion and “ultra-MAGA Republicans,” the clunky, focus-group-tested term du jour for Mr. Biden. Yet less than six months before the midterms, independent voters remain sour on the president and the majority party as their 401(k)s are eaten alive and the price of everyday living expenses soars.

“House Democrats may be in worse political peril than they’ve let on publicly,” a dispatch from Punchbowl News reported Wednesday. According to internal Democratic polling, the piece notes, a generic Republican leads a generic Democrat by 8 points in swing districts, a “stunning” margin. “Biden’s deep unpopularity and the political ditch Democrats find themselves in is also evident in private polling” conducted by the GOP Congressional Leadership fund.

Mr. Biden had better hope that his treasury secretary can see the future and that no recession materializes. Even then, he and his fellow Democrats are likely to pay a steep price in November for turning the party over to the leftist progressive ideologues now dominating discourse and alienating swing voters.