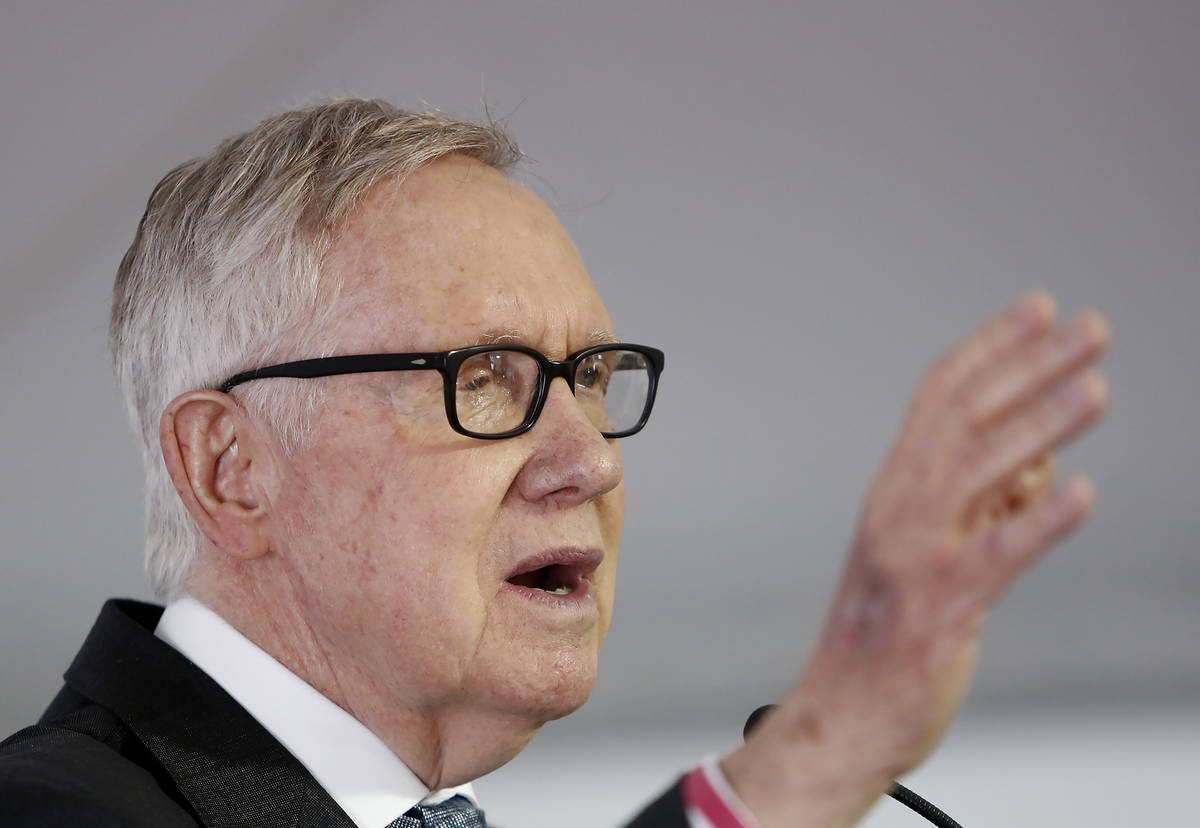 Leading up to the vote on Judge Barrett, Democrats in the upper chamber issued all manner of threats and warnings should a Republican-controlled Senate confirm a Republican president’s high court nominee. Sen. Richard Blumenthal, D-Conn., insisted there would be “consequences.” His colleagues have vowed that “nothing is off the table” in terms of retaliation.

It was only seven years ago that Mr. Reid, as majority leader, opted to push the “nuclear” button. Upset that minority Republicans — taking a page from the Democratic playbook during the George W. Bush years — were blocking several of Barack Obama’s judicial selections, the man from Searchlight ended decades of tradition by eliminating the filibuster for judicial nominations (excepting the Supreme Court).

Mitch McConnell, then the minority leader, warned Mr. Reid that he would live to regret the move.

Fast forward to 2020. Democrats lost the Senate in 2014. Donald Trump won the presidency in 2016. Without the filibuster as a tool, Democrats have been powerless to scuttle the administration’s judicial selections. More than 200 have won Senate approval and now sit on the federal bench. Mr. McConnell, now majority leader, followed Mr. Reid’s precedent and killed the filibuster for Supreme Court nominees. Judge Barrett is Mr. Trump’s third high court selection.

Mr. Reid’s gambit backfired spectacularly, but he’s not done passing out the exploding cigars. In an interview last week with The Associated Press, Mr. Reid offered his advice to Joe Biden. If Mr. Biden wins the White House and Democrats reclaim the Senate, he argues they should kill the filibuster altogether if Republicans don’t accept their progressive agenda.

“We should give the Republicans a little bit of time to see if they’re willing to work with” Mr. Biden, the retired Nevada Democrat said. “But the time’s going to have to come when he’s going to have to move in and get rid of the filibuster.” How much time should the GOP have? “No more than three weeks,” Mr. Reid said.

Mr. Reid’s comments starkly highlight the folly of the notion that a Biden administration will serve as a check on his party’s powerful radical wing. If Democrats win the Senate and the presidency, their fortunes may depend on how well they resist the temptation to overreach, alienating a wide swath of independent voters. Mr. Reid went too far in 2013, and now he urges his party to go too far again. Pragmatic Democrats may want to consider whether they’re willing to get burned twice in pursuit of short-term gratification.