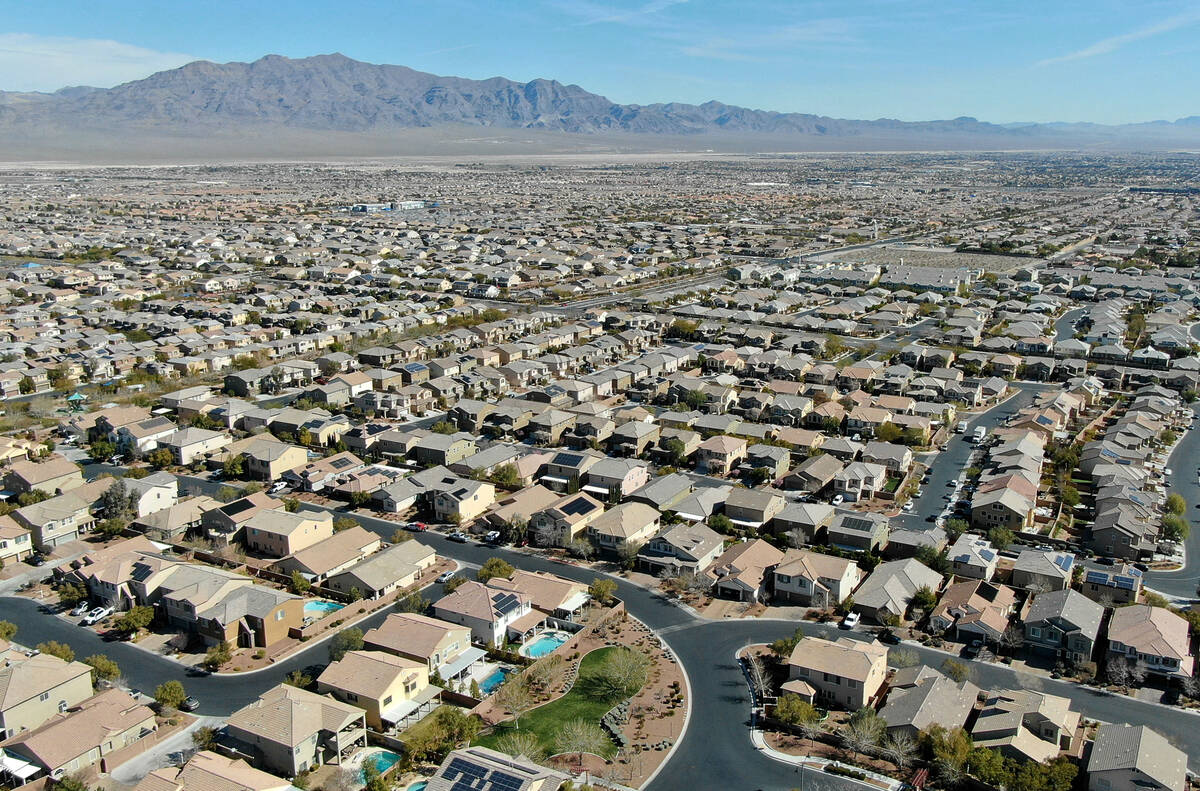 The story of soaring U.S. housing costs is largely a story of government intervention, including easy money, zoning restrictions and an overactive regulatory state. It also doesn’t help that federal housing policies are often at war with each other. Consider the Biden administration’s latest move to put taxpayers on the hook for guaranteeing mortgages that exceed $1 million.

After hitting record highs this year, housing prices have begun falling again. In Las Vegas, home prices dropped 2.4 percent in September, according to a national report. The reasons for the decline are clear. Mortgage rates have more than doubled as the Fed makes borrowing more expensive in an effort to fight inflation. That discourages potential homebuyers, making it more difficult for sellers. Reduced demand drives down prices.

Some market corrections are inevitable, of course, but don’t underestimate the role of the White House’s print-and-spend economic agenda, which lit the fuse for inflation in the first place. Now, The Wall Street Journal noted this week, “the administration wants to prop up housing demand and prices” by ordering Fannie Mae and Freddie Mac to back mortgages of up to $1.089 million in certain high-cost counties in New York, California and elsewhere.

Remember that these quasi-government entities were at the center of the 2008 housing collapse, as many lenders abandoned rational loan underwriting standards thanks to the knowledge that they could sell off underperforming notes to Fannie and Freddie without consequence. Remember the term “moral hazard”?

Now the Biden administration wants to use the federal mortgage agencies to cushion the blow of its own misguided policies. The million-plus guarantee — up 75 percent since 2015 — will encourage banks to lower rates for larger homes, knowing that investors will be eager to grab up securities backed by the government. But why should American taxpayers be on the hook for subsidizing the home purchases of wealthy buyers?

In a statement to USA Today, the Housing Policy Center, an industry group that advocates for a competitive housing marketplace, noted, “Taxpayer backing of ever-increasing loan sizes provides a subsidy that results in slightly lower mortgage rates which, in turn, encourages people to buy more expensive homes.”

In turn, the newspaper reported, “such backing feeds the run-up in house prices, exacerbating the affordability challenges we face in today’s supply-constrained marketplace, the council added.”

The Biden administration has a clear affinity for wealth transfers and government subsidies. But forcing taxpayers to guarantee mortgages for well-to-do buyers in the market for million-dollar homes should be a bridge too far.