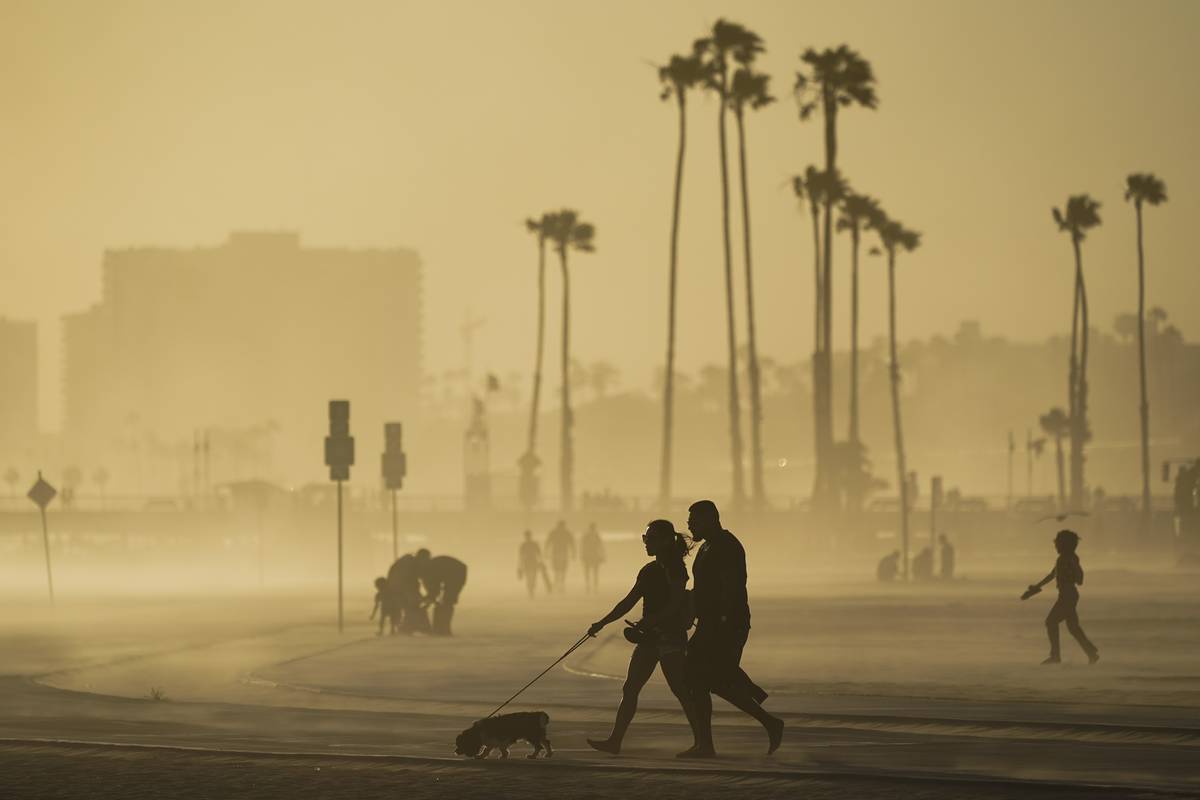 FILE - In this April 18, 2021, file photo, people walk on a beach path as evening winds kick up sand in Long Beach, Calif. California's population has declined for the first time in its history. (AP Photo/Ashley Landis, File)

Since becoming a state in 1850, California had never experienced a year-over-year population decline. New demographic numbers show that it has now.

This month, state officials announced that its population fell by 182,000 people or a 0.46 percent decline in 2020. That dropped California’s population to under 39.5 million. State officials were quick to blame the pandemic. Coronavirus restrictions limited immigration and reduced the number of foreign students by around 53,000 people. Also, more than 50,000 people died from the virus.

But laggardly population growth isn’t a recent trend in California. The U.S. Census Bureau recently announced that California would be losing a congressional seat — another first.

For many, today’s California dreamin’ involves figuring out how to move somewhere else. Over the past decade, 6.1 million people left the state compared with 4.9 million people moving in. Births and immigration — including illegal immigration — helped the state offset those losses and create slow growth. The census found California’s population was 37.3 million in 2010. Its population increased 6 percent in 10 years.

In comparison, Nevada went from 2.7 million to 3.1 million residents over the decade. That’s a 15 percent increase, which made Nevada the fifth-fastest growing state in the country.

On the surface, this doesn’t make sense. California has a host of natural advantages that Nevada can only dream of. It has hundreds of miles of coastline that provide opportunities for shipping and recreation. The moderate weather is incredible. It has an abundance of natural resources, including vast farm lands, fishing and petroleum.

If California were its own country, it would have one of the largest economies in the world. It has world-class universities. It’s home to Hollywood and large tech companies.

This is why the state grew in population for more than 160 consecutive years. But counteracting all those advantages are years of far-left governance.

California has some of the highest taxes in the country. Zoning and environmental regulations have dramatically spiked the cost of housing. Used needles, feces and homeless encampments are common sights in some large cities. Traffic is a nightmare while the state spends tens of billions of dollars on a black hole high-speed train from nowhere to nowhere. It’s a hard state to do business in, and many businesses have chosen to go elsewhere. Hanging over any short-term budget surpluses is the specter of its massive pension debt.

A decreasing population is a warning sign. California’s political class doesn’t seem interested in changing course. Nevada’s leaders, however, should note what’s happening and not repeat our neighbor’s mistakes.