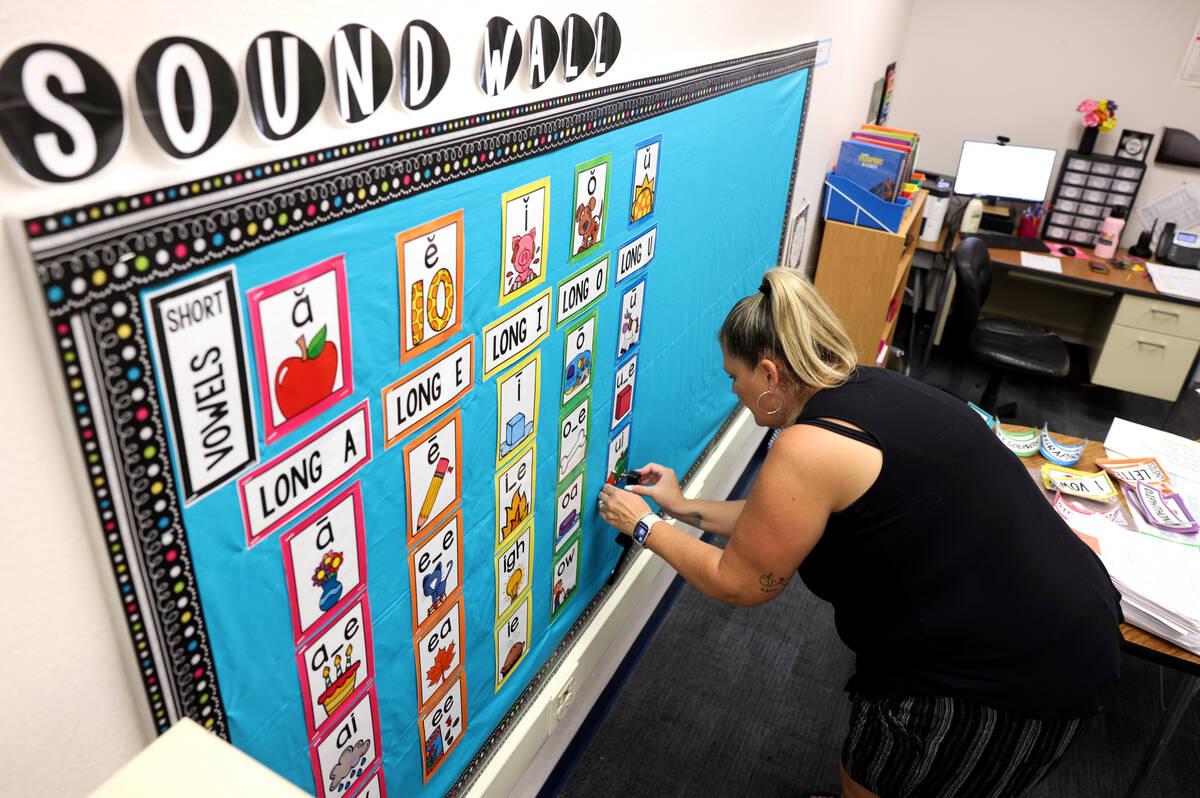 The Clark County School District’s student-to-teacher ratio has improved over the past few years. Keep that in mind the next time the education establishment hypes a teacher shortage.

School started earlier this month. Tens of thousands of students still don’t have permanent teachers. As of late August, there are more than 1,350 openings for licensed personnel, which includes mostly teachers, but also nonclassroom positions such as school counselors.

Students without a consistent teacher will generally learn less. The district already has a chronic absentee rate of close to 40 percent. Shuffling students between teachers isn’t going to help. Making matters worse is that the openings are predominantly in the worst schools. How do you improve student achievement with a rotating cast of temporary teachers?

In a June presentation to the School Board, district officials looked at schools with vacancy rates of 20 percent or higher. Almost 80 percent of the students at those schools were African American and Latino. It’s easy, yet tragic, to predict that those students will face additional long-term challenges. This isn’t systemic racism. It’s a broken school system unwilling to acknowledge its repeated failures.

But this “shortage” is, in large part, an artificial creation. Student enrollment is down significantly. For the 2017-18 school year, the district had a student population of 321,648 and 18,717 licensed employees. On the first day of school this year, the district had fewer than 292,000 students enrolled. Yet district schools sought to add more than 625 positions this year.

As local schools add jobs, teachers migrate from urban schools to campuses in more affluent areas that now have more openings. This increases vacancies at low-performing schools, even with pay hikes and funding increases.

District officials want you to believe that the teacher shortage is beyond their control and requires more spending. That was Superintendent Jesus Jara’s justification for handing out massive pay hikes earlier this summer. He boosted starting teacher pay by $7,000 and gave current teachers $5,000 bonuses.

At the same time, the district is shedding students, with enrollment down almost 10 percent from its peak. But both state and federal officials have showered money on the public schools, particularly in the guise of pandemic relief. Since the 2017-18 school year, the district added more than 1,900 positions for teachers and other licensed personnel despite enrollment declines.

This isn’t just happening in Nevada. A recent RAND Corporation study found districts across the country, “especially urban districts and those serving predominantly students of color,” have gone on hiring sprees. The report raised concerns of a “fiscal cliff once federal stimulus funds end.” The RAND report found that many shortages aren’t due to a “mass exodus” of educators leaving the profession, but to the fact that districts are attempting to expand staff.

There may indeed be shortages of qualified teachers in certain specialty areas such as math and science. And it’s true that teacher dissatisfaction, particularly over distance learning and COVID, has increased. But researchers say the number of teachers leaving the profession is in line “with historical standards,” according to The Hechinger Report.

Bottom line: Many of the unfilled positions in the Clark County School District are additional positions created even as student enrollment drops. The pandemic cash was a windfall to the public schools. But it also shows how throwing more money into a broken system can make things even worse.