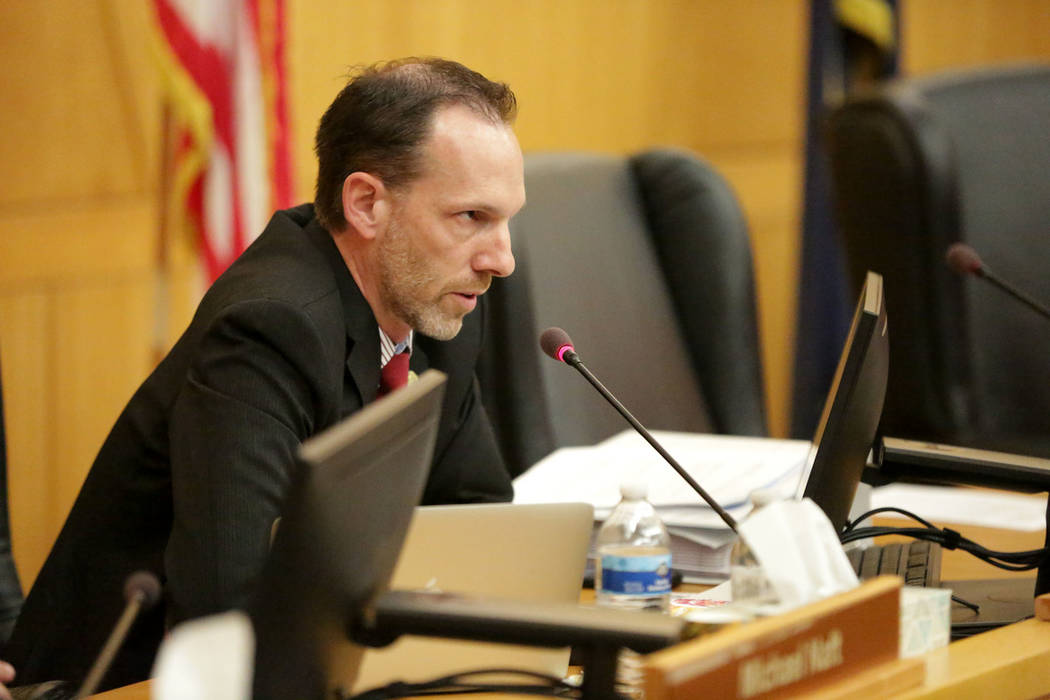 A super majority on the Clark County Commission voted Tuesday to increase the sales tax. They’re going to figure out how to spend it later. That sounds like the start of a parody, but that’s what happened this week.

This farce begins at the Legislature. Democrats in Carson City held near super-majorities in both chambers but were reluctant to be seen as raising taxes.

Gov. Steve Sisolak specifically said in his State of the State address that his budget didn’t contain any tax increases. He broke that promise by extending a portion of the modified business tax that was set to decrease. Senate Republicans are currently suing over that move, because the bill didn’t receive a two-thirds vote in the Senate, which the state constitution requires.

Despite Sisolak’s rhetoric, his initial budget proposal didn’t contain enough money to pay for the 3 percent raises he promised teachers. Legislative leaders had to scramble to fill the hole.

This left Democrat leaders in a bind. They wanted to send more money to schools but didn’t want to raise taxes. The solution, Assembly Bill 309, was a punt. It authorized county commissioners to increase the sales tax by a quarter of a percent.

The county commission couldn’t just send the money to the school district’s general fund. Any money raised by the tax increase had to go towards specific programs. These include early childhood education, adult education or incentives for teachers at schools with high vacancies. This restriction means the money can’t be used to pay for the teacher raises the Clark County School District agreed to last week.

The county doesn’t even have to spend this money on education programs. The bill also allows the money to go toward affordable housing or reducing homelessness. If this sounds like the recipe for a boondoggle, you’re right.

The commission ended up approving an eighth-of-a-cent increase to take effect in January. That will raise Clark County’s sales tax rate to 8.375 percent and generate $54 million. The commission will solicit applications from government agencies and other groups who’d like a portion of the money. At least when Gov. Brian Sandoval passed the largest tax hike in Nevada history in 2015, he had a plan for how to spend the money. The county commission has all but labeled this a slush fund. There’s talk of accountability, of course. But if the county and school district were responsible with the money they already had, they wouldn’t need more to address these issues.

The bottom line is this. The sales tax is going up. Exactly how the Clark County Commission plans to waste your hard-earned money is yet to be determined.