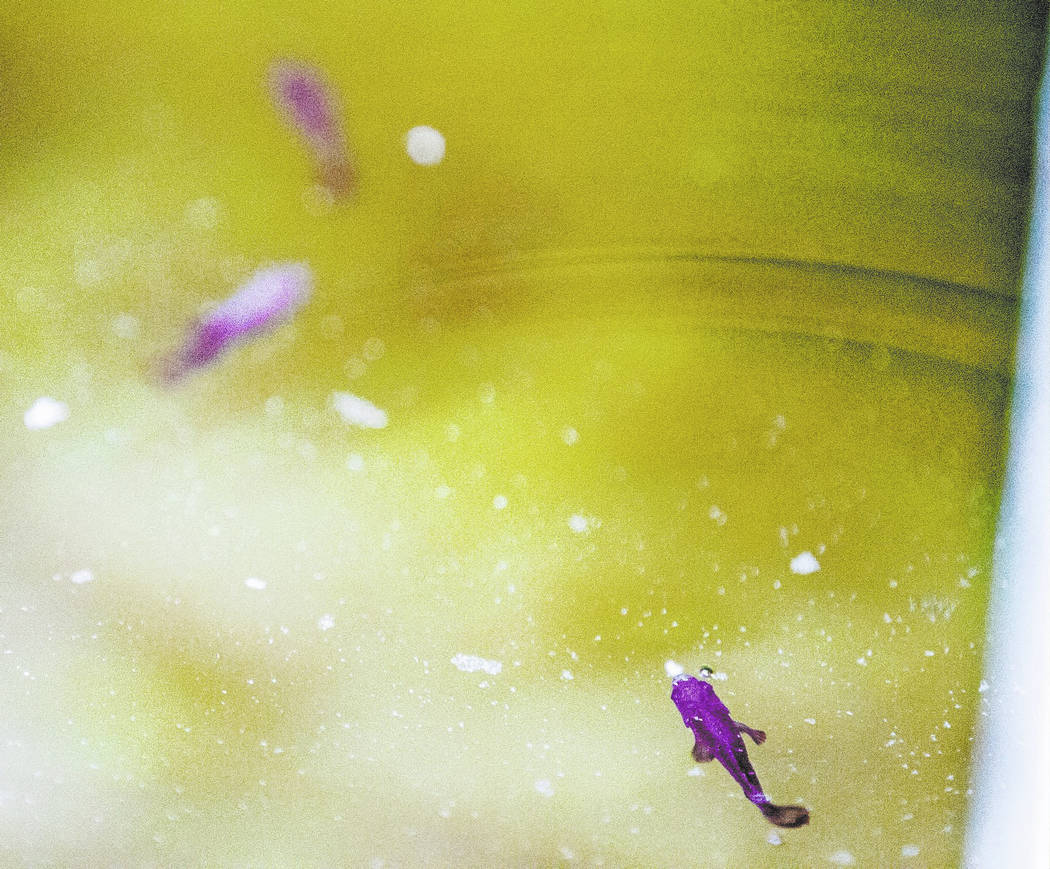 The saga of the Devils Hole pupfish has again been brought to light at the species’ remote outpost, 90 miles west of Las Vegas. Like many government projects, it’s never-ending and always-spending.

As the Review-Journal’s Henry Brean reported this month, a team of four divers recently took the plunge into the water-filled Devils Hole cavern to assess the state of the endangered creature. They found 87 such fish, down from 111 at this time last year. It could have been worse — in 2013, the count bottomed out at 32, far off the high of 544 in 1990.

“We’re not in crisis mode. But we’re certainly concerned, and we’re actively working to improve the abundance of pupfish,” said Michael Schwemm, senior fish biologist for the U.S. Fish and Wildlife Service in Southern Nevada. That agency is joined by the National Park Service and the Nevada Division of Wildlife in the continuing effort to build pupfish numbers.

That effort, however, comes at incredible expense relative to the pupfish’s value in the ecosystem — which is practically none. As we have previously noted, tens of millions of dollars have been spent on the Devils Hole pupfish project, despite there being all sorts of pupfish — just not this specific version of the inch-long fish — in areas throughout the world.

Devils Hole is protected by barbed wire, a security system and solar-powered, 24-hour video surveillance. A dedicated team of scientists feeds the pupfish five times per week. And in 2013, the U.S. Fish and Wildlife Service opened a research facility less than a mile from the pool. It includes a 100,000-gallon tank that perfectly replicates Devils Hole.

That facility is estimated to have hatched another 100 or so pupfish, but the lab came at an initial cost of $4.5 million and requires about $250,000 a year to operate. Total it up, and you’ve got $5.75 million of taxpayer money tied up so far in just the facility, on top of all the money that’s been flushed into Devils Hole for decades.

Mr. Brean writes that before the latest count in the cavern began, members of the dive team offered predictions for what they would find — just a little friendly competition among colleagues, with no real stakes involved.

“This is a government operation, so there’s no gambling,” joked Kevin Wilson, an aquatic ecologist for the National Park Service.

Yet the joke is on the taxpayers. Is there no financial limit to this undying project?