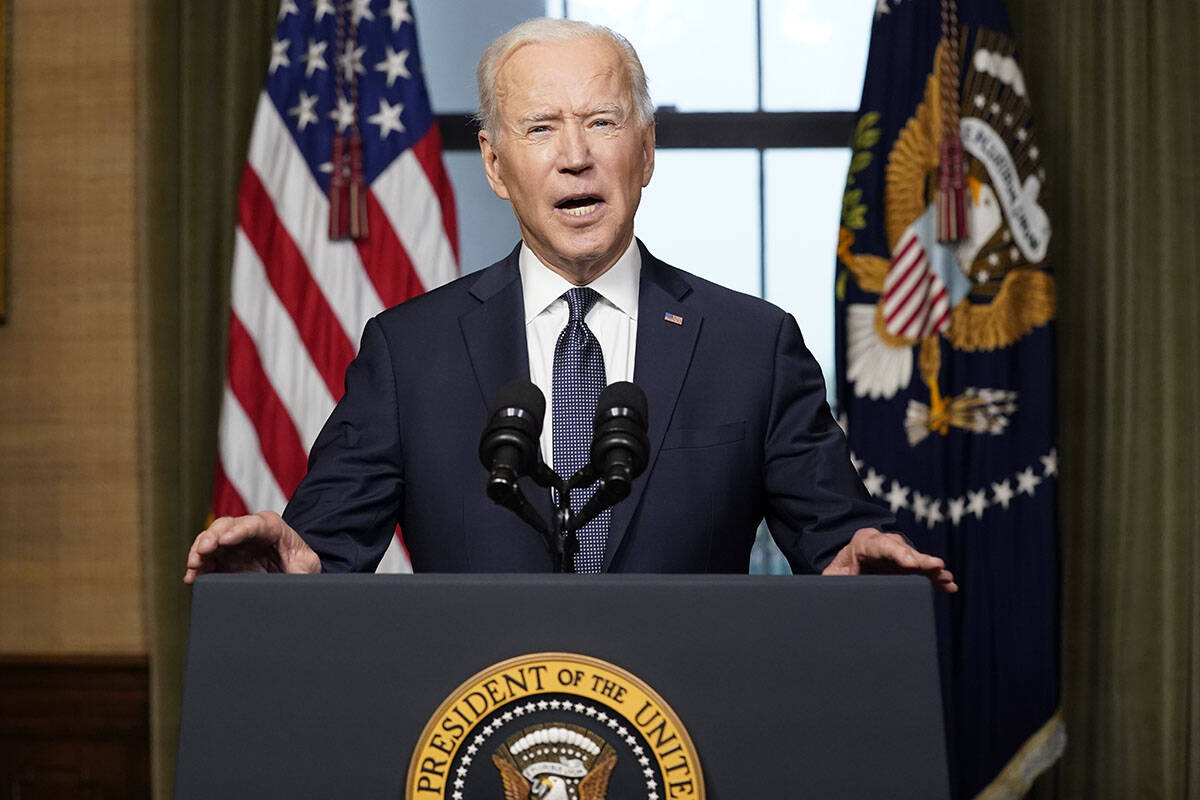 President Joe Biden speaks from the Treaty Room in the White House on Wednesday, April 14, 2021, about the withdrawal of the remainder of U.S. troops from Afghanistan. (AP Photo/Andrew Harnik, Pool)

Gasoline prices are heading skyward again, and President Joe Biden is back to begging foreign interests to keep pumping even as the White House threatens to drive domestic producers out of business. And so, once again, we see on full display the economic confusion that has characterized the first 21 months of this foundering administration.

The average price of gasoline in Nevada stands at $5.51 a gallon, up more than 40 cents in the past week. Washington, Oregon, Arizona and Alaska have experienced similar increases. Californians are now paying an average of $6.38 a gallon.

When gasoline prices declined steadily for three months during the summer, Mr. Biden was eager to take credit for the improvement. Now? He’s pointing fingers in a desperate attempt to shift blame with an election on the horizon.

“Bring down the prices you’re charging at the pump to reflect the cost you pay for the product,” said the president, hectoring oil companies last month. “Do it now. Do it now. Not a month from now — do it now.”

In the meantime, the White House is again begging foreign producers to keep the oil flowing, a move that failed miserably when OPEC announced a cut in production on Wednesday. A draft of talking points circulated by the White House to the Treasury Department and obtained by CNN last week framed the latter development as a “total disaster.”

But if Mr. Biden were serious about relief at the pump, he’d call a cease-fire in his relentless attacks on domestic producers. Instead, his energy secretary continues to cite oil company profits as evidence that “corporate greed” is driving the price spikes. It’s the same malarkey the administration has used to deflect attention from its culpability for inflation at large. Apparently, after decades of relatively stable prices, the nation’s rapacious business class all got predatory at the same time, just a few months after Mr. Biden’s election. What a coincidence.

“The focus of this administration,” noted a statement from the American Petroleum Institute and the American Fuel and Petrochemical Manufacturers, “should not be on trapping product in the United States or diverting fuel away from retail sales and into storage, but rather, on how to better produce and more affordably move U.S. product within the United States.”

Instead, Democrats, who currently run Washington, have made clear that they would prefer the nation’s oil and gas resources remain in the ground. Such rhetoric and the subsequent regulatory environment have consequences for both short- and long-term businesses investment. That, in turn, has ramifications for energy prices. Mr. Biden may not be capable of connecting the dots, but let’s hope voters — fresh off that $100 fill-up — can see the obvious.