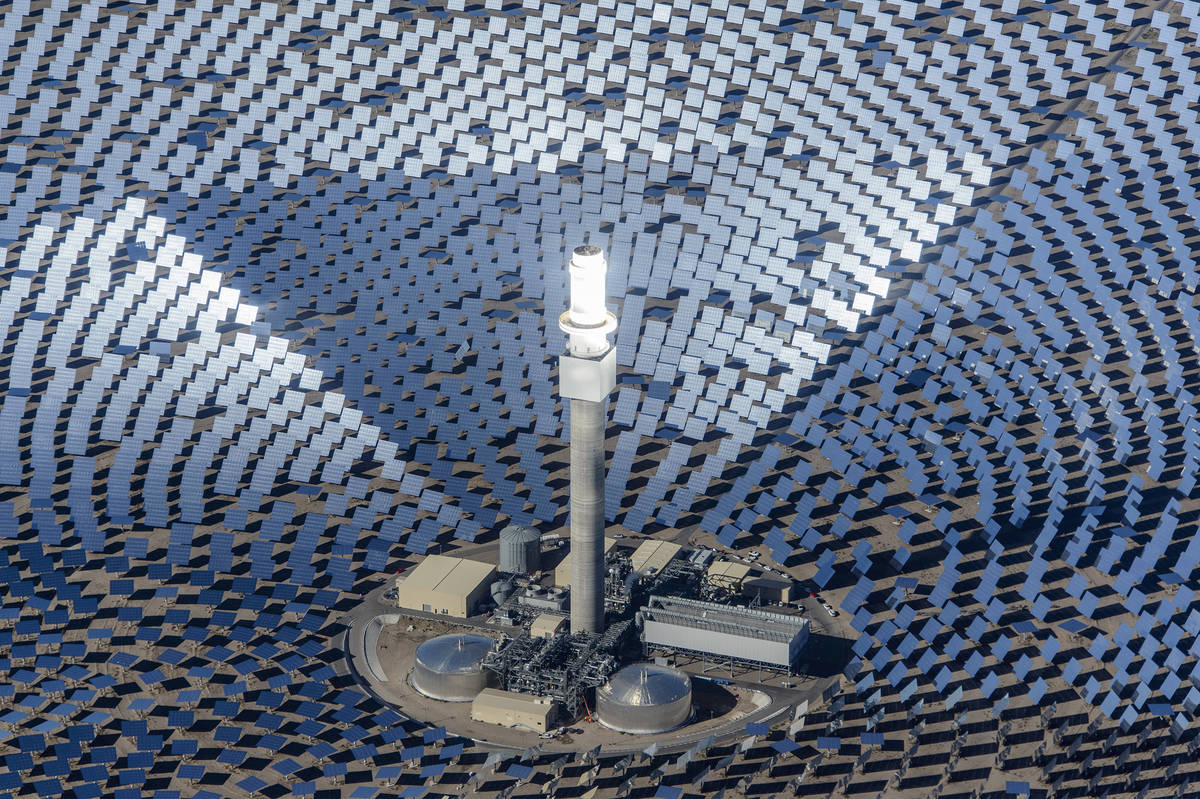 A failed solar plant in Tonopah is a reminder that reality frequently fails to live up to the promises of the green energy hype machine.

In late July, the U.S. Department of Energy announced that it would recuperate $200 million from the failed Crescent Dunes Solar Energy Project. The $1 billion solar plant received $737 million in taxpayer loan guarantees in 2011. The project sounded too good to be true.

The plant was supposed to generate clean energy using more than 10,000 mirrors to heat molten salt in a 640-foot-high tower. The superheated salt would then boil water, creating steam to produce power. Making this endeavor even more exciting was that salt was supposed to be able to store heat and produce electricity after sunset.

The footprint of the plant was huge, encompassing 1,600 acres. Funny how many environmentalists don’t object to massive disruptions of wilderness when it’s done to advance an agenda that enriches green energy interests.

At the time, the solar plant seemed poised to utilize the free sunlight Nevada has in abundance. Former Sen. Harry Reid frequently talked of his desire to turn Nevada into “the Saudi Arabia of geothermal and solar energy.” This project was a big part of that. In 2011, the DOE boasted that Crescent Dunes would “be the first of its kind in the United States and the tallest molten salt tower in the world.” It was supposed to provide power to more than 43,000 homes. NV Energy agreed to buy at inflated prices the electricity it produced.

Then reality hit. The Crescent Dunes project suffered numerous technical failures. It started producing power in late 2015, months behind schedule. The next year, a leak in the hot salt tank took the plant offline entirely. In the second half of 2017, it started generating power — sometimes. NV Energy said the plant “experienced frequent and prolonged outages.” Last year, SolarReserve, which is a partial owner, told a court that the hot salt tanks “suffered a catastrophic failure, which caused ground contamination and required the removal of the solar tower that is essential to the plant’s ability to generate any electrical power to function as designed.”

Nevada suddenly had its own Solyndra. Taxpayers should consider themselves lucky to have recovered $200 million.

There’s a lesson to be learned. If a solar energy plant can provide cheap, reliable power, it will succeed with or without the government’s help. When government starts picking winners and losers in the energy market — or the economy more broadly — too often it picks the losers with taxpayers picking up the tab.